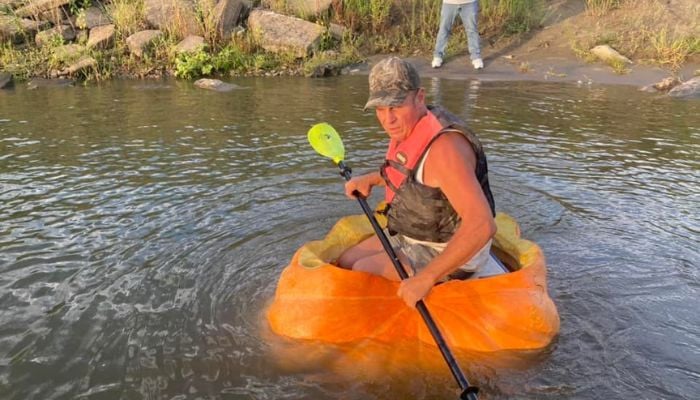 A new Guinness World Record is gaining the internet’s attention for its peculiarity.

A man in the US has set a record for the longest trip taken on a boat made out of a large hollowed pumpkin, reported BBC. Duane Hansen rowed 61 kilometres on the pumpkin boat which he said he grew himself.

The Nebraska man set the record on his 60th birthday by journeying down the Missouri river on August 27.

Pictures of the old man stuffed inside the pumpkin are making the rounds on social media. Hansen invited city officials to witness his record-setting attempt.

“Love this!! What a brilliant thing to do! Well done Duan. Have been following this story from the UK,” a user commented.