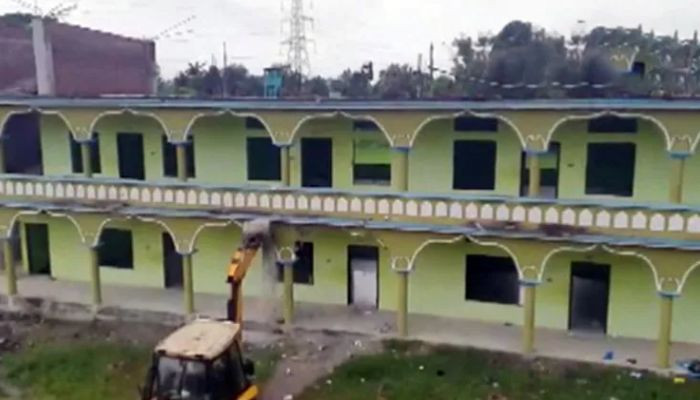 A private madrassa in India’s Assam was razed over alleged links with Al-Qaeda in the Indian Subcontinent (AQIS) and Bangladesh-based outfit Ansarullah Bangla Team (ABT), reported Hindustan Times.

The outlet reported that this was the third private institute to be demolished for alleged connection with terrorist organisations.

Two imams at the madrassa alleged to the police that one of the teachers, had links with terror groups. On August 26, Rahman was arrested based on these allegations.

District superintendent of police (SP) Swapnaneel Deka said that the police found incriminating documents during a raid that suggested links with terrorist groups.

Almost 200 students had to be sent home after a notice about the demolition was issued on Tuesday.

“Besides, the madrasa on private land was constructed without following necessary provisions and permits. Therefore, it was demolished under provisions of the Disaster Management Act,” said the SP.