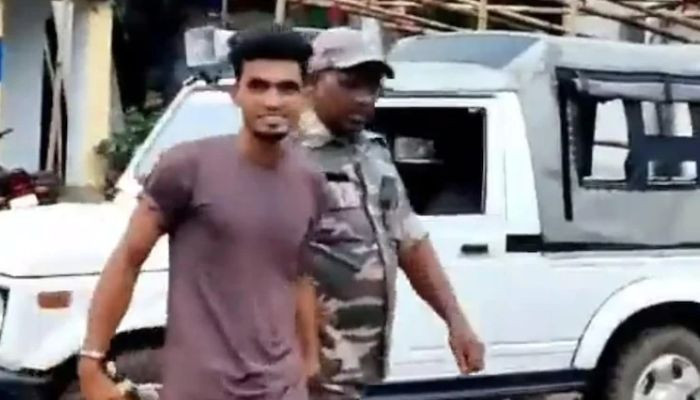 The young man who burnt a 19-year-old woman to death in India for allegedly refusing his proposal was seen smiling after being arrested by the police.

The woman, who was a college student, initially survived with 90% of her body burnt but eventually succumbed to her wounds on Sunday.

Recently, a video of the accused, Shahrukh, surfaced online where he smiles nonchalantly while being handcuffed.

Social media users have expressed their rage and disappointment, condemning his “shameless smile.”

To maintain law and orders amid protests for the young woman’s justice, the district administration had to impose Section 144 of the Code of Criminal Procedure (CrPC) which disallows the gathering of four or more people in the concerned area, reported India Today.

Shahrukh had reportedly attacked the woman while she was sleeping in her home. He poured petrol over her from a distance and set her on fire.

According to a statement the victim gave to an executive magistrate with extreme difficulty, he called her over a week ago asking her to become his friend.

When she refused, he threatened to kill her.