VIDEO: Man dies after being hit by flaming bull during Spanish festival 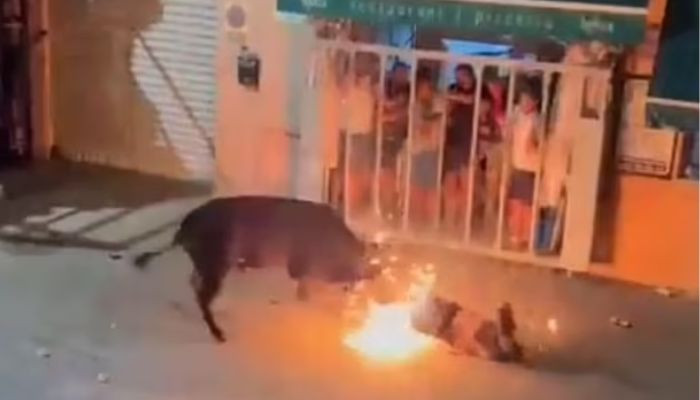 A man was hit to death by a bull with flaming horns during the Spanish festival of bull-runnning.

The deceased has been identified as Adrian Martinez Fernandez, 24, who was smashed by the beast in Valencia, Spain, reported MailOnline.

Footage shows the furious bull hitting Adrian with all its might while its horn burned. It turned him over and then smashed him.

While Adrian did not have any visible injuries, the medical staff at the hospital realised that his spleen had been ruptured with other serious internal injuries.

Doctors were left with no hope of saving him.

The bullfighting night due later the same night was suspended by the City Council.