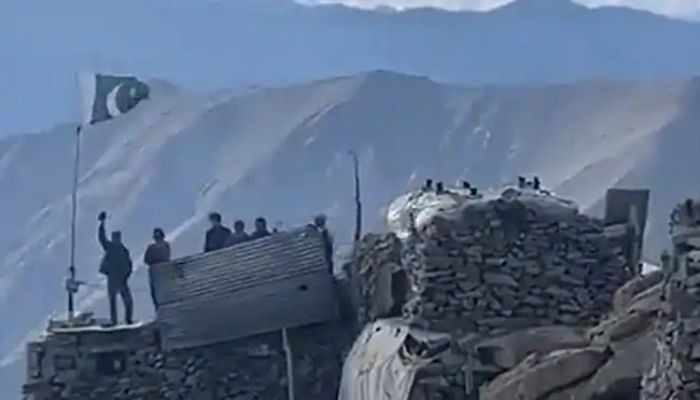 It is known that music unites people, transcending all boundaries and differences.

A recent video that has now gone viral is evidence of just that.

In the video posted by many on different social platforms now, Indian Army personnel can be seen enjoying a Punjabi song by popular singer late Sidhu Moose Wala.

The soldiers can be seen performing bhangra dance to the catchy music at an army post on what seems to be the top of a hill. They dance and make friendly gestures toward the other side of the border.

However, that is not what made the video viral.

Once the camera zooms in to the other side of the border, a soldier on Pakistan’s side on an army post is seen waving back at the dancing Indian soldiers.

Referring to Moose Wala’s murder, a user said: “This is so overwhelming and emotional.. people across border too felt the pain of his loss. May he be in peace now.”

“That’s the power and beauty of music, creating bridges between people, no matter how different they are!” exclaimed another.

While this particular post has over 656,000 views, on all social media platforms combined the video has garnered millions of views and likes.