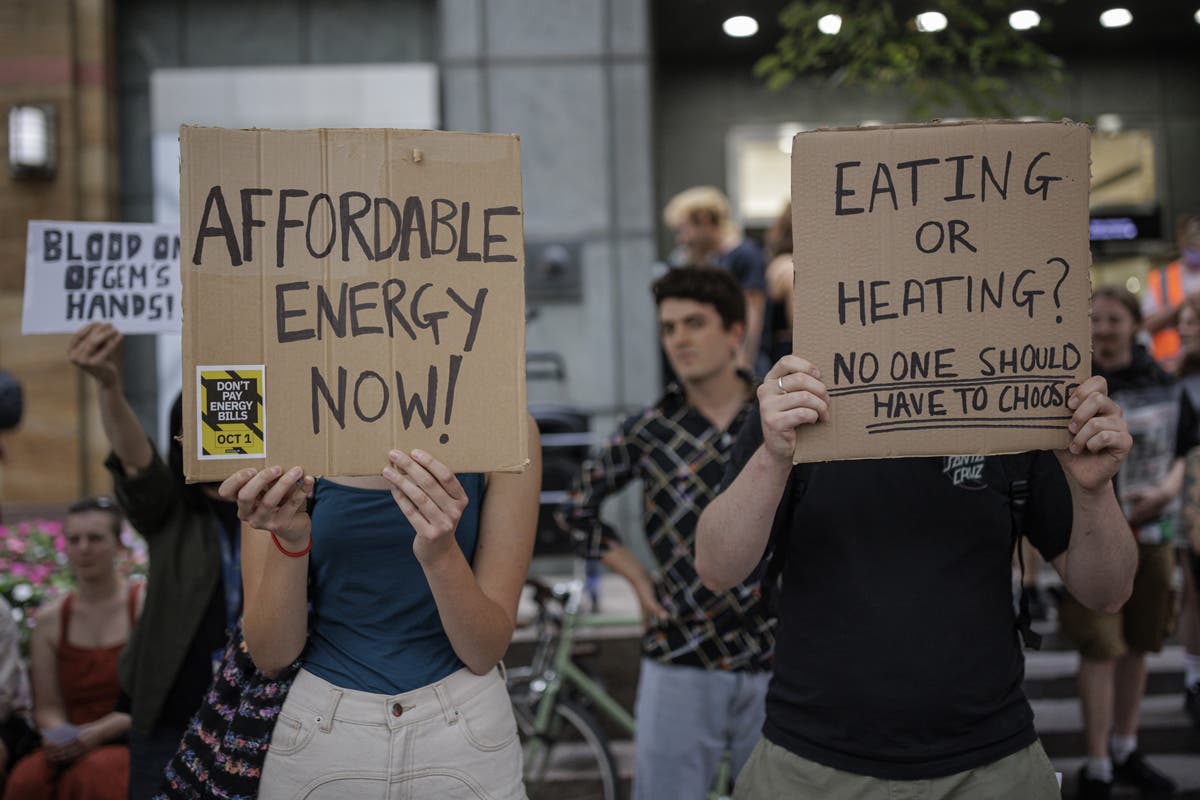 iddle earners will need help from the Government to pay their energy bills as prices could remain high for two years, the Chancellor has warned.

Nadhim Zahawi urged households to reduce their energy use and said that support could not be confined to the lowest earners.

It comes after Ofgem announced an increase in the energy price cap meaning a typical household will pay more than £3,500 per year on average from October. Estimates suggest bills could reach as high as £6,600 by April.

All households will receive a £400 discount which will be paid in 6 instalments from October, while those on Universal Credit and other benefits will get payments totalling £650.

Speaking in an interview with the Telegraph, Mr Zahawi said: “My concern is there are those who aren’t on benefits.

“If you are a senior nurse or a senior teacher on £45,000 a year, you’re having your energy bills go up by 80 per cent and will probably rise even higher in the new year – it’s really hard.

“If you’re a pensioner, it’s really hard. So Universal Credit is a really effective way of targeting, but I’m looking at what else we can do to make sure we help those who really need the help. We’re looking at all the options.”

Among the options Mr Zahawi is said to be drawing up for the next Prime Minister to consider when they take office are reintroducing Covid-era cuts to VAT and business rates, and giving energy suppliers huge loans to enable them to weather the crisis and reduce bills by up to £500 a year.

Asked about a freeze in the price cap, as demanded by Labour, Mr Zahawi said, “nothing is off the table”.

Mr Zahawi also denied that the Tory leadership contest, which concludes on September 5, had paralysed the Government from taking action on the energy crisis, saying the Treasury “hasn’t stopped working”.

A spokesman for Liz Truss, who is widely regarded as favourite to become the next Prime Minister, said on Friday that she would “ensure people get the support needed to get through these tough times”, if she gets the top job.

Her rival, Rishi Sunak, also told broadcasters that protecting people from rising energy bills would be his “immediate priority” as prime minister.

Around 100 protesters turned up to demonstrate against the energy price hikes outside Ofgem’s headquarters in Canary Wharf on Friday evening.

Members of the crowd shouted “enough is enough” and “freeze profits, not people” in a rally organised by Don’t Pay UK, which is promoting a non-payment strike of energy bills from October 1.

“There’s a pipeline of cash coming through over the next few months and through the autumn and the winter,” he told broadcasters during a trip in Surrey.

“But that is clearly now going to be augmented, increased, by extra cash that the Government is plainly going to be announcing in September.”