Who are Just Stop Oil? All we know about climate change protesters 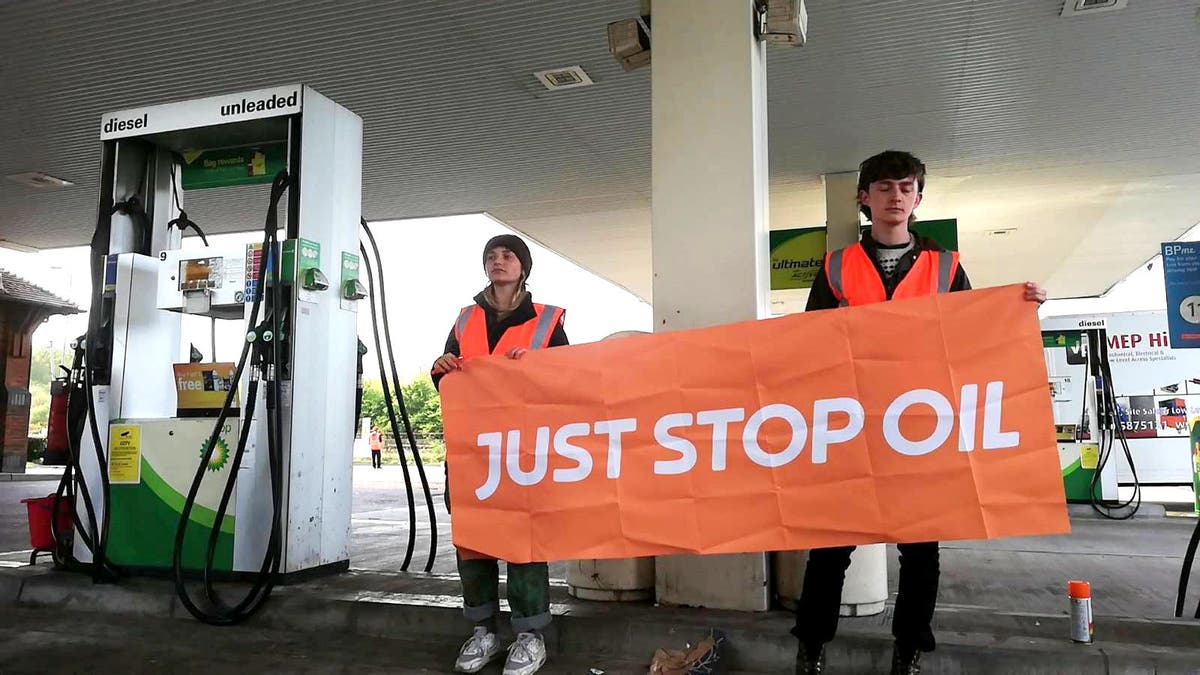 t’s likely that you’ve heard about the Just Stop Oil group’s protests over the past year, with their activism leading to multiple arrests and more than 70 activists facing criminal charges.

The group has partaken in a number of stunts, including storming the British Grand Prix track in early July, a protestor cable-tying himself to a goalpost, and several gluing themselves to a Van Gogh painting in London’s Courtauld Gallery.

While Just Stop Oil’s stunts have evoked plenty of anger from sports fans and the public – as several of their protests have disrupted roads and those heading to airports and matches – many believe they should be getting more support for their causes.

On Wednesday, July 20, the group blockaded the M25 and declared it a “site of civil resistance”.

It comes after recent fires across the UK amid the heatwave that saw record-breaking temperatures. People are now finally calling for the climate crisis to be addressed rapidly by the Government and business.

From what they’re hoping to achieve to when the group was founded, here’s everything you need to know.

Who are Just Stop Oil? All we know about climate-change protesters

Just Stop Oil was founded just months ago, in April 2022, with the group having staged several protests since.

The climate-activist organisation is formed of several groups, with organisers from Extinction Rebellion and Insulate Britain at the helm.

Its website states: “Just Stop Oil is a coalition of groups working together to ensure the Government commits to halting new fossil-fuel licensing and production.

What are the goals of Just Stop Oil?

While the name is a key giveaway, Just Stop Oil has a number of objectives to put an end to new licencing and “consents for the exploration, development and production of fossil fuels in the UK”.

The group also states that it is demanding that the Government stops all new oil and gas projects.

The website says: “Allowing the extraction of new oil and gas resources in the UK is an obscene and genocidal policy that will kill our children and condemn humanity to oblivion. It just has to stop.

“If we continue down our current path, it will destroy families and communities. We will face the starvation and the slaughter of billions of the poor – and the utter betrayal of our children and their future.

“Does our government get this? They are actively enabling the fossil-fuel industry through obscene subsidies and tax breaks for new fossil-fuel extraction.

“They are wasting billions supporting unicorn technologies, such as carbon capture and storage projects, which provide a fig leaf for business-as-usual to continue. There has been no rapid and sweeping social change, no widespread adoption of low-carbon technology, no war-style mobilisation.

“The choice: rapid transition to a low-energy and low-carbon world, or social collapse. We can do it now, in an orderly manner – creating millions of proper skilled jobs and protecting the rights of workers in sunset industries – or we wait for the unavoidable collapse.”

Why were Just Stop Oil arrested most recently?

Just Stop Oil have been arrested multiple times. On one occasion, they were arrested after gluing their hands to Leonardo da Vinci’s famous painting, The Last Supper, at the Royal Academy in London.

In a statement, Just Stop Oil said it’s “calling for the Government to commit to immediately halt new oil and gas licences in the UK and for the directors, employees, and members of art institutions to join the Just Stop Oil coalition in peaceful civil resistance”.

On Wednesday 24 August, 20 members of the group were arrested after allegedly damaging fuel pumps and gluing themselves to forecourts at the Clacket Lane and Cobham service stations on the M25.

Others also sabotaged petrol pumps by breaking display glass and covering them with spray paint.

Just Stop Oil spoke out, saying 32 of its supporters blocked access to fuel pumps by sitting in the road with banners from around 5am. They also tweeted images of what took place.

Surrey Police said officers were “working as quickly as we can to remove the protesters from the service stations”.

The force said people had been arrested at protests at service stations along the M25 on Wednesday morning.

“We appreciate the disruption this is causing and we are working as quickly as we can to remove the protesters from the service stations,” police said earlier.

Members of Just Stop Oil have launched a series of protests on roads across the UK, to push for an end to the use of fossil fuels.

Just Stop Oil tweeted on Wednesday morning: “Disruption will continue across the UK until @10DowningStreet issues a meaningful statement to commit to halting all NEW oil & gas projects.

“The time for action is now.”