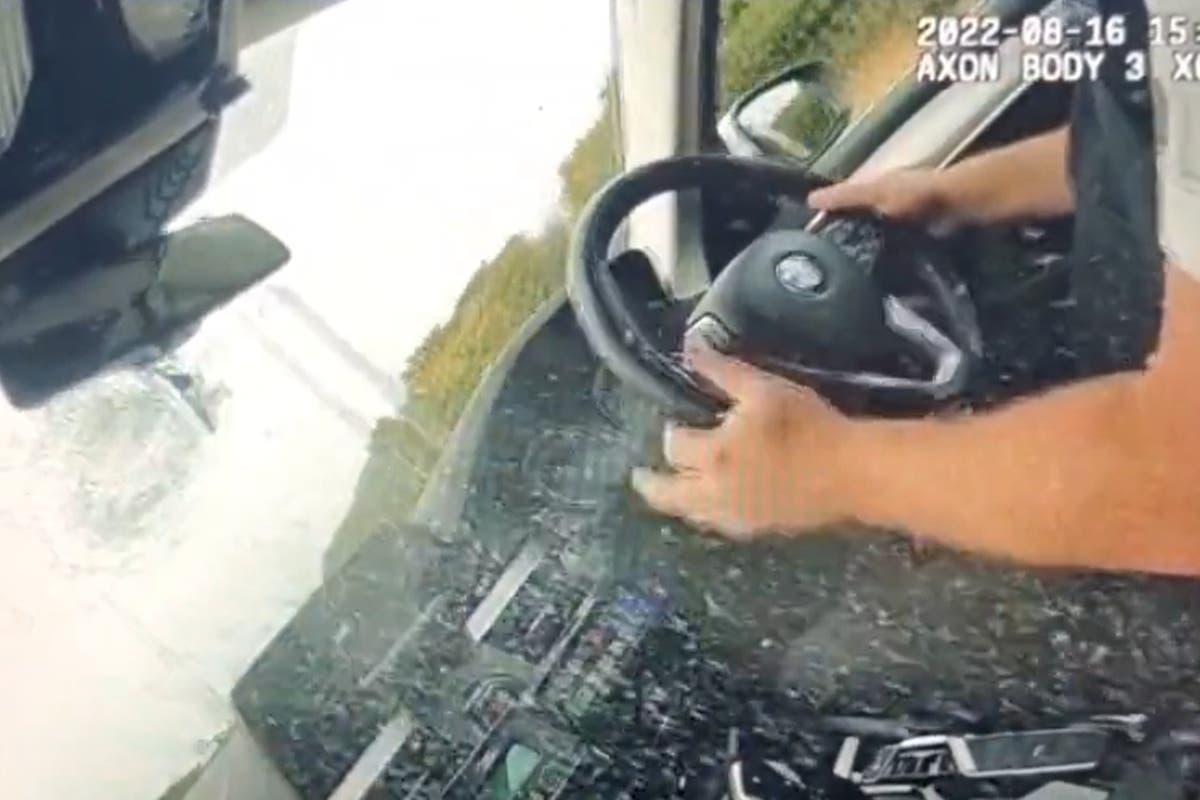 Dramatic footage shows the moment the brick came hurtling towards two officers inside a police vehicle, before smashing through the windscreen.

One officer can be seen raising his hands to his face in disbelief.

“Luckily there were no injuries (apart from a spoilt coffee),” Met Police Roads and Transport Policing Command posted to Twitter.

“This is why we take load security so seriously. No loads above the bulk, appropriate sheeting/netting is required or you will receive a fine, points and prohibition,” it warned.

In a separate post, the Command tweeted: “Officers from [Commercial Vehicle Unit] often get asked ‘Do you not have anything better to do, it’ll never come off’.

“This is what happened to…officers responding to an incident where a brick had fallen from a vehicle on the A406 and a further lorry got it caught in its tyres.”