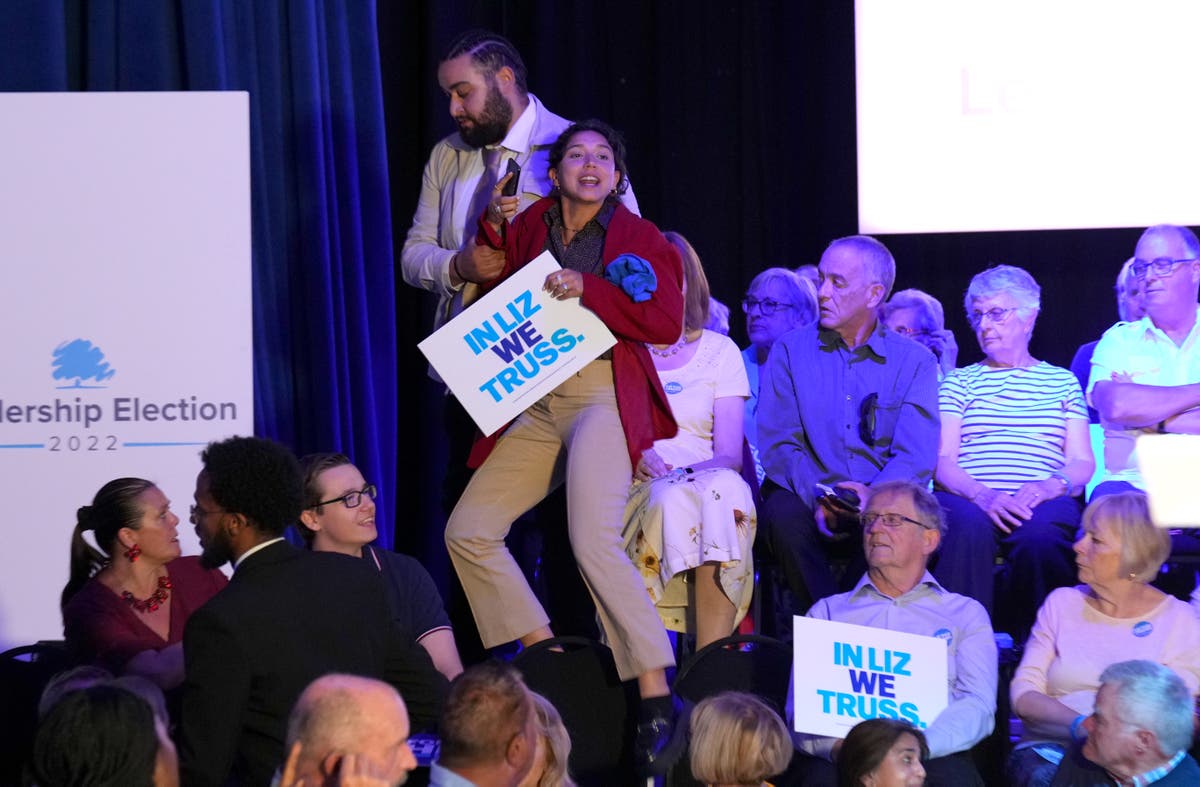 iz Truss has vowed to clamp down on what she called “unfair protests” and “militant trade unions” after five protesters disrupted her on stage, shouting “shame on you”.

The protesters were kicked out of a televised hustings in Eastbourne after disrupting the event to call for a ‘Green New Deal’.

The Foreign Secretary, and front-runner in the race, described them as “infiltrators”.

“I would legislate immediately to make sure that we are standing up to militant trade unions who stop ordinary commuters getting into work. And I would legislate to protect our essential services.”

She added: “And I will make sure that militant activists such as Extinction Rebellion, are not able to disrupt ordinary people who work hard and do the right thing and go into work.

“I will never ever, ever allow our democracy to be disrupted by unfair protests.”

Ms Truss was briefly heckled again by another protester while taking questions from the audience, with the Foreign Secretary saying she “takes it as a compliment”.

In a statement about the protest, one of those involved, Fatima Ibrahim, claimed Ms Truss “has nothing credible to say in response to the cost of living crisis and the climate crisis”.

“As young people who are scared for our futures, we desperately need a green new deal and political leadership to meet this moment of crisis rather than this sideshow,” she said.