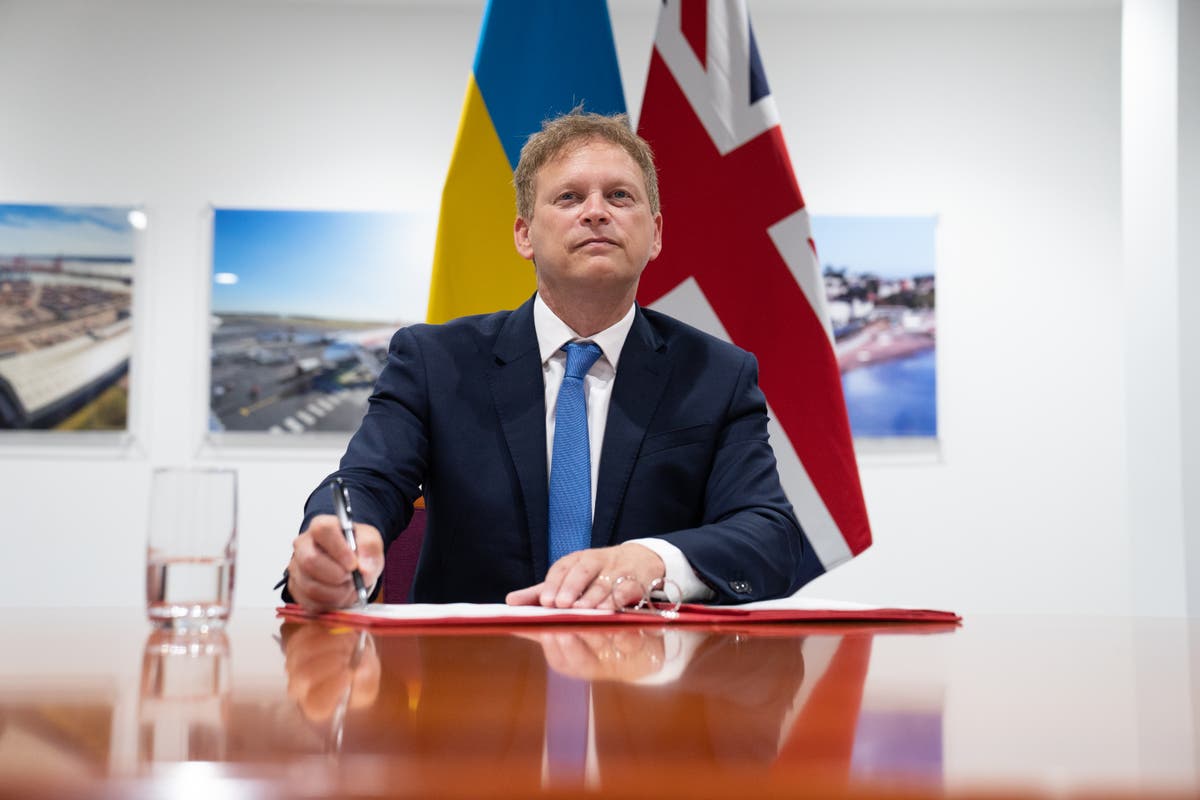 As Ukraine’s infrastructure collapses six months into Russia’s invasion, the package will provide engineering expertise from companies including Rolls-Royce.

Along with providing advice on reconstructing airports, runways and ports, the deal also earmarks £10 million for repairing bridges and buying shipping containers to mobilise grain trains.

The Government hopes this will boost Ukraine’s grain exports and ease the pressure on food prices, which have soared since Russia invaded a country known as “Europe’s breadbasket”.

Mr Shapps signed the pact on a call with his Ukrainian counterpart, Oleksandr Kubrakov, who reminded him they had spoken on February 24 – the day war broke out.

“He later told me he was in a field just outside Ukraine, just not knowing what would happen in the next few hours,” he told PA news agency.

“Six months in, it seems like the appropriate time to put an action plan in place, to think about the reconstruction of Ukraine.

“Since we know that nearly 100 billion US dollars damage has been done in Ukraine, there’s plenty of reconstruction work to be done.”

Britain will also send five buses from the Go-Ahead Group, which the Transport Secretary said would “get… people moving again in the face of this brutal conflict”.

There is speculation that Mr Shapps, who is backing Rishi Sunak in the Tory leadership contest, may be pushed out of his post next month.

On his call with Mr Kubrakov, he said: “We have this leadership election as you know… in two weeks’ time we’ll know exactly where we’re up to.”

I think the whole country, the whole of our country, has found something in common with what’s happened in Ukraine

Mr Shapps said he was unsure how long he would remain at the Department for Transport but stressed that Britain’s support for Ukraine would not waver.

“I don’t know exactly what will happen, I’ll leave that to the next prime minister,” he said.

“What I do know is that support for the Ukrainian people will still be here next month, and that I can guarantee.”

The announcement came a day after Ukraine’s independence day, when Boris Johnson said Britain would have to endure higher energy bills to stand up to Russian aggression.

Mr Shapps took in a family of Ukrainian refugees in April, and said after signing the infrastructure deal that they had brought the conflict home to him.

“They’ve been with us for more than four months now, I think, so they’ve lived with us for a long time,” he said.

“Seeing how they’re settling in, the child’s gone to school and learning English, and all of those different things – you know, of course makes it very real.

“I think the whole country, the whole of our country, has found something in common with what’s happened in Ukraine.”