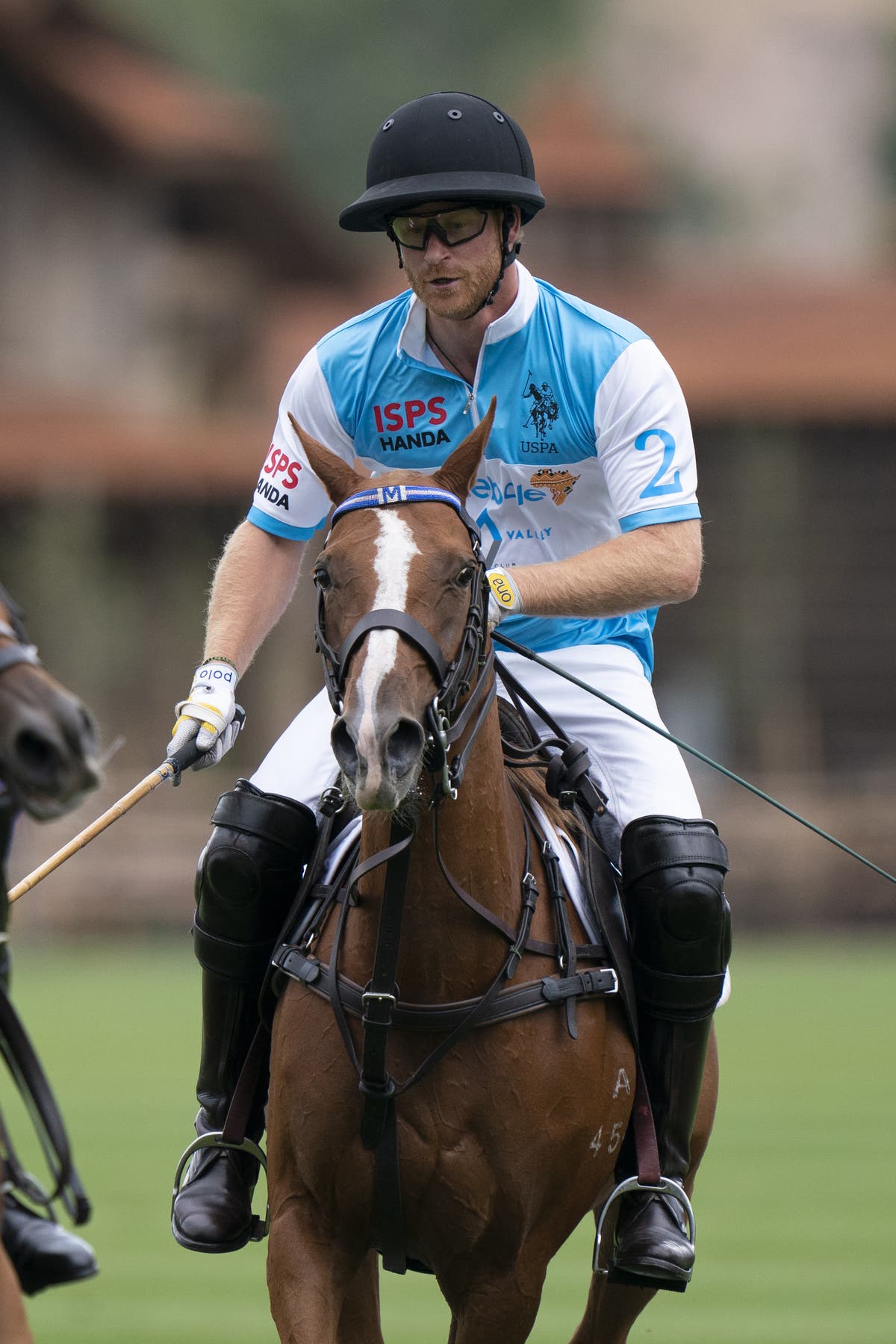 he Duke of Sussex rode to victory in an annual charity polo tournament in Aspen, Colorado, with commentators praising his “superstar” play.

Thunder rumbled overhead as the duke and his teammates accepted their title, retained from last year, in the Sentebale ISPS Handa Polo Cup.

The players received individual prizes and then the official competition cup, which was presented by All Blacks star Dan Carter.

The event on Thursday aimed to raise funds and awareness for Harry’s charity Sentebale, which works with children and young people in southern Africa.

Harry played on the Sentebale Team, joined by his longtime friend and the charity’s ambassador; Argentine polo player Nacho Figueras, in the round robin tournament.

The duke scored a hat-trick in his first game, and another goal in the second, charging from one end of the pitch to the other to score.

“He went coast to coast, like buttered toast,” one commentator was heard to say.

Sadly, the Duchess of Sussex was not present to witness her husband’s impressive display on the pitch.

Figueras later praised Harry as a “noble” and “rock solid” friend who was truly committed to the charity.

“Being able to be here playing a sport that we love and that we share together as friends and teammates, while supporting a great cause like Sentebale, it’s a great thing,” he told the PA news agency.

“We’ve been friends for quite a long time now… he’s been rock solid from day one.

“I like everything about him. He is noble, he is a good friend (and) he’s a very good polo player.

“He’s a competitive person… he likes to win.”

Harry’s Sentebale team beat US Polo Assn 4-2 in their first game, and Royal Salute 3-2 in their second.

Open Levita, a seven-year-old chestnut mare ridden by the duke during his first game, was also awarded best playing pony of the competition.

Sentable was set up in 2006 by Harry and Prince Seeiso of Lesotho.

The charity works with children and young people in southern Africa whose lives have been affected by extreme poverty, inequality, HIV/AIDS and, more recently, Covid-19.

The Sentebale ISPS Handa Polo Cup is held yearly at the Aspen Valley Polo Club, and serves as the single-largest fundraising event for the charity to advance its mission on behalf of young people across Lesotho and Botswana.

Ahead of the event, Harry said: “Sixteen years ago, Prince Seeiso and I founded Sentebale in honour of our mothers’ work in HIV, and named after my mum’s favourite flower, the ‘forget-me-not’ in Sesotho, representing our commitment to always remembering and advocating for those in need.

“We are all proud of the support we are able to give the young people of Lesotho and Botswana to feel empowered, healthy, resilient, and able to thrive.

“The funds raised this year will be invested in these communities at a critical time, as inequalities have been exacerbated by the pandemic.

“We are enormously grateful to our partners and supporters here today, especially our long-standing title sponsor, ISPS Handa, for making the day possible.”