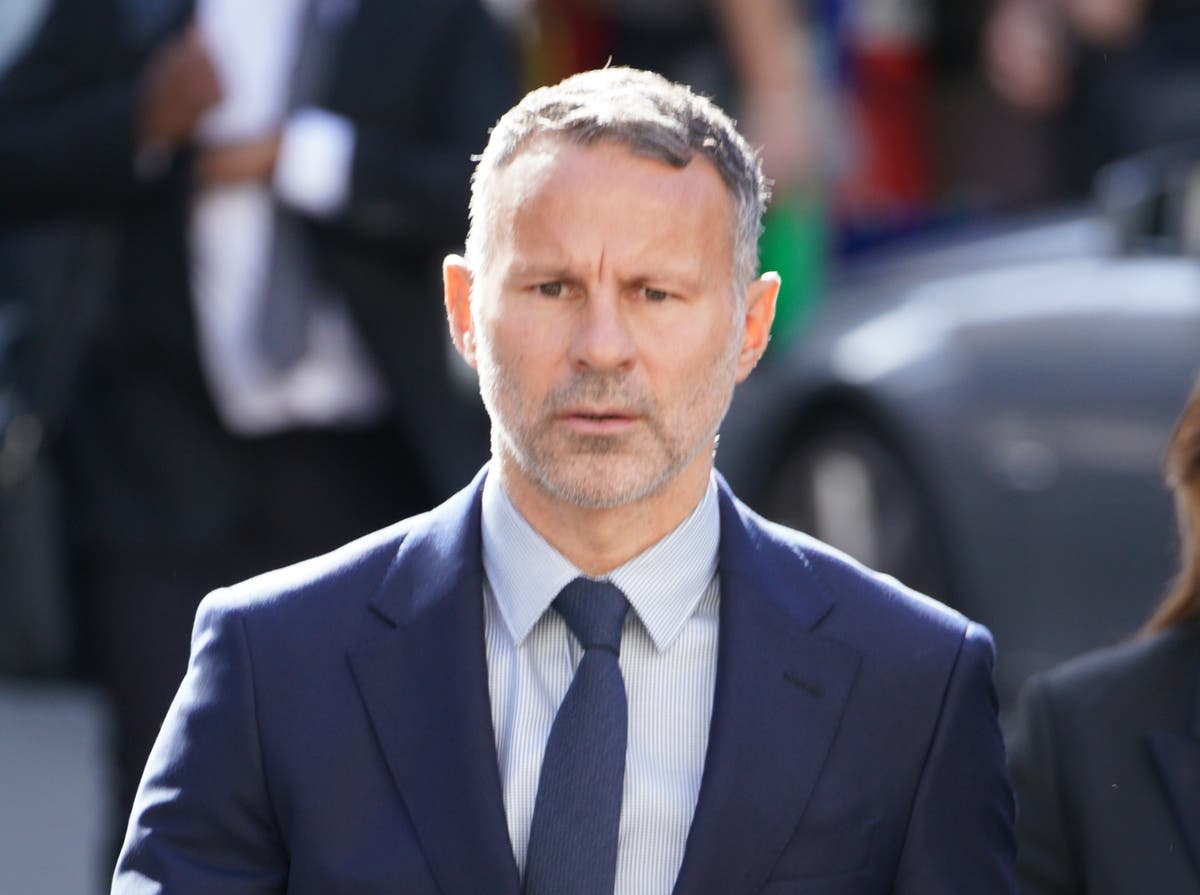 he jury in the trial of Manchester United star Ryan Giggs has been discharged after failing to reach verdicts.

The 48-year-old retired footballer is accused of coercive and controlling behaviour towards Kate Greville towards the end of their six-year relationship.

She also claims he headbutted her during a final altercation at his £1.7 million mansion, and Giggs is accused of assaulting Ms Greville’s sister Emma.

Giggs denies all the charges durning a month-long trial at Manchester crown court.

After more than 22 hours of deliberations, the jury was today discharged after failing to reach verdicts on all the charges.

The case has been adjourned until a hearing on September 7, when prosecutor Peter Wright QC is expected to announce whether the CPS will seek a retrial.

The court heard a retrial – if sought – could take place in June next year.

Giggs, the former interim Manchester United manager and Wales national team boss, is accused of bombarding Ms Greville with messages, turning up unannounced at her home and gym, and reacting angrily when she accused him of cheating.

The star admits being unfaithful throughout his adult life, cheating on every woman he has been in a relationship with. But he insists he was neither control nor violent to Ms Greville.

It is said he headbutted her on November 1, 2020, when she tried to bring their relationship to an end.

Giggs denies any violence, and says any injury Ms Greville suffered was as a result of an accidental clash of heads.

Giggs has been on bail since his arrest in November 2020, and will remain on bail while a decision is taken over the retrial.

He pleaded not guilty to coercive and controlling behaviour between 2017 and 2020, as well as allegations of assault occasioning actual bodily harm and common assault.