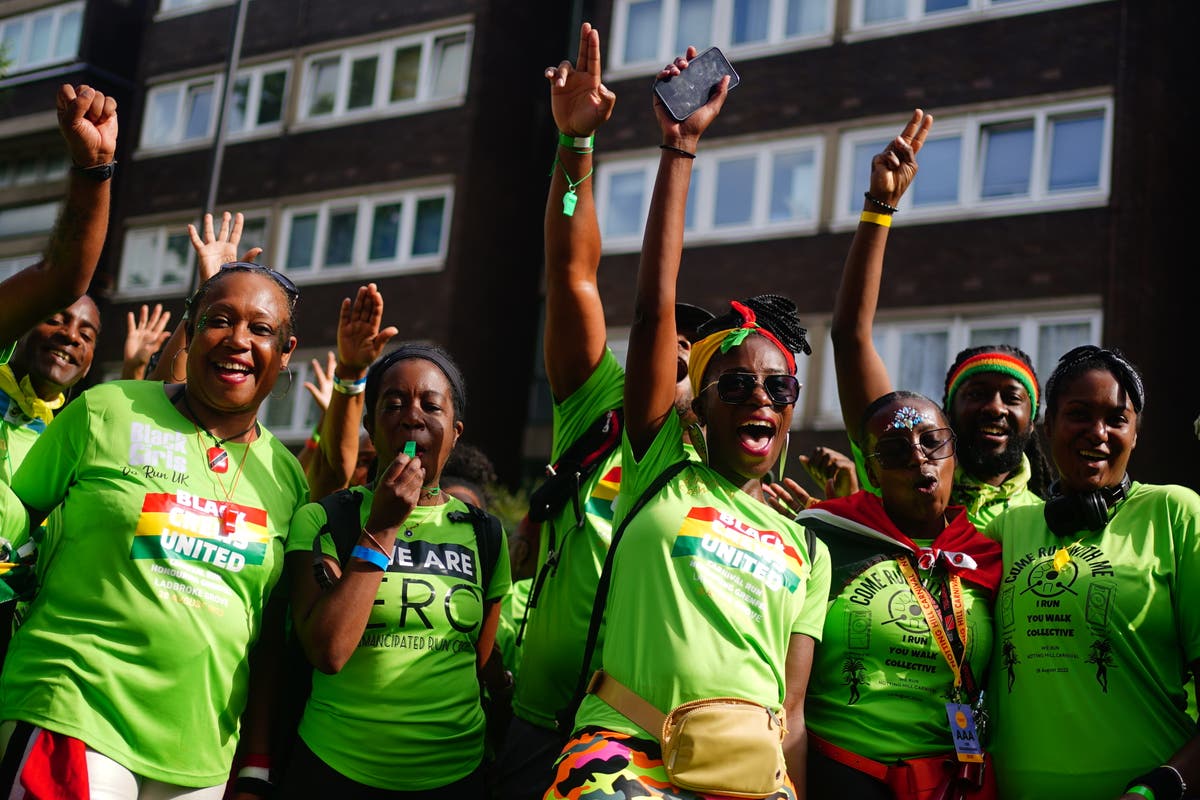 ictims of the Grenfell Tower disaster were remembered at the official launch of the Notting Hill Carnival as the event returned to the streets of west London for the first time since 2019.

Dressed in bright green T-shirts with “Remembering Grenfell” emblazoned on the back, members of the Emancipated Run Crew joined the carnival parade from Great Western Road on Sunday morning in tribute to the 72 people who died in the blaze.

Millions of people are expected to attend the two-day festival which is making its in-person comeback after a hiatus during the Covid-19 pandemic.

Addressing the crowd at the start of the parade, Grenfell survivor Zoe Dainton reflected on this year’s five-year anniversary of Grenfell.

She said: “June the 14th of this year marked five years since the fire. Five years (and) still no justice, still no charges, not much change.

“And despite what happened at Grenfell and despite endless evidence that came out of the inquiry, those responsible – including the Royal Borough of Kensington and Chelsea – seem to be suffering from amnesia and are acting like it’s business as usual.

“You just need to look at the history of this area and the powerful people that have come from this community to realise that we won’t allow it to be business as usual.”

There were shouts of “murderers” and “justice” as Ms Dainton spoke.

She added: “We won’t allow those responsible to forget and we won’t stop until we get justice for our 72 angels.”

There was a 72-second silence before the parade began and Ms Dainton cut the ribbon for the runners, marking the official beginning of carnival.

Jules Stephenson, 48, co-founder of the Emancipated Run Crew running group, said: “For the last couple of years we have run the carnival route in celebration of Notting Hill and it is just amazing to be part of the opening proceedings this year to also mark the 72 lives lost in the Grenfell tragedy.

“It is really important that we don’t forget, that we mark those lives, and we just remember those lives.”

She added: “You can’t (go) through this carnival route without being in the shadow of Grenfell.”

Also speaking before the parade began, Royal Borough of Kensington and Chelsea Mayor David Lindsay was heckled by some present.

He said: “It is my hope, prayer even, that this carnival, both days of it, would be safe for all, peaceful for all. And overall a joyous and fun occasion with many happy memories.”