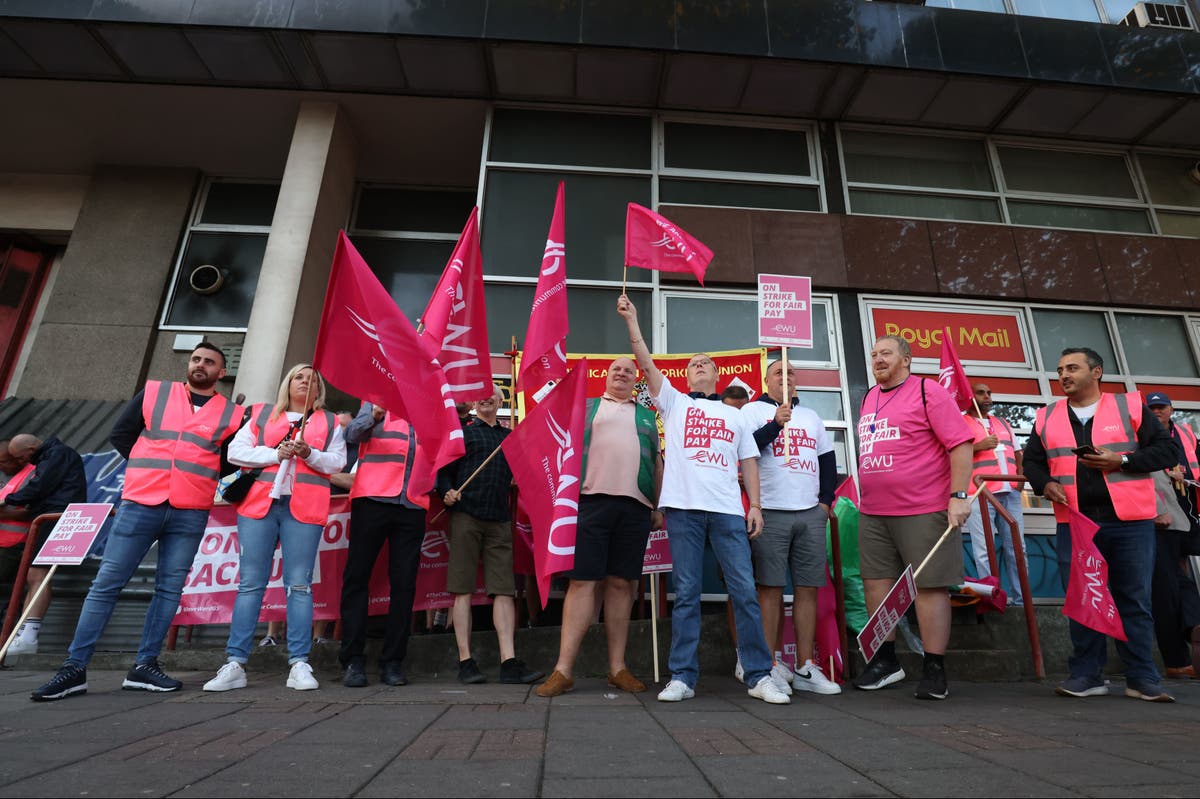 oyal Mail workers have begun a four-day strike over a pay dispute with the company.

On Friday, some 115,000 are expected to stage a walkout, which will last throughout the weekened, with Royal Mail warning that letters will not be delievred, and parcels will be delayed.

Amid the cost of living crisis, workers from the Communication Workers Union (CWU) have called for a pay rise which is more in line with the current rate of inflation, which stands at 10.1 per cent.

Workers for the CWU have reportedly rejected a prior offer of 5.5 per cent after prolonged talks and have set further strike dates on August 31, and September 8 and 9.

“We can’t keep on living in a country where bosses rake in billions in profit while their employees are forced to use food banks.

“When Royal Mail bosses are raking in £758m in profit and shareholders pocketing in excess of £400m, our members won’t accept pleas of poverty from the company,” CWU general secretary Dave Ward said.

Although services will be severely disrupted, Royal Mail says it will attempt to deliver as many Special Delivery and Tracked 24-hour parcels as possible. Medical prescriptions will also be prioritised.

According to Royal Mail’s latest figures, its operating profit was prejected at £416million in March.

With inflation set to rise to 13 per cent later this year, and the energy price cap hitting £3,549 in October, Mr Ward added: “There can be no doubt that postal workers are completely united in their determination to secure the dignified, proper pay rise they deserve.”

In response, a Royal Mail spokesperson said the business must be able to update its working practices and not ignore technological advancements.

“While our competitors work seven days a week, delivering until 10pm to meet customer demand, the CWU want to work fewer hours, six days a week, starting and finishing earlier,” they added.