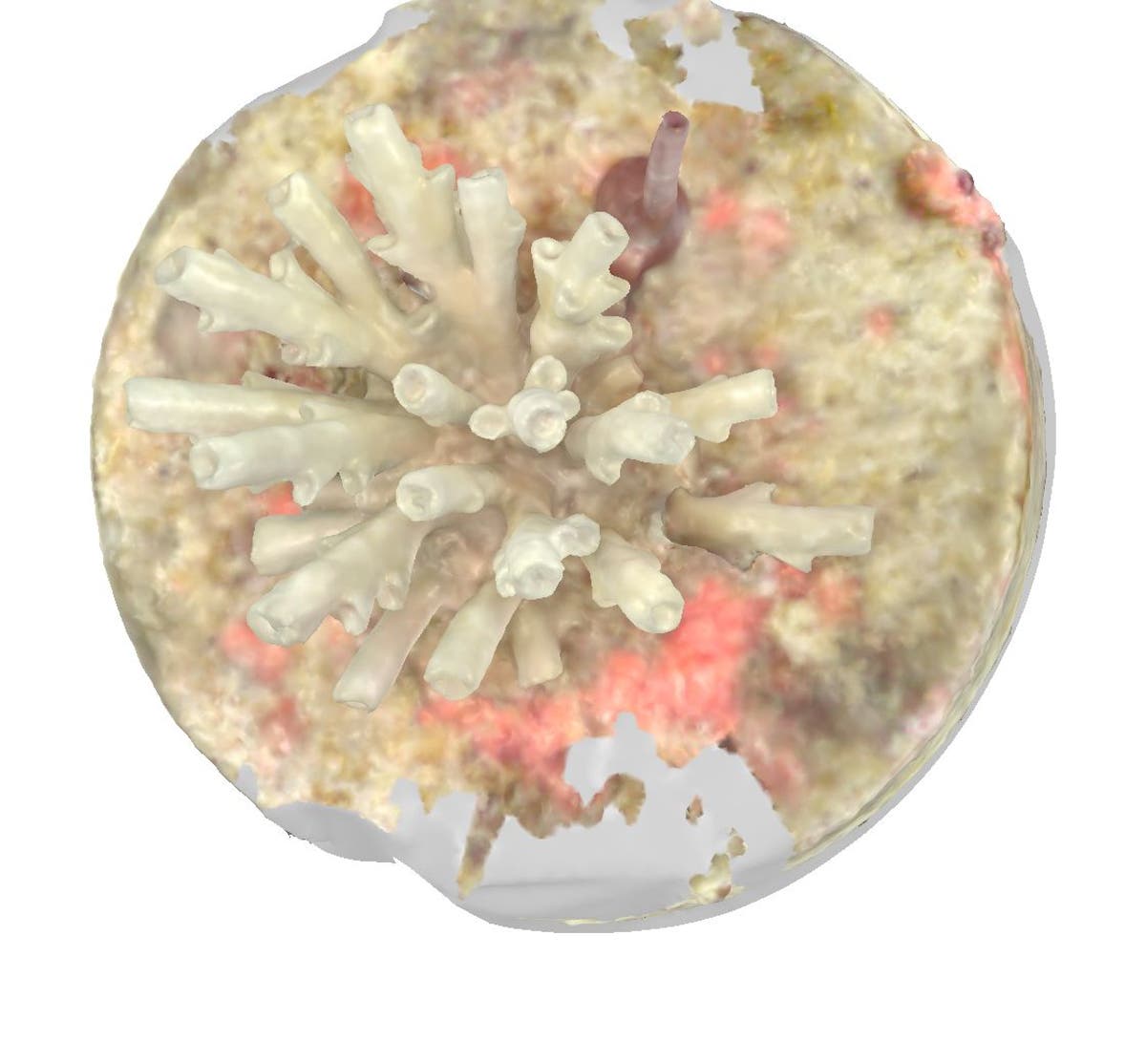 esearchers are using technology most commonly found in dentists’ surgeries to study coral.

Inspired by a trip to her dentist, Dr Kate Quigley has investigated a new method for monitoring coral size and growth that cuts surveying time by 99%.

The senior research scientist at the Minderoo Foundation who conducted the research at the Australian Institute of Marine Science and James Cook University, noted the similarities between coral and human teeth.

They are both calcium-based and require measuring tools that can withstand wet surfaces.

Dr Quigley said: “One day I was at the dentist and they rolled out this new scanning machine.

“I knew immediately that it was something that could apply to scanning very small corals given corals and teeth actually share many similar properties.

“The rest is history.”

Coral reefs are among the Earth’s most productive ecosystems and provide essential nutritional and protective services to people across the globe.

But over recent decades they have suffered serious declines, spurring a flurry of research around their basic biology and restoration.

Understanding the critical life stage of juvenile coral allows scientists to predict ecosystem changes, the impacts of disturbance and their potential for recovery.

By reconstructing coral 3D models researchers can find out about their health and response to pressures such as rising temperatures or acidification.

There are several existing methods that build and assess these 3D models, but their effectiveness is reduced when constructing measurements at small scales.

Dr Quigley said: “At the moment, it is difficult to accurately measure very small objects in 3D, especially if you are interested in measuring small live animals, like coral, without hurting them.

“During my PhD it would take half a day to produce one scan, and I was interested in scanning hundreds of corals at a time.

“For the first time, this new method will allow scientists to measure thousands of tiny corals fast, accurately and without any negative health impacts on the coral.

“This has the potential to expand large-scale monitoring of ocean health and for up-scaling coral reef restoration.”

On average it took less than three minutes to scan and build a model of each individual coral compared with more than four hours with previous methods.

This removed the need to sacrifice live animals to take measurements.

At present, this technology can be used only to perform measurements out of the water. The hardware is not waterproof as the scanner relies on confocal laser technology.

The findings are published in the British Ecological Society journal, Methods in Ecology and Evolution.