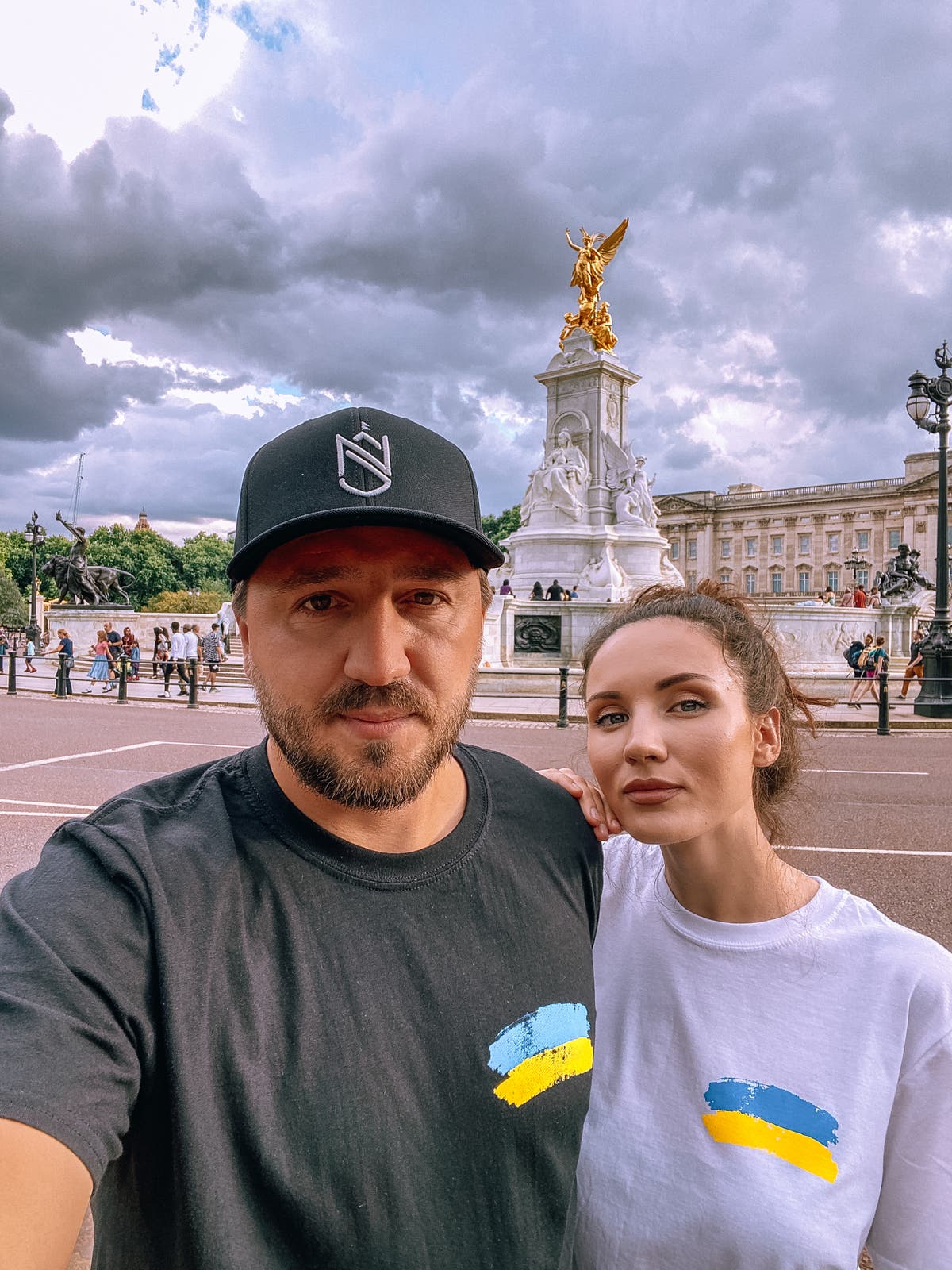 TV host and winner of Miss Ukraine International 2016 and her partner, who fled Russian bombs and found refuge in the UK, are set to run the London Marathon to raise money for their country.

Viktoriya Kiose, 29, and Kostiantyn Bidnenko, 35, were in Ukraine’s capital Kyiv when Russia invaded and bombs started dropping on their city at about 5am on February 24.

The couple fled Ukraine, travelling via Hungary, Poland and Italy before reaching the UK, where they now plan to run the London Marathon on October 2.

Ms Kiose, who was a TV presenter as well as a beauty pageant winner in Ukraine, said she was “numb” with fear when the invasion started.

She said: “I was shocked. It was very scary and we didn’t understand because it was like in the movies.

“It was awful. It was the worst day in my life.”

Speaking on Thursday, Mr Bidnenko said: “Today, we woke up at 6am because we thought war had started here, but it was rain.

“This morning there was a storm in London and we woke up and thought it was an explosion.”

Mr Bidnenko, who worked in trade marketing, tried to join Ukraine’s military but says he was unable to sign up because he has a rare genetic disease called alkaptonuria, causing him daily joint pain.

They are being hosted under the Homes for Ukraine scheme by former Tower Hamlets councillor Andrew Wood at his Canary Wharf flat in east London.

“Andrew Wood is the best man on the planet, he hosts us and we live together in his amazing apartment,” Mr Bidnenko said.

On why they are running the marathon, he added: “We wanted to support our country as much as we can and the decision about the London Marathon is we want to participate, it’s one of the biggest events in London.

“Sport is part of our life so it is one of the best ways we can do something – we can’t play piano but we can run.

“When we run together we don’t think about the war.”

Mr Bidnenko and Ms Kiose are raising funds for causes including United 24, an initiative launched by Ukrainian President Volodymyr Zelensky to collect charitable donations in support of the country.