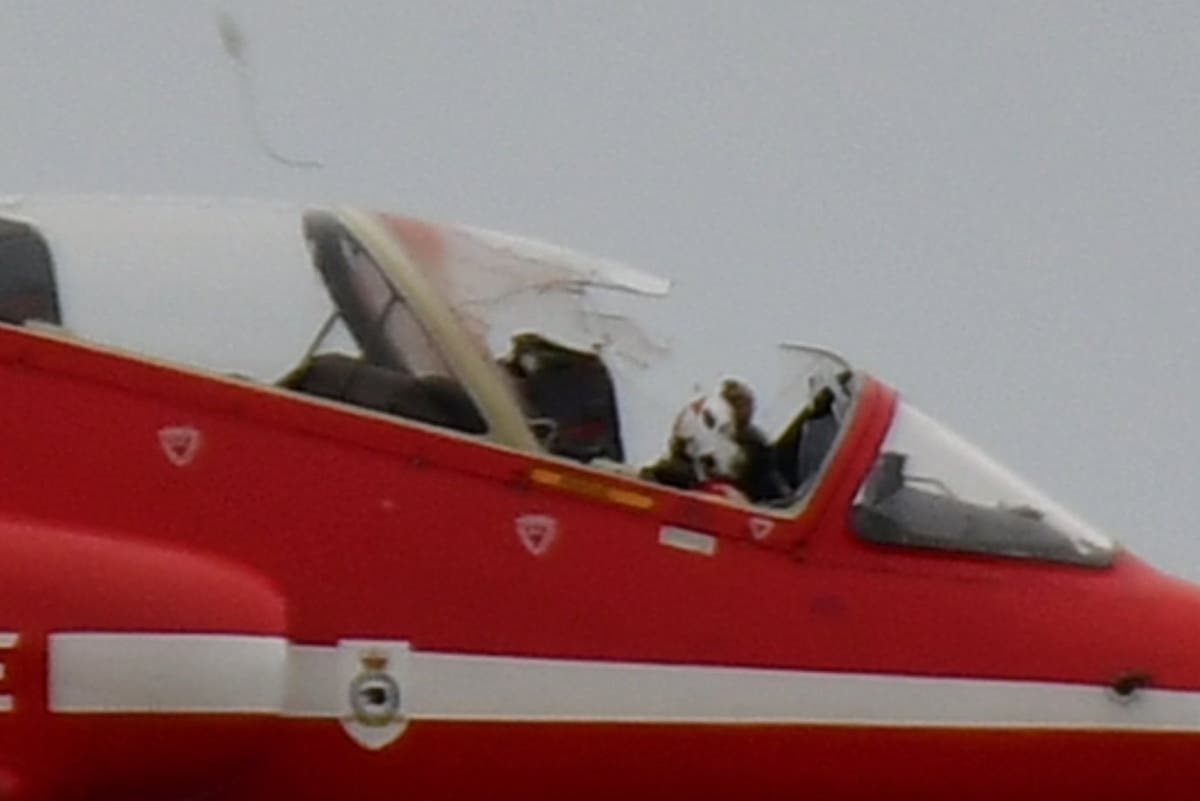 Red Arrows display on the Welsh coastline had to end abruptly after a bird smashed one of the jet’s windows and the pilot had to be guided to safety.

The aerial display group were performing at the Rhyl Air Show in northern Wales on Sunday before the bird strike.

The bird strike happened as the jets were coming into land at Hawarden in the late afternoon.

“His immediate actions delivered calmly and correctly with the support of his colleagues ensured a safe outcome,” Mr Montenegro said on Twitter.

A tweet from the Red Arrows account said: “We had to finish today’s Red Arrows display a few minutes early after one of our jets suffered a bird strike, damaging the cockpit canopy. This type of incident is not uncommon in aviation and is extremely well-trained for.

“In this instance, Red 6 and the whole team responded perfectly together, with no further risk to the pilot and aircraft. Happy to report the jet landed safely and the pilot is unhurt. Thank you for the many well wishes and messages!”

According to witnesses, the event announcer said over the PA system: “From what I can hear it sounds as if a bird has impacted its canopy… this generally means that the bird has gone through the canopy and completely shattered it, which means that what he’s actually hearing is the wind rushing through the canopy.

The Rhyl Air Show took place on August 27 and 28, and for the first time in the show’s history, the Red Arrows and the Typhoon confirmed aerial displays for both days.

The Lancaster, Grob Tutor Display Team and two Spitfires also made an appearance.

On Thursday the Red Arrows are scheduled to perform at the Bournemouth Air Festival.