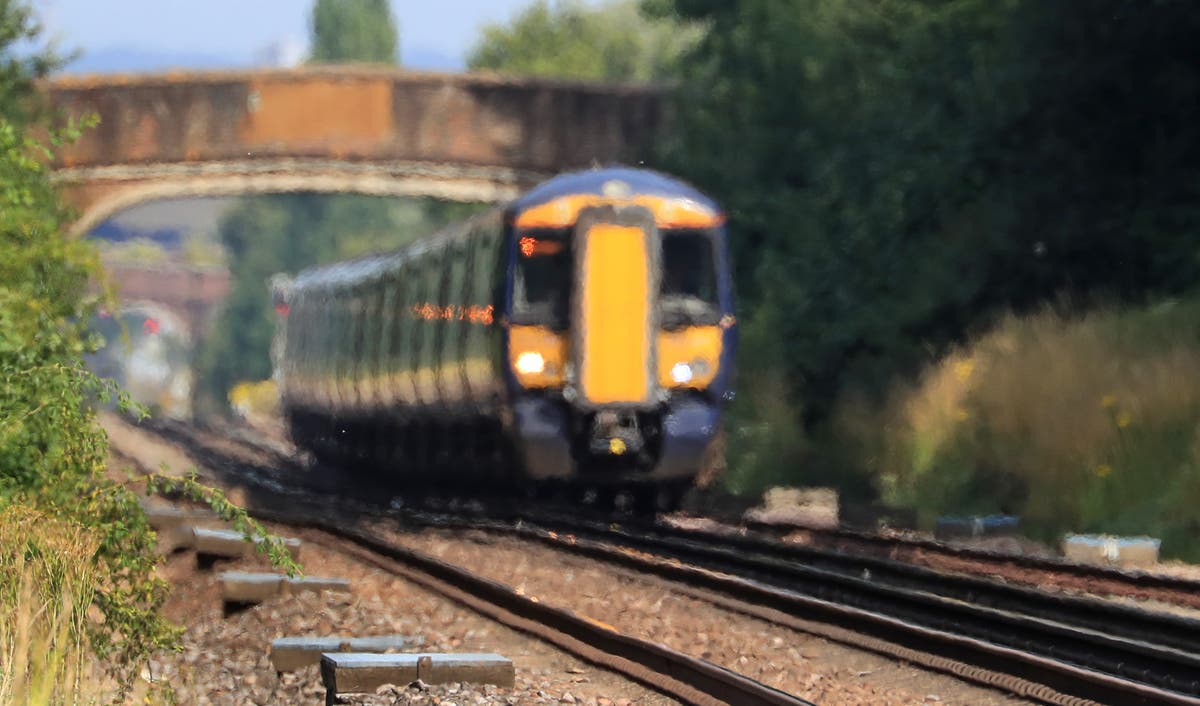 rail worker who has helped thousands of domestic violence victims take free trains to safety is hoping to expand the scheme to other modes of public transport.

During the first coronavirus lockdown, Darren O’Brien, a retail systems manager at Southeastern, introduced the Rail to Refuge initiative which enables victims to access a free train ticket to safe havens.

His employer supported the initial venture, and over the last two years it has been rolled out nationwide with the help of Women’s Aid and Rail Delivery Group operators.

The scheme has been used by 3,118 survivors, including 874 children – on average helping four victims reach safety each day.

Mr O’Brien said he hopes to help more survivors by enlisting bus, ferry, and tram operators to the scheme.

Speaking to the PA news agency, the Dublin-born manager, who now lives in Essex, said: “I am aware of people in rural locations, and how difficult it is for them if they’re relying on a ferry.

“These people often suffer financial abuse because they don’t have access to money and how do they escape? What happens then?

“It’s about people coming together and showing that sense of community and overcoming these obstacles.”

Mr O’Brien said that hearing the story of a virtually penniless pregnant victim, who he called Carolyn, motivated him to think about making the scheme more accessible.

He said: “She told me in great detail of the abuse that she suffered.

“I was inspired by her and amazed by her bravery to tell a complete stranger – who was a man – given her suffering at the hands of a man.

“She was able to escape as a result of Rail to Refuge and having that free travel there, because she had less than £10 in her pocket at the time so wouldn’t have been able to make the journey to a safe place.

It’s life changing, and in some instances it’s life saving

“That got me thinking about whether there was anything else that we could do.

“Not everybody uses the trains to get to a place of safety.

“If anybody out there is in a similar position to what I was – in a company willing to help out – reach out and let us know.

“It’s life changing, and in some instances it’s life saving.

“Carolyn said that if she had stayed at home, she would be dead.”

Almost two-thirds (62%) of people who used Rail to Refuge said they would not have travelled if the journey had not been free, according to Women’s Aid.

Mr O’Brien said that with the charity’s help, he is hoping to appeal to others in the transport industry and the Government.

“That ripple effect in society, the little amount of money that the Government could put in to setting up these schemes pays dividends in the long run,” he said.

“But the politics of what goes on and who makes those decisions, it’s not for me to make that decision, that’s for them, and they need to look deep within themselves to ask if they can make this happen.

“Domestic abuse is not something that’s going away – it’s been in society for decades.”

We know that domestic abuse frequently means no or limited access to money, and Rail to Refuge directly addresses this, bringing survivors to a place of safety

Teresa Parker, from Women’s Aid, said the charity supports an expansion of the scheme.

She said: “We know that domestic abuse frequently means no or limited access to money, and Rail to Refuge directly addresses this, bringing survivors to a place of safety.

“We are delighted that train companies have worked with us to remove such a significant financial barrier to escaping abuse, and warmly welcome the continuation of the scheme with other companies who provide other forms of transport, to help as many survivors as possible.

“It is a lifeline for those who would otherwise be unable to travel.

“We thank Darren for everything he has done for survivors of abuse alongside all of the partners who make Rail to Refuge possible, his actions after watching a documentary about life in a refuge has helped to make a huge difference to the lives of so many.”