Plymouth’s kelp forest to be dedicated to the Queen 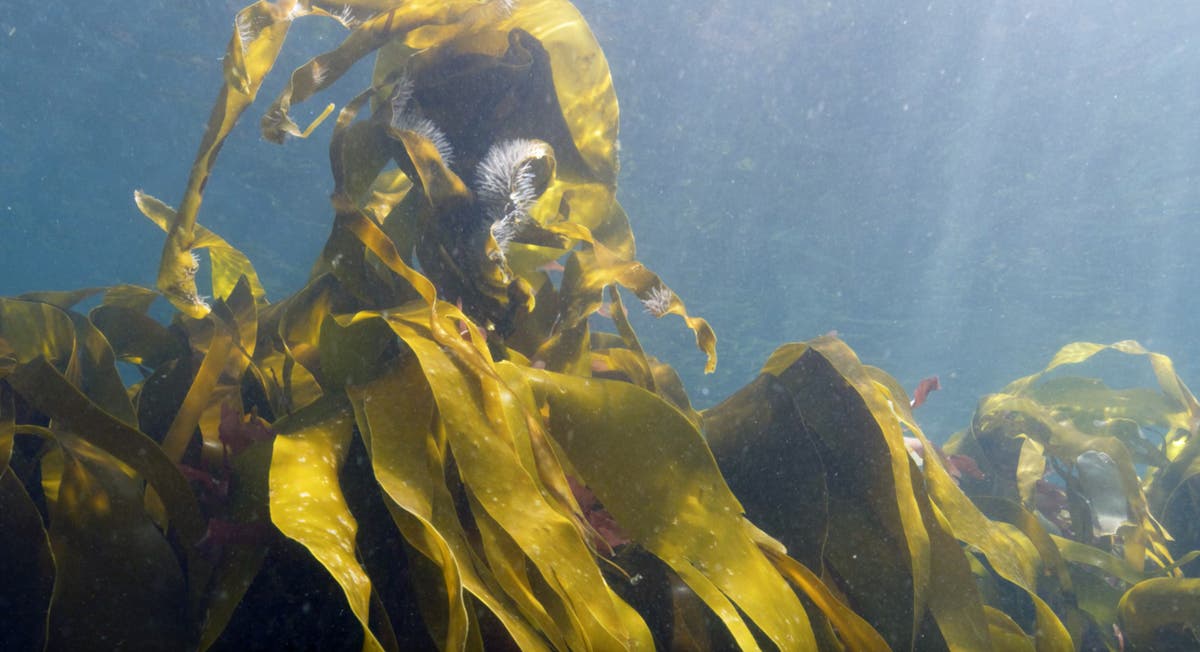 vitally important marine habitat in the English Channel will be dedicated to the Queen to mark her Platinum Jubilee.

The kelp forests are some of the most diverse and productive ecosystems in the world and in the UK cover an area similar in size to the country’s woodlands.

Kelp, which is the name given to several species of large brown seaweed, plays a crucial role in the regulation of the atmosphere by absorbing carbon dioxide.

The species are similar to mangroves and coral reefs in warmer waters and offer shelter to a host of animals, including marine mammals and birds, and are also a critical foraging and nursery habitat for fish and shellfish.

They depend on sunlight for survival which means they will grow only in shallow water, on hard and rocky surfaces where they can attach their root-like holdfasts around the rock.

On Saturday, the Plymouth Sound National Marine Park’s kelp forests will be bestowed on Her Majesty as part of the Queen’s Green Canopy project.

To mark the occasion, a wild swimming relay will take place in the waters off Plymouth Sound, led by endurance swimmer Lewis Pugh.

Sailors and marines from Her Majesty’s Naval Base Devonport will start the relay by delivering a plaque to Mr Pugh and a group of wild swimmers who will swim it to shore.

The plaque will be passed to children who will swim the length of the Tinside Lido to deliver it to the Devonport commander.

He will then present it to the Lord Lieutenant before it is finally unveiled by the Lord Mayor of Plymouth.

Mr Pugh, who is an ambassador for the Green Canopy project, said: “Kelp is a hidden wonder – its magic is largely unseen.

“Kelp forests are extremely important ecosystems which are vital to the health of our oceans.

“It is wonderful to see Plymouth’s environmental treasures recognised as part of the Queen’s Green Canopy.”

Elaine Hayes, chief executive of the Plymouth Sound National Marine Park, said: “It is such an honour to have the marine component of the Queen’s Green Canopy in the national marine park.

“We are dedicated to celebrating our amazing waterscape and to help locals and visitors alike, get in, on or under the water.

“The dedication of our kelp forests in this Platinum Jubilee year will help raise the profile of this species that surrounds our islands and its importance to a wider public who rarely get to see kelp forests.”

The Queen’s Green Canopy is a tree-planting initiative created to mark the Platinum Jubilee, which has seen more than a million trees planted so far.