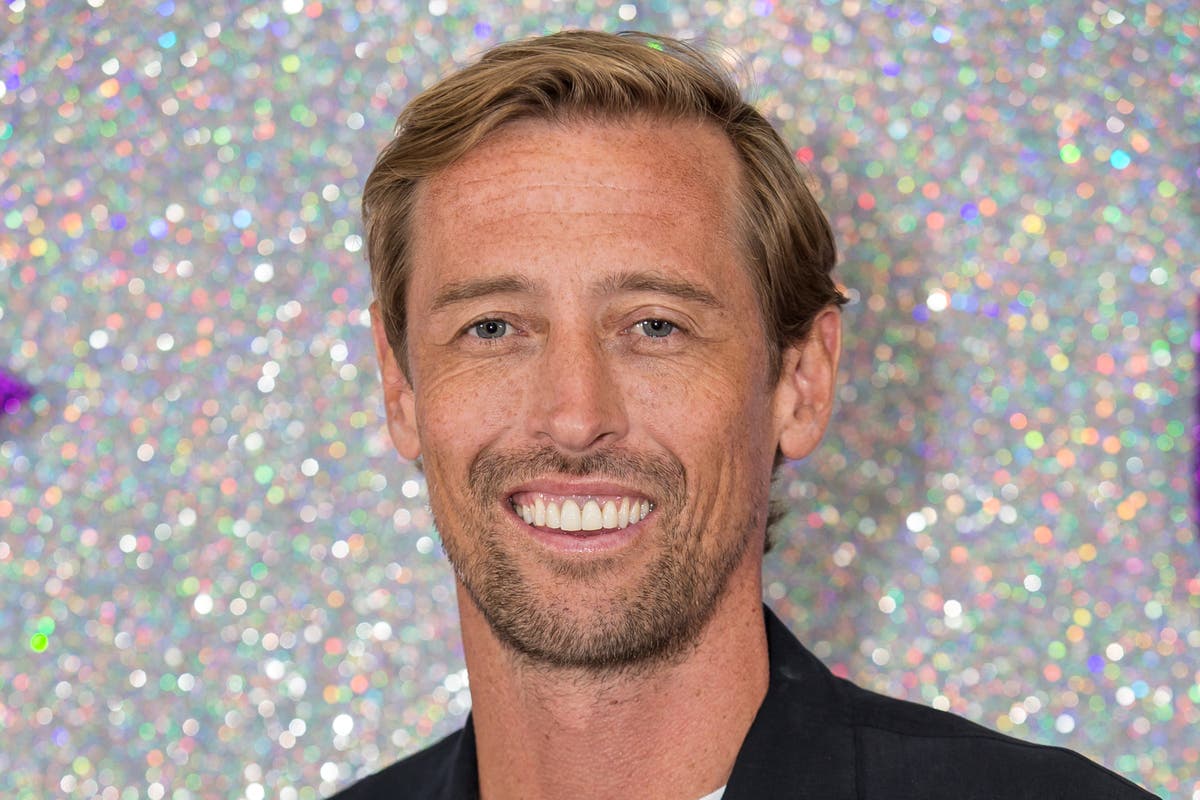 eter Crouch has opened up about his new gig as a judge on The Masked Dancer and admits it’s “more nerve-wracking” than taking a penalty for England.

The former footballer, 41, was confirmed to join the judging panel of The Masked Dancer for series two back in May.

He is stepping in for Mo Gilligan, who was a judge during series one, and joins the panel alongside Jonathan Ross, Davina McCall and Oti Mabuse.

Speaking to the Standard and other press at ITV’s Entertainment Autumn Showcase, before the launch of the new series on Saturday, he said: “I trained every single day of my life to play football so being in that position, you know you’ve been in training for it and you’re ready to go.

“When I was sitting there on The Masked Dancer next to Davina, Oti, Jonathan and [show host] Joel Dommett, who have been doing this sort of thing for years and years and years, and I’m looking at Strawberry [a dancer] thinking, what am I gonna do here. What have I got to do with this?

“There’s no training for that so I did find it quite surreal at times.”

The 6ft 7in striker won attention nearly 20 years ago with his robot dance moves, which he performed to celebrate scoring a hat-trick and his 100th Premier League goal during England’s 6-0 home victory over Jamaica at Old Trafford in 2006.

And while he does inevitably bust out the move again during The Masked Dancer, he insists: “I’m so much more than just The Robot.”

“It was 2006 and that was a long time ago when I did the robot, little did I think I would be a judge on The Masked Dancer.”

Ask why he decided to join The Masked Dancer, Crouch replied: “I think the show sort of defines me as a person since I retired from football really – it doesn’t take itself too seriously, it’s a lot of fun and that’s why I just knew it would suit me. I have to say everyone was incredibly kind to me and helped me through it, held my hand along the way.”

Another influencing factor was his kids.

Crouch – who has four children with his wife, Abbey Clancy, a model – explained: “My kids absolutely adore the show and I know it’s a bit of a cliché, but all my football achievements they don’t care one bit! But the moment I was a judge on The Masked Dancer it was like daddy was cool again!”

For those sceptical about Crouch’s credentials for such a show, Dommett was full of praise for his new co-star.

He said: “People might think it’s almost like a strange decision, but he completely owns it, he’s so funny and just fit perfectly in this entertainment space.”

The Masked Dancer season 2 starts on Saturday September 3rd at 6.30pm on ITV and ITV Hub