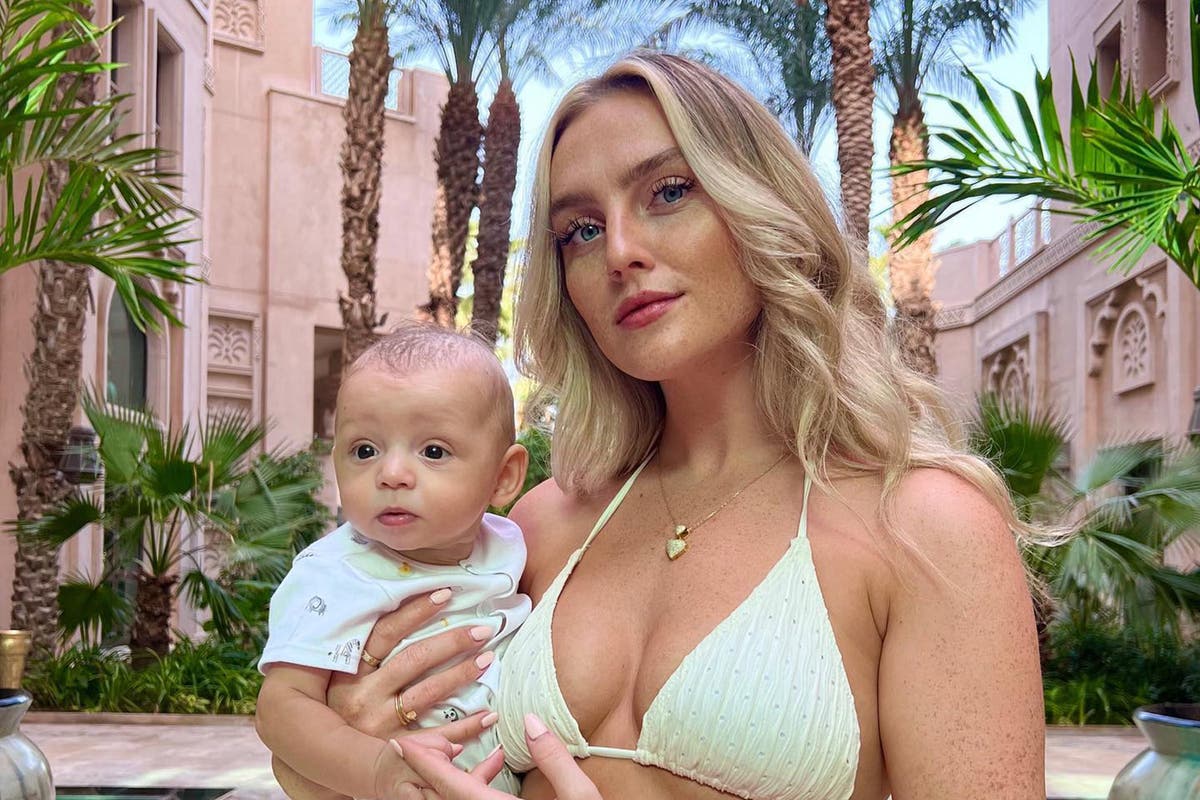 The Little Mix singer, 29, took to Instagram to share the results, which she declared was “theee most adorable thing I’ve ever witnessed”.

The little lad could be seen wearing a beige knitted romper suit with a spoon in hand, ready to attack an impressive cream-coloured cake topped with the word “one” in gold.

In other snaps, he could be seen cheekily sticking out his tongue as he became increasingly covered in cake icing.

Behind the youngster – whose dad is Edwards’s footballer fiancé Alex Oxlade-Chamberlain – was a series of framed black and white photos documenting his first year of life.

The doting mum also got involved in the action, posing in an oversized beige satin shirt next to Axel, who’d had an outfit change into a pair of denim dungarees.

Her bandmates were among the first to comment on the precious images, with Jade Thirlwall sharing a series of crying emojis.

Leigh-Anne Pinnock, who has twin boys with her fiancé Andre Gray, wrote: “Look at him mannnn.”

The Wings hit-maker’s post comes after she shared a video montage at the weekend celebrating Axel’s actual birthday.

Set to the song Baby Boy by Big Brovaz, and featuring previously unseen footage, it offered fans a rare glimpse at her life as a new mum over the past year.

“A whole year of Axel. Memories to cherish forever. I love you my absolute joy, you’ll always be my baby boy!”