Navy: £3bn warship breaks down shortly after leaving Portsmouth for US tour 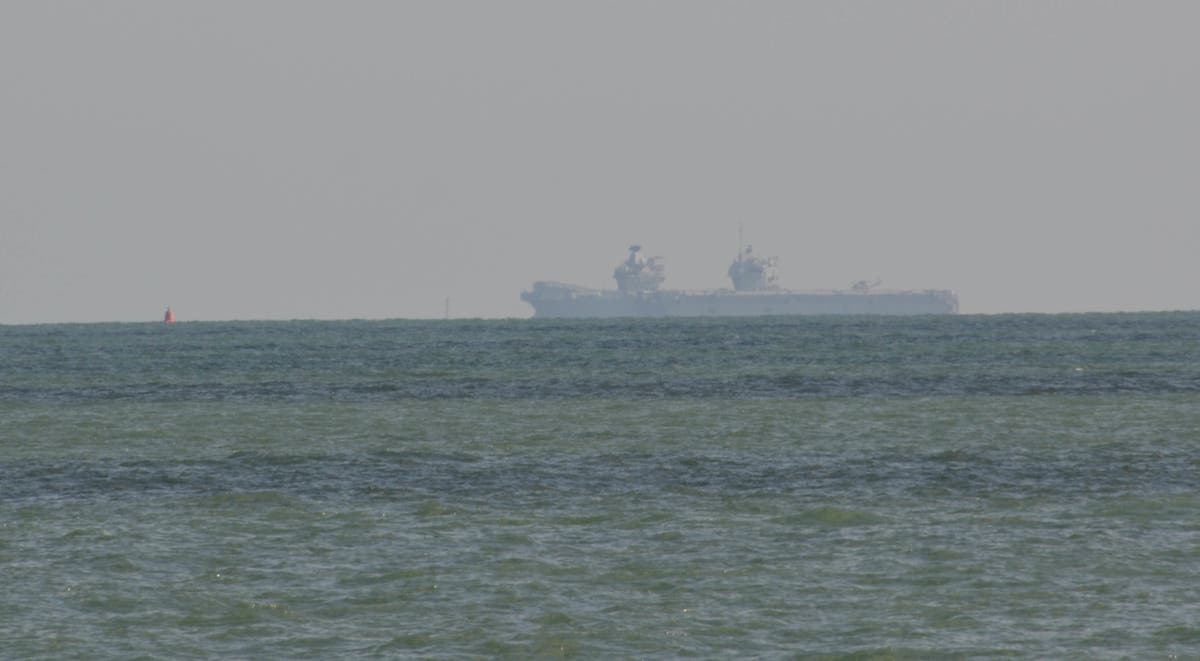 five-year-old, £3billion warship – Britain’s largest vessel – broke down off the south coast on Monday while en route to a major US mission.

The HMS Prince of Wales, one of the navy’s two aircraft carriers, suffered a mechanical issue while passing the Isle of Wight.

The navy reported on Friday that the 65,000-tonne warship had its departure delayed due to a technical issue – although there has been seldom comment as to the specifics.

Amid fanfare, dancing and mass crowds gathered – HMS Prince of Wales set sail from Portsmouth on Saturday. It even sailed past the Victorious Festival as the Sugababes were performing. But it did not get much further. It is now anchored south east of the Isle of Wight while the problem is investigated.

The navy told Sky: “HMS Prince of Wales remains in the south coast exercise area while conducting investigations into an emerging mechanical issue.”

A source told the UK Defence Journal added: “I was told that the shaft itself appears to be damaged, but I don’t believe it’s appropriate to comment on the extent of any potential damage at this stage, given the specifics of any damage cannot be confirmed.”

The project in the US is supposed to last for four months and carry a crew of 1,600, stopping in Halifax, Canada, as well as in New York and the Caribbean.

The HMS Prince of Wales has reportedly spent fewer than 90 days at sea – leaking twice in five months.

Former Conservative leadership candidate Rory Stewart wrote on Twitter: “And then there is this – a £3bn pound investment.”