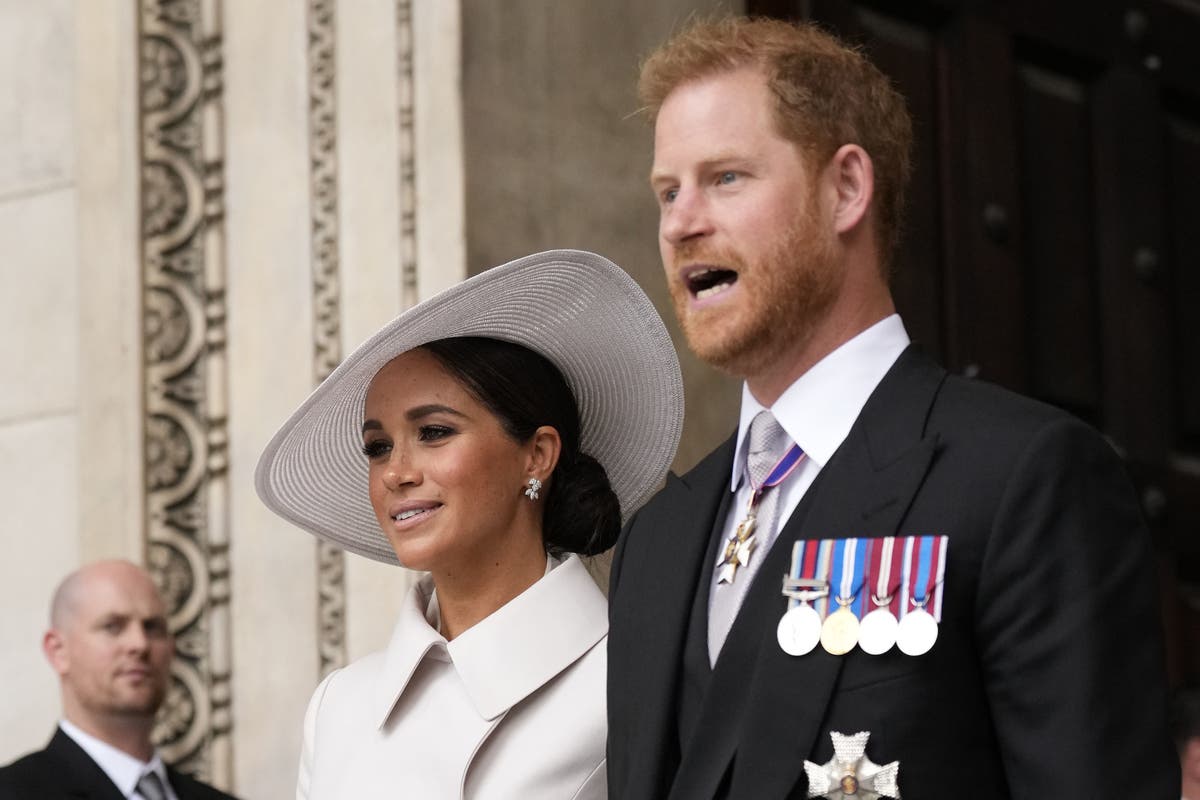 Speaking on her latest episode of the Archetypes podcast in conversation with Mariah Carey, Meghan said she felt seeing the singer on TV as a young person was “so formative” to see “someone who looks like me” in the media.

Discussing race with the 53-year-old pop superstar, Meghan said “things really shifted” in how she was perceived once she began dating Harry.

“I mean if there’s any time in my life that it’s been more focused on my race, it’s only once I started dating my husband.

“Then I started to understand what it was like to be treated like a black woman, because up until then I had been treated like a mixed woman and things really shifted.”

The chart-topper’s father is African American and Venezuelan, while her mother is of Irish descent. Carey opened up about her childhood on the podcast, saying she “didn’t fit in”.

“I didn’t fit in, it would be more of the black area of town, or then you could be where my mom chose to live, where the more white neighbourhoods and I didn’t fit in anywhere at all,” she said.

Meghan replied: “Yeah. I understand that.”

Carey described how she was teased by a boy at school for having only three shirts and wearing them on rotation, saying: “In a world where you’re the mixed kid of a full-on white neighbourhood that’s what you get.”

The episode also saw Meghan and Carey discuss the complexities of what it means to be a diva, and the negative connotations associated with the word.

Following a discussion by feminist studies academic Dr Mashinka Firunts Hakopian on the concept of a diva, Meghan said: “It’s interesting, isn’t it? This idea of power, of a person acquiring power and then needing to be taken down, and how that corresponds to the usage of the word.”

She adds: “Isn’t that all so interesting? It is so enlightening, how power and agency and self-invention and the diva and her reputation, they all go hand in hand.”

Carey told the former Suits actress: “You give us diva moments sometimes, Meghan. Don’t even act like…” with an aghast duchess responding and laughing in surprise: “What kind of diva moments do I give you?”

In a voiceover at the end of the second Archetypes episode, Meghan said the remark left her worried about the “nonsense” Carey might have read about her.

It comes after Meghan gave a lengthy interview to US magazine, The Cut, in which she hit out at aspects of royal life.

She told the publication she and Prince Harry offered to continue as working royals in a Commonwealth country and to be allowed to earn their own money in an effort to reduce the “noise” about them.

The duchess said: “That, for whatever reason, is not something that we were allowed to do, even though several other members of the family do that exact thing.”

In a previous episode of the podcast, part of a multi-million deal with Spotify, Meghan told tennis star Serena Williams of her horror after a small “fire” broke out in her son Archie’s room during a tour of South Africa, when the four-year-old was not inside at the time.

She said the incident left her “shaken” but she said she was forced to carry on the couple’s official engagements.