Man, 21, dies after being stabbed at Notting Hill Carnival 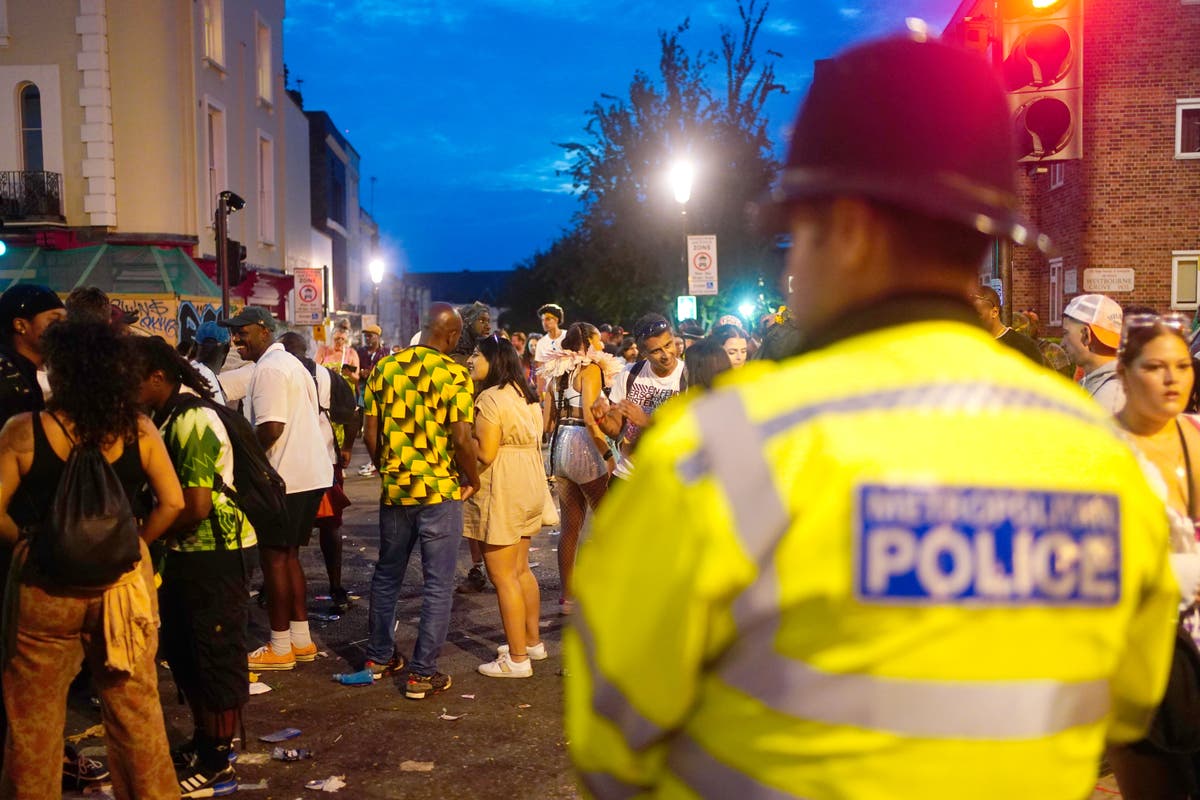 21-year-old man has died after being stabbed at Notting Hill Carnival, the Metropolitan Police said, adding that more than 200 arrests were made during the event.

A police statement said: “At around 8pm on Monday, August 29 officers became aware of a stabbing in Ladbroke Grove, under the Westway flyover.

“Officers provided emergency first aid to the victim – a 21-year-old man – until the arrival of London Ambulance Service paramedics.

“They were able to extract him through significant crowds in challenging circumstances to a waiting ambulance.

“He was taken to a west London hospital where, despite the best efforts of medical staff, he was pronounced dead.

“His next of kin have been informed and are being supported by specialist officers.”

Regrettably, on Monday evening we saw a number of violent incidents and a 21-year-old man has lost his life

The force said “a number of violent incidents and serious stabbings” prompted a section 60 order to be put in place until 1am on Tuesday within the event’s borders.

There were 35 arrests the force labelled “other”, 10 for possession of psychoactive substances, seven for drink/drug driving, five for criminal damage and one each for theft and robbery.

The force earlier paid tribute to one of its most experienced and “affectionate” horses that died after collapsing while on duty at the carnival on Sunday.

Police Horse Sandown, a 14-year-old chestnut gelding, had policed “all types of events” across London during his seven years of service since being presented to the force in 2015.

There was also a birth at the carnival although it is not known if the mother was a local resident or visiting the spectacle.

A London Ambulance spokesperson said: “We were called at 6.45pm on Sunday August 28 to reports of a person in labour within the footprint of Notting Hill Carnival.

“We treated an adult and baby at the scene and took them to hospital as a priority.”

Dr Alison Heydari, Commander of Local Policing, said early on Tuesday: “Officers from across the Met have been working tirelessly over the past two days to ensure that all those who came to Notting Hill Carnival could enjoy the experience safely.

“It was the culmination of months of close coordination with the organisers, our local authority and emergency service partners and the community.

“The atmosphere over the past two days has been largely positive and good natured as carnival should be.

“Regrettably, on Monday evening we saw a number of violent incidents and a 21-year-old man has lost his life.

“Our thoughts are with his family as they come to terms with their terrible loss.

“A murder investigation is under way, led by homicide detectives from the Met’s Specialist Crime Command.

“They will pursue every possible line of inquiry to identify those responsible and bring them to justice.”

Dr Heydari added: “There were hundreds of people in the immediate vicinity when this incident took place.

“I would urge anyone who saw anything, who has video footage or who has any other information that could assist officers, to come forward.

Anyone with information can contact the police directly on 101 providing the reference 7478/29AUG. Information can also be provided to the independent charity Crimestoppers, anonymously, on 0800 555 111.