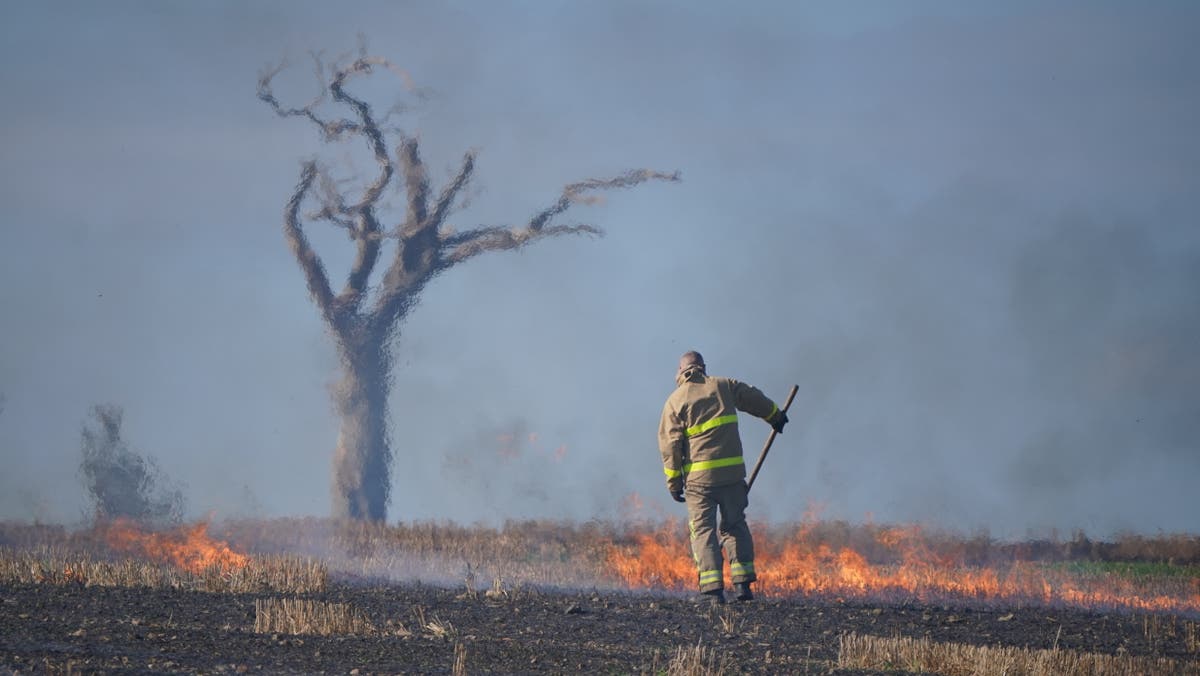 irefighters are battling a blaze in a Co Down barley field made famous by pop star Rihanna.

Three fire appliances were deployed to the field just outside Bangor, with firefighters seen dousing flames across a wide area.

The view across the field dominated by an old tree was made famous in 2011 in the 34-year-old’s music video for her hit We Found Love featuring Calvin Harris.

The filming of the music video made global headlines at the time after the farmer who owned the field told the pop superstar to cover up her skimpy outfit.

Alan Graham, former councillor of the Democratic Unionist Party, said at the time he did not “believe young ladies should have to take their clothes off to entertain”.

But he said he had not halted the filming, adding that Rihanna had been “very gracious and respectful” when they spoke, and they had “parted company on good terms”.

Mr Graham had also admitted at the time that he did not know who the multi-award-winning singer was when he got asked for the use of his field for the video.

The music video also included scenes shot in north Belfast as well as in the more rural setting on the road from Northern Ireland’s capital city to Bangor.

Northern Ireland Fire and Rescue Service said they received a call for assistance at 3.50pm on Wednesday.

They said the incident in the large barley field remains ongoing.

On Wednesday evening, police issued a warning to motorists planning to travel along the Belfast Road between the Ballyrobert Road and Craigantlet Road junctions.

A police spokesperson described visibility as poor and urged motorists to seek an alternative route.