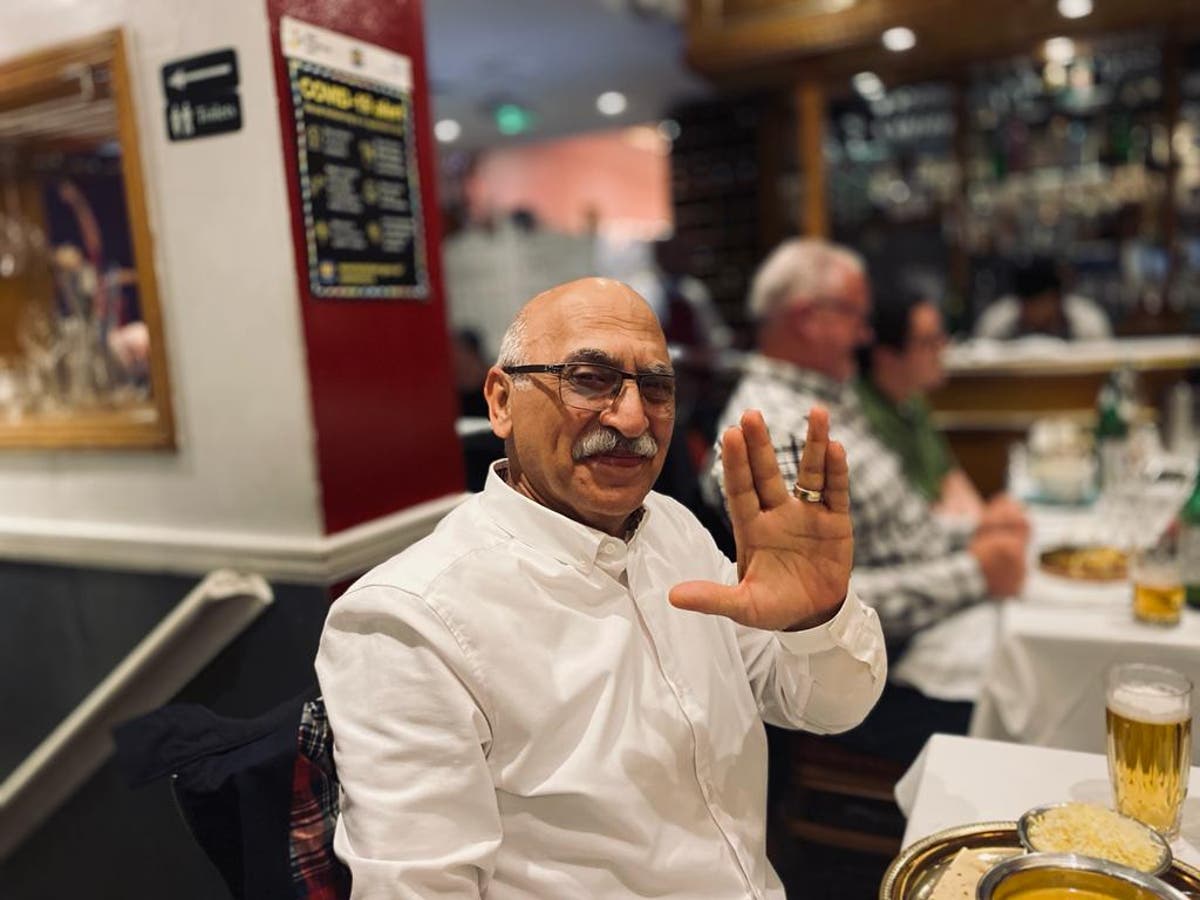 father who was jailed for nearly five years in Iran on spying charges before being released along with Nazanin Zaghari-Ratcliffe is set to run the London Marathon to raise money for two charities.

Anoosheh Ashoori, 68, resolved to one day tackle the marathon while serving a minimum 10-year sentence in Iran’s Evin prison, in Tehran, on charges he denied and the UK Government condemned.

He was arrested in August 2017 while visiting his elderly mother in Tehran and was later convicted of allegedly spying for Israel’s Mossad intelligence agency, despite having lived in the UK for 20 years.

The retired civil engineer and his fellow British-Iranian dual national, Ms Zaghari-Ratcliffe, who was also detained under espionage charges, were released and flown back to the UK in March.

Mr Ashoori, of Lee in Lewisham, south east London, will run the marathon with his son Aryan, 33, on October 2 to raise money and awareness for Amnesty International and Hostage International.

Both charities supported him and his family while he was in jail.

He still suffers flashbacks of his ordeal, and says he was taken into interrogation centres at Evin prison, where he “made three suicide attempts” and lost 17kgs.

He was then sent to the main prison, where he was kept in a “coffin-like” cell with about 14 others.

He started exercising regularly with other inmates, “running in circles” in a “very small area” at the prison gym or yard.

At first, he became breathless in 10 minutes or less but gradually his stamina improved and he was able to run for up to two hours.

He added: “When I read that, I decided it was so inspiring anytime I was released I promised myself, whatever age I am, I am going to participate in the London Marathon.

“That was a good thing for me to do because it would actually protect my health.

“By running you can fight going insane, it is magic.”

Another prison read was Man’s Search For Meaning by Austrian neurologist and psychiatrist Viktor Frankl, an Auschwitz survivor.

Mr Ashoori said it made him realise that “even if you are going through intense suffering, if you try to find or create a purpose for that suffering, it is not going to be as painful as it was before”.

He urged the British Government to do more to help negotiate the release of other detainees held in Iran, such as the British-born environmentalist Morad Tahbaz.

He was released on furlough with an electronic tag in July after being jailed for more than four years.

“I would urge the British Government to please persevere, work hard to bring them back as well,” he added.

He say he was running to “let all the ones who are left behind know they are not forgotten”, adding: “I am thinking about them, doing this in solidarity with them.”

His and Nazanin’s release came after the UK Government agreed to pay back a £400 million debt to Iran dating back to the 1970s, but both governments argue the two issues should not be linked.

Jo Atkins-Potts, Amnesty International UK’s urgent actions campaigner, said: “From a cell in Evin prison to the crowd-lined streets of London in just a few short months is an amazing turnaround, and we hope that people will get behind Anoosheh and Aryan as they take part in this fantastic event.

“Since his release in March, Anoosheh’s always been clear that he wouldn’t rest until Morad Tahbaz, Mehran Raoof and others unjustly detained in Iran were released.

“He’s an inspiration and we’re delighted and honoured to be campaigning with him.”