Emily Maitlis: BBC ‘sought to pacify’ No10 after Newsnight rebuke 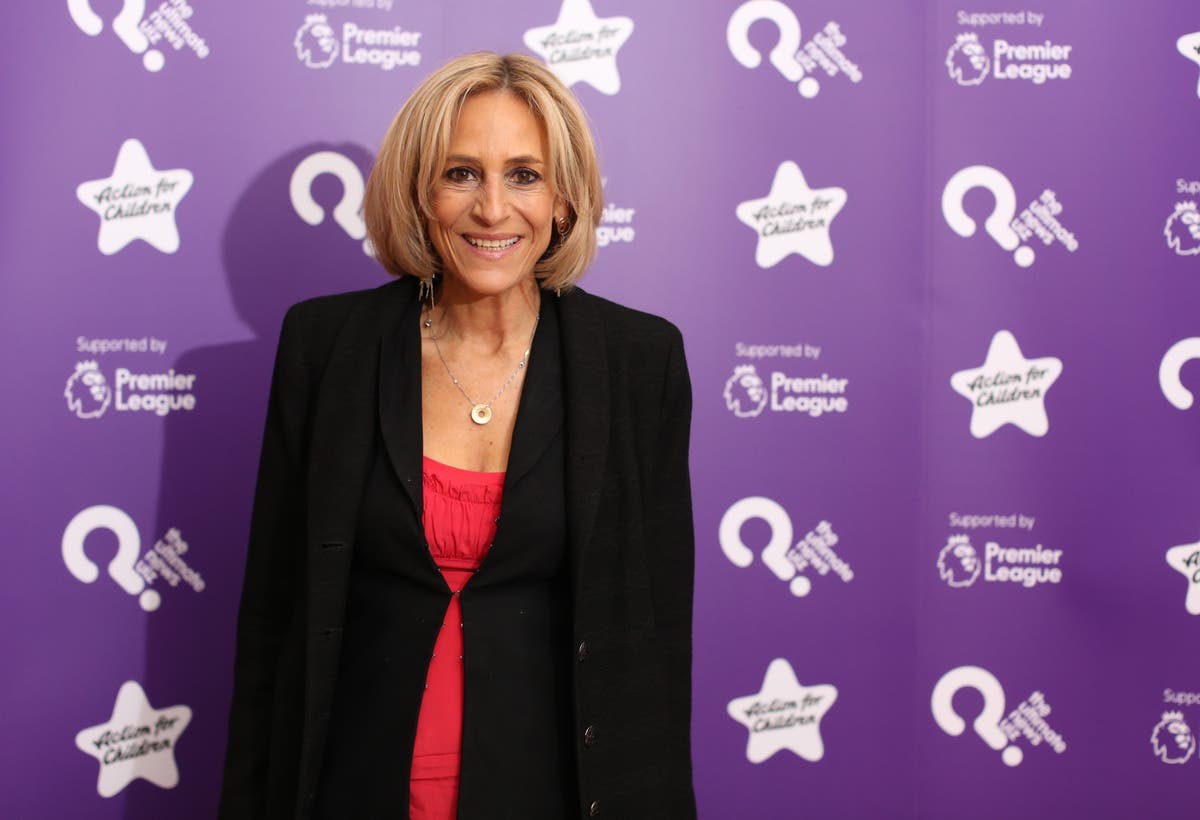 The journalist added her introduction received “way more attention than in truth it ever deserved”.

Maitlis, 51, who left the BBC this year for rival media group Global, used the annual MacTaggart Lecture at the Edinburgh TV Festival to highlight what she described as the “normalising” of populist ideas by the media.

Referencing both former US president Donald Trump and the Brexit debate, Maitlis described her “thesis” as being that both “political actors” and politics itself have changed but journalists are yet to catch up.

In her lecture, which she called ‘Boiling Frog: Why We Have To Stop Normalising The Absurd’, she criticised the BBC’s response to the 2020 Newsnight instalment in which she opened the episode by saying Mr Cummings, then Boris Johnson’s chief adviser, had “broken the rules” with a lockdown trip to Durham and “the country can see that, and it’s shocked the Government cannot”.

The broadcaster received more than 20,000 complaints and ruled Maitlis breached impartiality rules, saying in a statement: “We believe the introduction we broadcast did not meet our standards of due impartiality.”

Maitlis said the programme initially “passed off with a few pleasant texts from BBC editors and frankly little else”.

She said: “It was only the next morning that the wheels fell off. A phone call of complaint was made from Downing Street to the BBC News management.

“This – for context – is not unusual. It wasn’t unusual in the Blair days – far from it – in the Brown days, in the Cameron days. What I’m saying is it’s normal for government spin doctors to vocalise their displeasure to journalists.

“What was not foreseen was the speed with which the BBC sought to pacify the complainant. Within hours, a very public apology was made, the programme was accused of a failure of impartiality, the recording disappeared from the iPlayer, and there were paparazzi outside my front door.”

Maitlis said the media shows its impartiality when it reports “without fear or favour” and “when we are not scared to hold power to account, even when it feels uncomfortable to do so”.

She added: “When we understand that if we’ve covered rule-breaking by a Scottish chief medical officer or an English government scientist then journalistic rigour should be applied to those who make policy within Number 10.

“The one person – ironically – who understood this was Dominic Cummings himself, who texted me that very evening to offer his wry support.

“So, back to the speed of response. Why had the BBC immediately and publicly sought to confirm the Government spokesman’s opinion, without any kind of due process?

“It makes no sense for an organisation that is, admirably, famously rigorous about procedure – unless it was perhaps sending a message of reassurance directly to the Government itself?”

In an apparent reference to Theresa May’s former communications director Sir Robbie Gibb, Maitlis added: “Put this in the context of the BBC Board, where another active agent of the Conservative party – former Downing Street spin doctor and former adviser to BBC rival GB News – now sits, acting as the arbiter of BBC impartiality.”

Maitlis, who joined the BBC in 2001 and presented Newsnight from 2006 until earlier this year, also claimed journalists are now self-censoring to avoid “backlash” for their work.

She recalled feeling conflicted over a 2020 interview she conducted with Hollywood star Robert De Niro in which he “raged” about Trump’s “mishandling of the pandemic”.

After describing how she tried to balance the actor’s claims about Mr Trump, she said: “We finish the pre-recorded interview; Adam Cumiskey is the output editor and he’s a big film buff. But as we are heading up in the lift I turn to Adam and say, ‘We can’t possibly put this out. It’s too anti-Trump.’

“Adam looks at me to see if I’m joking, and I’m not. I am terrified that by putting out the interview as it stands we will be seen as biased.

“De Niro is a world-famous actor, and a New Yorker, and has chosen our programme, Newsnight, as the place to land his thoughts quite carefully.

“So why do I feel unable to let him say it without trying to find an equally world-famous actor who that same night is miraculously going to tell us the opposite?

“And wouldn’t I be tumbling into both-sideism – false equivalence – even if we had?”

In February, she and Jon Sopel announced they were leaving the BBC to join Global, where they are hosting a new podcast, titled The News Agents, and a radio show together on LBC.

A BBC spokesperson said: “The BBC places the highest value on due impartiality and accuracy and we apply these principles to our reporting on all issues.

“As we have made clear previously in relation to Newsnight we did not take action as a result of any pressure from Number 10 or Government and to suggest otherwise is wrong.

“The BBC found the programme breached its editorial standards and that decision still stands.”

The MacTaggart Lecture has formed the centrepiece of the Edinburgh TV Festival since 1976 and has been delivered by a host of notable figures, including actress and writer Michaela Coel, broadcaster Jon Snow, and fellow former Newsnight host Jeremy Paxman.

Other names to have given the address include Rupert Murdoch and Armando Iannucci.