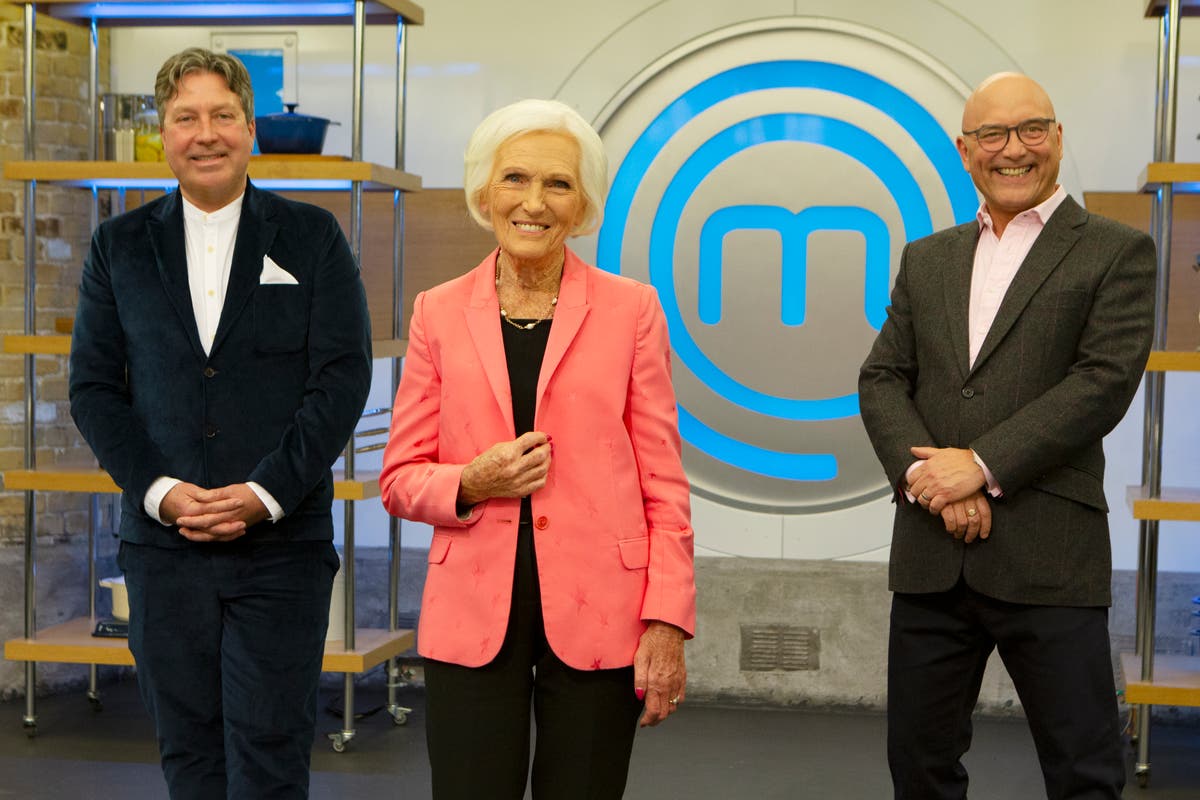 She will appear during next Thursday’s instalment of the BBC series, on September 8, where the remaining contestants will be charged with recreating one of Dame Mary’s “favourite and delicious signature classic recipes”.

The celebrity contestants will have to “master unfamiliar ingredients and techniques” in the hopes of impressing Dame Mary and judges Gregg Wallace and John Torode.

Dame Mary, 87, said: “I can’t wait to see these talented MasterChef semi-finalists bring my dishes to life and hopefully they are recipes they would enjoy making at home too.

“They need to remember though that I’ve got eyes in the back of my head. They may think I’m not watching but I will be…”

Professional dancer Jones, 33, returns to the Strictly line-up this year as the flagship BBC One show returns for its 20th series.

She made Strictly history in 2020, dancing as part of the show’s first same-sex pairing alongside boxer Nicola Adams, but their journey was cut short after Jones tested positive for Covid-19 and they were forced to leave the series early.

She said of doing Celebrity MasterChef: “I’ve been a professional dancer for 30 years, I’ve been a teacher and I’m always in control of the situation.

“I’ve been learning my craft for so long that I thought to be on the other side, be the beginner, be the amateur and being judged for something that is so outside my comfort zone is going to make me a better person.

“I’ll learn a new life skill, meet new people, what is better than that? All whilst eating!”.

Coronation Street and Neighbours star Thomas, 38, said of being in the MasterChef kitchen: “It is very intimidating and scary when you first walk in, nothing can prepare you for that. Stepping into the kitchen, working out where everything is and then cooking the food.”

British actor and disability rights campaigner Pearson, 37, who has neurofibromatosis, said: “I wanted to do Celebrity MasterChef to learn a new skill. I’m coming into this with zero cooking expertise at all.

“As someone who has made a career of going out and telling other disabled people to live their lives, seize the day, carpe diem, at the risk of avoiding hypocrisy I thought I should be doing this. Also, ladies love a cook.”

Celebrity MasterChef airs on BBC One on August 30 at 9pm. The semi-finals week airs across BBC One and BBC iPlayer on September 6, September 8 and September 9.