Corporal thanks public for ‘amazing’ support for marathon challenge 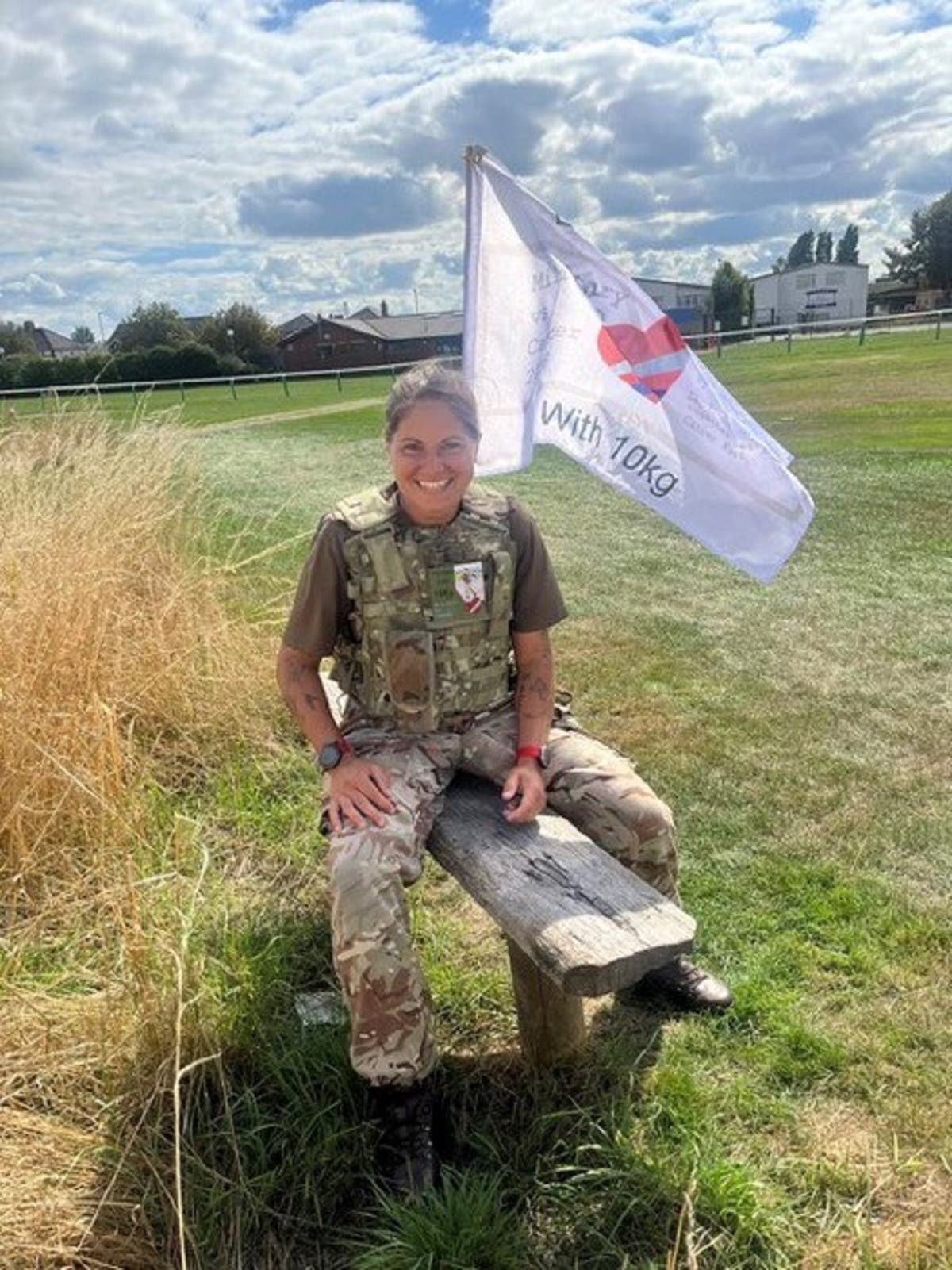 corporal who is set to complete 10 marathons in 10 days to raise awareness for how cancer affects military personnel has thanked the public for their “amazing” support.

Elena Mountford, 36, who lives in Hereford, has been running a 26.2-mile marathon a day over ten days for the charity Military vs Cancer, which gives grants to organisations who deliver diagnosis, treatment and care to patients and families during the ongoing stages of their cancer journey.

She is set to complete her final marathon on September 1 at MoD Lyneham, with the challenge being spurred on by her witnessing how both her biological and adopted mothers – Maria Bunghiu, who passed away at the age of 66, and Ruth Bilton, 69, respectively – dealt with cancer.

“My biological mother was diagnosed with lung cancer in 2017. When I was out on deployments in Canada, on a military exercise, in 2018, I got told I needed to fly back to the UK as soon as possible because she had a week to live,” she told the PA news agency.

“A few days later, I flew to England and then I was on a plane to Romania, and I got to see her.

“It wasn’t pleasant to watch, but it was nice to see her before she passed away.”

Her adopted mother was diagnosed with ovarian cancer in 2020 and began treatment in 2021, but it was “caught in time”.

“The hospital was really good and really supportive. So, I thought this year I’ll try and double it essentially and make it a bit harder,” she said.

The challenge, which has been made “harder” through Mrs Mountford carrying 10kg body armour, has been “quite tough at times”.

“The body armour rubbed a bit on my stomach, but I’ve got used to it now,” she said.

It’s crazy that it’s even gone out that far. And it’s also not just about donations, it’s about raising awareness as well

“When I first started training, I thought to myself – I’ve got no chance, I’m not going to be able to achieve this, but I just kept trying and have gotten used to it now.”

So far, more than £7,000 has been raised, with some donations coming from around the world.

“It’s crazy that it’s even gone out that far. And it’s also not just about donations, it’s about raising awareness as well”, she said.

“A few people have messaged me saying I didn’t know there was that support out there, thank you very much, and it is good to know that I have helped other people.”

Each marathon has taken Mrs Mountford roughly seven hours to complete, with her third being one of her favourites because her father (Richard Monk, 74) joined her for the last four miles.

“I was really struggling because we had to go up quite a big hill and it was just to have him there to support me really,” she said.

“I wasn’t expecting it, so it was a nice little surprise.”

She added that the support she has received has been “amazing”.

“My husband (Daniel, 40) been absolutely amazing. I’ve done this over my summer leave and he dedicated his time to support me and he’s done a marathon himself and come out on a few days to cheer me on,” she said.

“The whole neighbourhood has been amazing. They’ll come out and clap me in every day when I come in and it’s the support and people that make it a highlight.”

She added that her military colleagues are set to meet her at the finishing line of her final marathon.

“They’re all supporting me on my final day, which is really nice,” she said.

“On Wednesday, lots of people came down to run with me and took time out of work to be there for me really, which is really nice.”