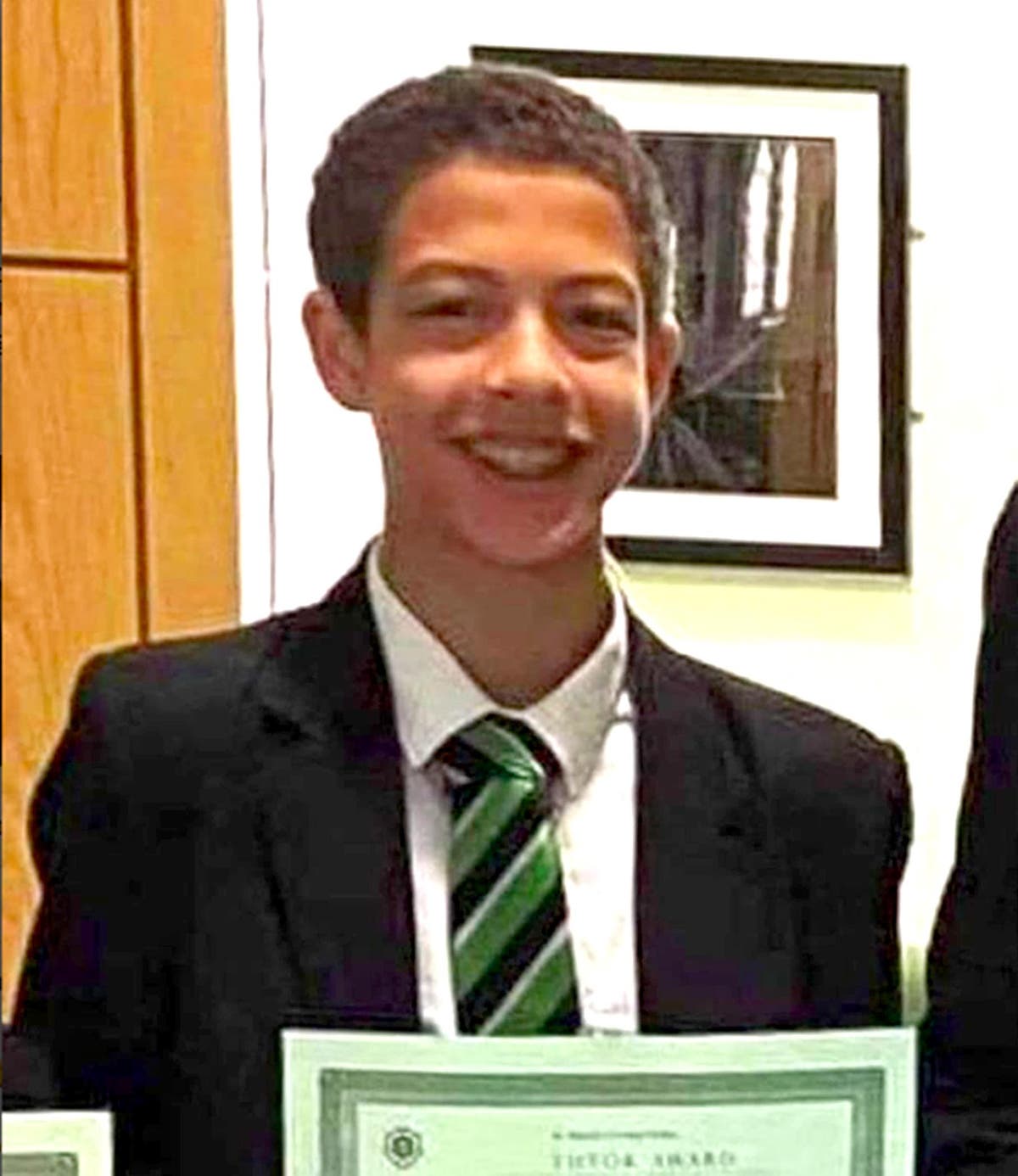 decision on whether to withhold police material from an inquest into the death of schoolboy Noah Donohoe will be made with absolute independence and integrity, a coroner has vowed.

High Court judge Mr Justice Michael Humphreys said he is aware of the level of controversy generated by the Government-backed Public Interest Immunity (PII) application by the Police Service of Northern Ireland (PSNI).

Justice Humphreys, who is the presiding coroner for Northern Ireland, made the remarks in open court ahead of a behind-closed-doors hearing on the PSNI’s PII bid to redact certain sensitive material from investigation files that will form part of November’s inquest into the teenager’s death.

The PSNI argues that disclosing the information, which includes details on police methodologies and source handling, would damage national security interests.

Noah, 14, a pupil at St Malachy’s College in Belfast, was found dead in a storm drain in the north of the city in June 2020, six days after going missing.

He disappeared while cycling from his home in south Belfast to meet friends across the city.

Police have ruled out foul play.

Noah’s mother, Fiona Donohoe, is hoping for answers to some of the questions surrounding her son’s mysterious disappearance and death through the inquest process.

She has been campaigning for the police files to be released in full and has gained significant public backing.

A petition opposing the PII bid has gained more than 300,000 signatures, while supporters of the Donohoe family staged a protest in Belfast city centre last month.

To make a PII application to the coroner, the PSNI first required the sign off of a Government minister.

Northern Ireland Secretary Shailesh Vara signed the document in July in a move that drew criticism from those opposing the PII bid.

November’s inquest will be heard by coroner Joe McCrisken.

The PII process is being dealt with separately by Justice Humphreys.

The closed PII hearing was held in Belfast on Thursday, with Justice Humphreys pledging to deliver a ruling within seven days.

In a lengthy open hearing ahead of the closed proceedings, the coroner said the strength of public feeling could not be ignored but said he will make his decision independently.

“One couldn’t fail to be aware of the interest and controversy that this particular application has generated,” he told the court.

Justice Humphreys said there is nothing “sinister” about the fact PII hearings are held in private.

He said it is necessary to consider the material at the heart of the application.

“I also want to stress that the decision ultimately is being made by an independent judicial officer,” he added.

“The decision here will be made with absolute independence and integrity.”

The PII application relates to material within three separate police files to be used during the inquest.

Donal Lunny QC, representing the PSNI, told the court the redactions are not excessive and mainly relate to reference numbers, the grading of intelligence, information on sources and details on police methodology.

He insisted there is a “real risk” to the national interest if the material is disclosed in open court.

The barrister said PII applications are not unusual.

Mr Lunny told the court that information was relevant as the disclosure of police methodologies could directly benefit terrorist groups in Northern Ireland.

“The predominant basis upon which PII is sought in this case is national security to do with law enforcement methodology and capability,” he said.

“If certain information about methodology or capability were in the public domain, one of the groups to whom that information is likely to be of use are terrorist groups.”

The barrister said the application was not like others that had come before the courts that involved page after page of material being blacked out.

“On the ultimate question of, ‘Is it possible to have a fair inquest in the interest of justice with these redactions applied?’ I would submit, ‘Absolutely, yes’,” he said.

Brenda Campbell QC, representing the Donohoe family, accepted that PII applications are not uncommon in the coroner’s court, particularly for Troubles-related killings, but she questioned why issues of national security are at play in a case involving a child’s death.

“We must bear in mind that at the heart of this inquest is the death of a 14-year-old child,” she said.

“A bright and talented and popular boy who had a zest for life. Who was loved and was loving and impressed everyone who knew him and that child left home on a bright Sunday afternoon in June 2020 and whose naked body was found six days later face down in a storm drain.”

She added: “At the heart of this inquest is a grieving mother and a grieving family who need to understand how and why Noah died.

“However painful answers that are forthcoming might be, they are not as painful as the unknown as to how and why he died.”

Ms Donohoe and her sister Niamh watched proceedings from the back of court during Thursday’s open hearing.

The barrister noted the significant rumour and suspicion the case has generated.

She said some of it was “ill founded, harmful and unwelcome”.

“I think it’s important that I should make clear on behalf of Noah’s mother that she has no interest in igniting rumour and suspicion, and that much of that has been deeply painful and very unhelpful to her,” she added.

Ms Campbell said the proposed redaction of intelligence grading assessments would hamper the family in scrutinising whether the police responded appropriately to intelligence suggesting third party involvement in Noah’s death.

The barrister said the inquest’s purpose is not only to determine how Noah died but also to examine his family’s concerns about the police’s handling of the case.

“Withholding material that can safely be disclosed will undoubtedly do more harm than good and undermine further the public confidence in the administration of justice,” she said.

“If this inquest can properly and fully address these issues, it will serve to quell rumour and suspicion.

“Withholding or concealing information in relation to those really is the antithesis of what we hope to achieve.”

During legal exchanges on Thursday, Ms Campbell also aired concerns that sensitive information about the case was being leaked on social media from a “police source”.

Mr Lunny said the PSNI was not aware of any unauthorised disclosure related to the investigation.

After the PII hearing, the court reconvened again briefly in open session.

He said while the PII process involves “complex and niche” areas of law, the “human tragedy” at the centre of the case should not be forgotten.

The coroner said he will deliver his ruling no later than next Friday.