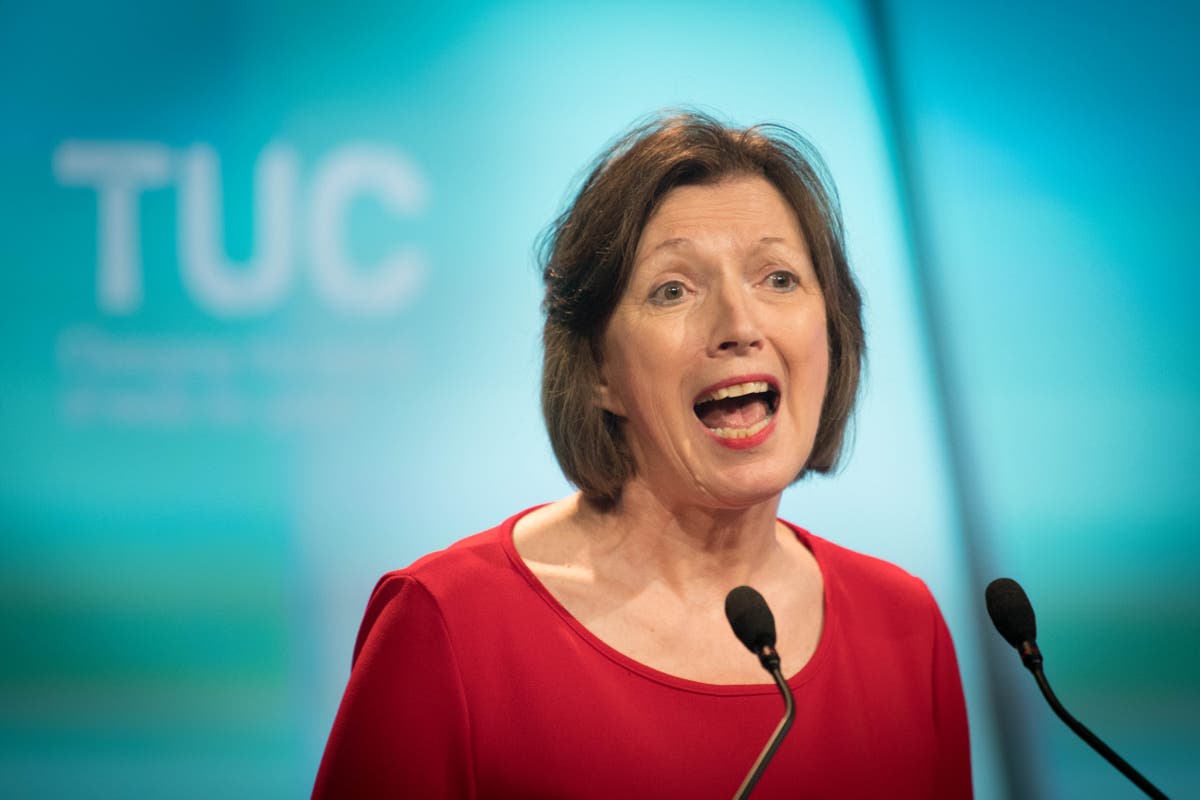 The Prime Minister recently tasked his Cabinet with shrinking the size of the service by a fifth, using the savings for tax cuts to ease the cost-of-living crisis.

However, Frances O’Grady, head of the Trades Union Congress, argued the move would provoke widespread anger.

Speaking to Sky News’ Sophy Ridge, she said: “This is back to austerity – and we saw how austerity failed not only ordinary people, families, but it failed the country in the end by holding back growth.

“How on earth the Government expects to be able to shed 90,000 (jobs) at a stroke and for it not to damage communities in the country, I really don’t know.

“Communities will be extremely angry if they’re looking to get hit again in terms of key public services.”

In the same interview, Ms O’Grady urged the Prime Minister to show “basic respect” to those working from home.

Mr Johnson has repeatedly criticised civil servants who work remotely and in a recent Daily Mail article called for staff to return to the office.

He added that his experience of working from home, where he spent “an awful lot of time” making cups of coffee and eating cheese, was unproductive.

Ms O’Grady said: “It feels a bit ironic given the Prime Minister is the classic case of somebody who always works from home because he’s based in Number 10.

“I would have hoped that politicians facing a living standards emergency had more important things to be getting on with.

“They’re trying to interfere in day-to-day industrial relations between civil servants, managers and their unions.”