Chaos at Gatwick as staffing issues lead to delays and cancellations 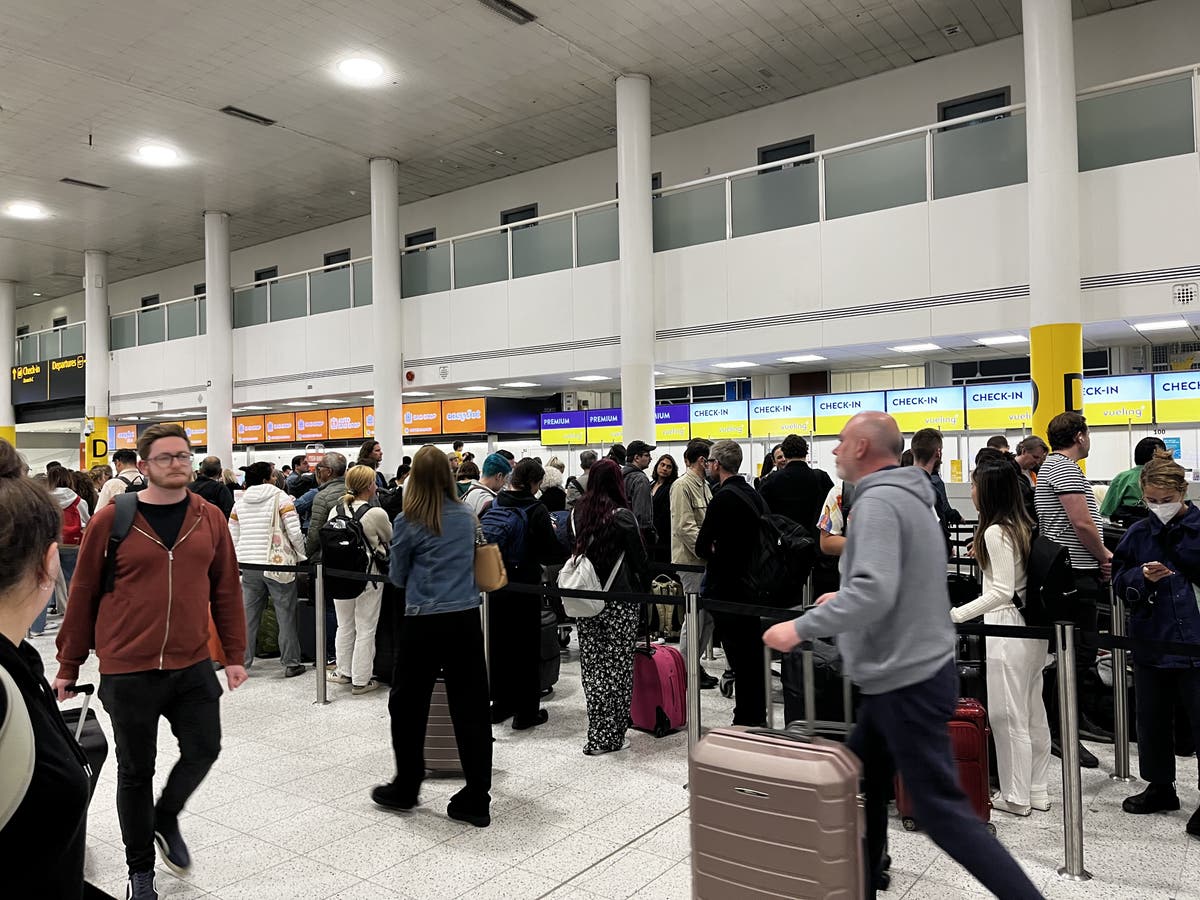 housands of holidaymakers are being delayed, in some cases, by several hours after staff shortages led to a backlog of flights into and out of Gatwick Airport.

Passengers have reported being stuck on flights that have landed and sitting around in waiting rooms for hours on end as estimated departure times go back into the evening on Wednesday.

Gatwick is the UK’s second largest airport and dozens of flights have been impacted, including those operated by airlines such as EasyJet, Ryanair, British Airways and TUI.

Passengers have been taking to Twitter to complain of their disruption and the airport’s social media moderators have apologised to customers.

A statement from thre airport read: “Restrictions have been put on the number of flights that can arrive into Gatwick due to late notice staff absence in the airport’s control tower. Some flights may unfortunately be delayed as a result. Gatwick would like to apologise for any inconvenience this will cause.”

It has already been a troubled summer for airports, with a huge rise in custom after two Covid-19 hit summers. Gatwick saw a 318 per cent rise in custom this July compared to 2021, but despite this – its managers have said “better, more reliable journeys” have been made with the chaos easing.

This did not resonate with many passengers on Wednesday, with travel agent Clarity issuing a travel alert for anyone passing through the airport.

Gatwich has not said how long the disruption could last for.

EasyJet customer Christopher Hogg spoke of his ordeal in trying to get back to Gatwick from Pisa – where he has been on holiday.

The Walthamstow resident told the Standard he was most recently told the arrival time would be around three and a half hours later than scheduled – “messing up” his connections back across London.

“I was planning on travelling back today in time for a friend’s wedding and now I’m concerned that I won’t be able to make it on time,” webside developer Mr Hogg, 29, said.

“There are many families here trying to get back for the start of the new school year. It will be a very late and stressful night for them.

“I feel sorry for the flight before mine, whose passengers appear to have boarded and are now stuck on the plane.”

He added: “I’ll land too late now and this has messed up my connection across London to get back home. I’m not sure what I’m going to do”.

Others complained of cancelled flights.

Arrivals showing as cancelled on Wednesday evening at the airport include flights from Berlin, Vienna, Geneva and Bilbao.