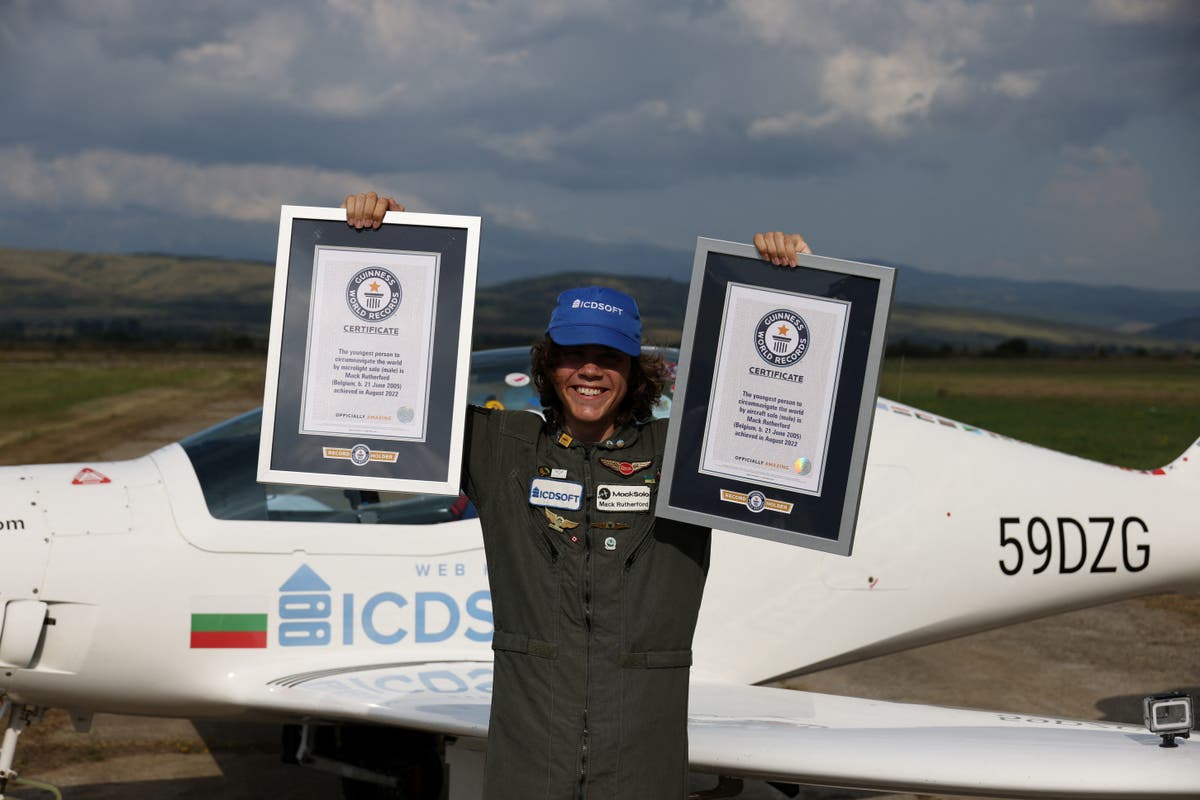 British-Belgian teenager has become the youngest person to fly around the world solo.

Mack Rutherford, 17, left from Sofia in Bulgaria on March 23 and crossed 52 countries across five continents before landing back in Bulgaria on Wednesday.

Speaking as he stepped out of his aircraft, he said he hoped his achievement would inspire young people to pursue their dreams.

“Just follow your dreams, no matter how old you are – work hard and move forward to achieve your goals,” he said.

He broke the Guinness World Record set by 18-year-old Travis Ludlow in 2021.

Rutherford was encouraged in his journey by his sister Zara, who finished her own global flight trip in January at age 19, and previously held the ultralight record.

She said she kept in close touch with her younger brother during his journey.

“While he was flying, I constantly tried to keep in touch and help him. Our parents called him every day, and I joined in those conversations,” she said.

“I gave him advice on the route, on the flight, so that I could be useful to him”.

Born into a family of pilots, Rutherford qualified for his pilot’s license in 2020, making him the youngest pilot in the world at the age of 15 at the time.

His trip kicked off in Bulgaria because his sponsor, the web hosting company ICDSoft, is headquartered in Sofia and loaned him the plane.

Initially planned to take up to three months, the trip lasted longer because of several unexpected obstacles along his way, including monsoon rains, sandstorms and extreme heat.

His father, Sam Rutherford, said he was extremely happy and proud of his children’s achievements.

He told reporters that such an event is especially encouraging for children to follow their dreams and parents to support them in their endeavors.

Mack Rutherford said he will now focus on his education.

“The next thing I’m going to do is to go back to school and catch up as much as I can,” he said.