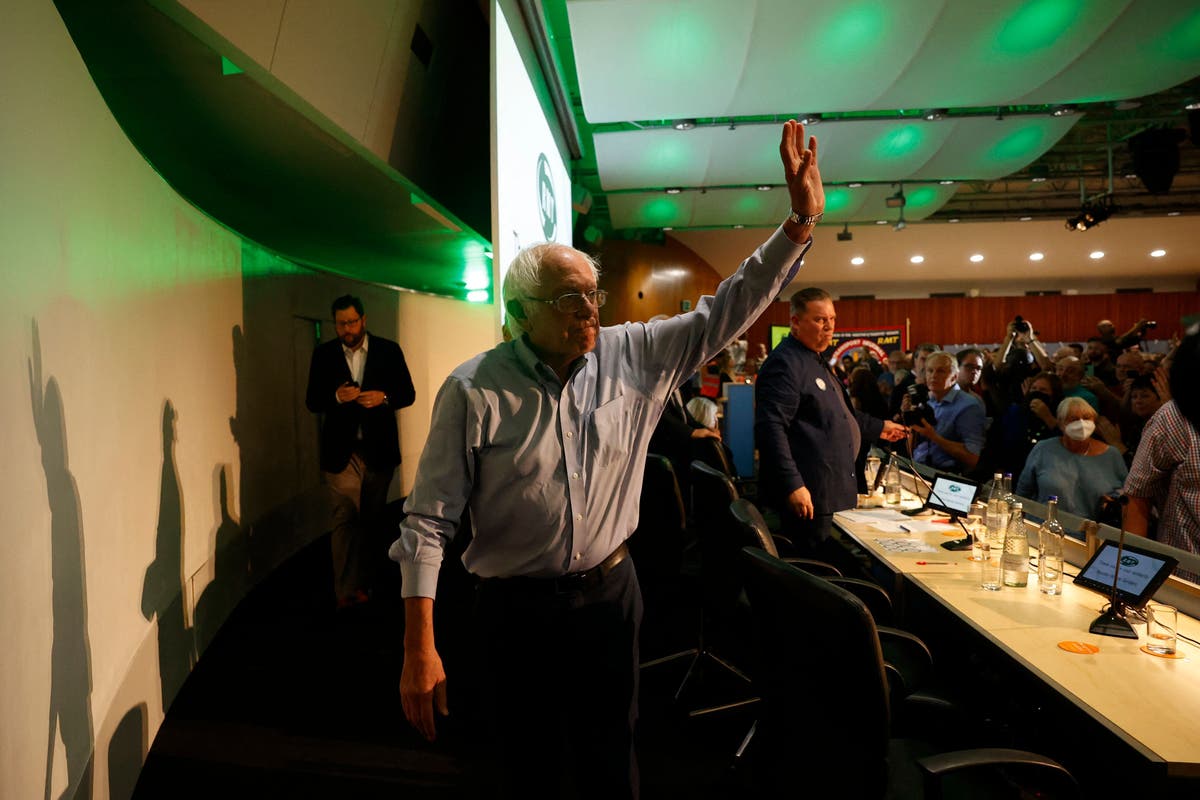 ernie Sanders said the train strike coordination led by RMT was “an inspiration” and had been noticed around the world.

The US senator and left-wing hero hailed the efforts of unions in standing up for transport workers at the Save London’s Public Transport Rally in Great Russell Street.

They met alongside other union representatives in a call to arms to oppose the government’s reported £2 billion cuts to public transport.

RMT has held a series of strikes over the summer and has, alongside other rail unions, not ruled out further industrial action into the autumn.

Transport for London (TfL) has also been under a financial strain – with passenger numbers still not in line with those seen pre-pandemic. Some bus routes have been scrapped and TfL could need to make further cuts in the months ahead, with passenger fare income needed to meet 72 per cent of its budget – a situation described at the meeting as “nonsensical” in a climate emergency.

“The people on the top are phenomenally rich and they are becoming richer. You are seeing a middle class continue to shrink, and millions are living in abject poverty.

Mr Sanders called out an “addiction to greed” witnessed in the top companies.

“We have got to get our priorities right and get a government that works for all and not just a few,” he said. “There is a growing concentration of ownership, large multinational corporations have so much control of the markets.

“A small number of billionaires have enormous power… our challenge is to bring people together and stand against the demi gods who want to divide us up by the colour of our skin, or where we were born, or what our sexual orientation is.

“It is not radical… Our job is to take on these oligarchs and welcome a world of justice. Every worker should be entitled to a decent standard of living. It is not a radical idea to entitle everybody to decent, affordable housing.”

Addressing Mr Lynch, he said: “Once again, Mick and trade unionists, it is an honour to be here and we so much appreciate what you are doing.

“What you are doing is being noticed and you are an inspiration.

“Let us keep going and keep our eyes on the prize.”

Mr Sanders, who represents Vermont, is meeting fellow left-wing insurgents this week in the UK, including RMT supporter Zarah Sultana – MP for Coventry South. The 80-year-old is rumoured to be running for the White House again in 2024, having unsuccessfully stood in 2016 and 2020.

Around 200 people watched the broadcast as it went out on YouTube while a further 150 tuned in on Facebook.

The department for transport has opposed strike action all summer long, calling the strikes unnecessary and affecting the people who most need to get to work.

Secretary of state Grant Shapps tweeted on Wednesday: “Today I agreed a long-term settlement with @TfL, which will support nearly £3.6bn of projects & bring total funding to over £6bn in a way that is fair to all taxpayers. The Mayor must now follow through on his promises to keep TfL on the path to financial sustainability by 2023.”