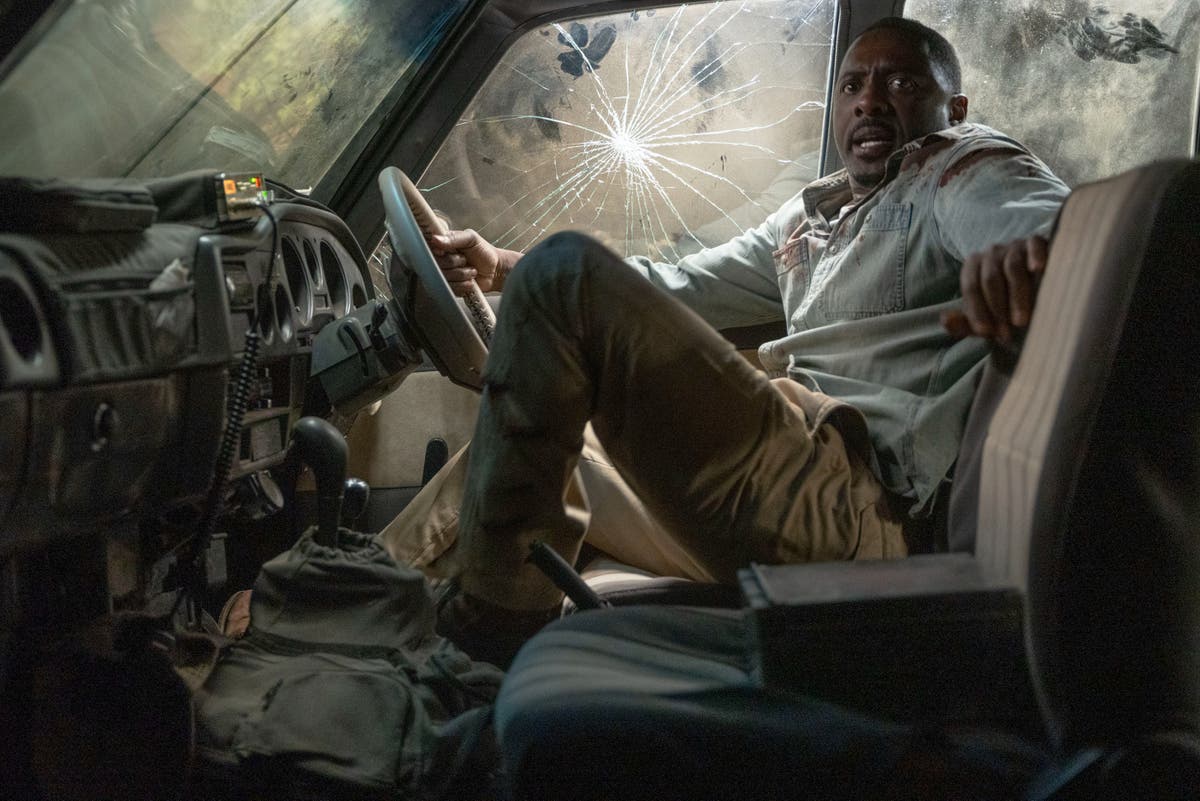 dris Elba vs a loopy lion. That’s a prospect to make all sane viewers salivate, yet by the end of this savannah-set survival thriller I was practically supine. I am woman, hear me snore.

It all starts so well. Shot with flair by Baltasar Kormakur and his cinematographer, Philippe Rousselot, a taut night-time sequence establishes what’s driven the titular predator to distraction.

The girls’ South African mother, Amahle (Naledi Mogadime), from whom Nate was estranged, has just died from cancer, in New York. Nate’s brought the teens to a game reserve, in Mopani, because it’s where Amahle grew up but also because it’s managed by Nate and Amahle’s mutual friend, Martin (Sharlto Copley; intense). Understandably, the holiday/homecoming atmosphere is strained. Nate admits, during a conversation with Martin, that he offered Mer and Norah zero support as their mother lay dying.

The politics of the region also seem to genuinely interest scriptwriter Ryan Engle. In fact, when Norah says she’s read an article about “anti-poachers” and wants to know if Martin is one, the stage seems set for a rousing debate on poachernomics. But hey, why do that when you can show a man punching a lion?

There’s a real fight taking place and it’s one being fought by the film-makers/producers. Are we watching a thoughtful drama or exploitation pic? Whoever’s in charge keeps hedging their bets (they can’t even decide what surname the hero should have; in marketing materials he’s as likely to be referred to as Nate Daniels as Nate Samuels). Basically, there are two sides to Beast and the wrong side wins.

Once Beast begins treating us like twits, the film’s extended and intricate takes stop being scary, or even the tiniest bit tense. The transparently CGI lion has fire-resistant fur; he races through mountains at super speed! His fatal flaw? He can’t outwit Americans.

That’s right, the lion is able to kill all the Africans who cross his path, yet fails to get a grip on Nate. The latter (a doctor from Brooklyn, remember) throttles a snake with his bare hands and wades fearlessly into crocodile-infested waters. He also gets a thumbs up from a glowing, beyond-the-grave Amahle (the character, who was presumably in her late 40s when she died, is played by a 24 year old model; yeah, that makes total sense).

In the most risible scene of all, Nate and the big cat settle their differences face to face. The VFX, by this point, are dire. “Nate” resembles a gyrating crash test dummy. The jiggling lion looks like it’s been cut and pasted from a Come to Whipsnade brochure.

Kormakur recycles several tricks from the first Jurassic Park movie and we’re meant to spot the homage (early on, Mer wears a Jurassic Park t-shirt). What possessed the film-makers to invite that comparison? Spielberg’s film makes us sweat for the beleaguered siblings at its heart and has so much to say about the unpredictable behaviour of animals. Funnily enough, the same is true of Jordan Peele’s most recent epic, Nope. Next to these classics, Beast appears truly shonky.