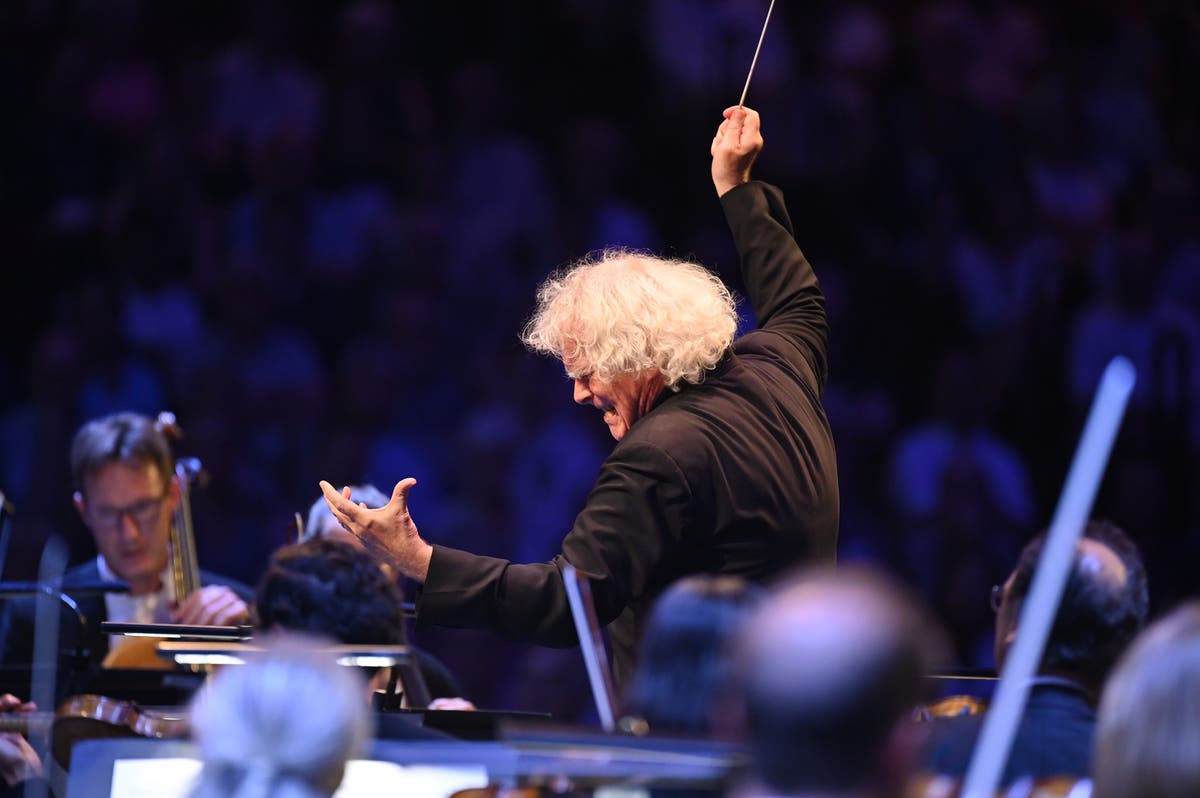 ny performance of Mahler’s Second Symphony (the “Resurrection”), especially one at the BBC Proms resonating under that unique glazed-iron dome of the Albert Hall, is likely to be a moving experience.

Thrilling as the setting of Friedrich Klopstock’s Resurrection Ode in the finale reliably is, it’s what happens in the four movements leading up to it that enables a conductor to put their stamp on the performance.

Rattle lost no time in preparing us for this epic spiritual journey. In the opening funeral march, his tread was not heavy or lugubrious, but brisk and unsentimental. Yet the lyrical episodes with which these elegiac strains were juxtaposed were delivered with swooning portamenti that rendered their wistful musings the sweetest of sorrows. (Mahler himself referred to images of a long-dead hour of happiness entering the soul like a sunbeam.)

The predominant flavour of the second-movement Ländler, a popular rustic dance, may indeed have seemed almost saccharine, but one was reminded how those close to death can experience the beauty of apple blossom with an intensity denied to others.

Rattle moved without a break into the scherzo third movement, maintaining an eerie calm with restrained dynamics, yet highlighting the spooky brushing of the Rute (a bundle of sticks) on the drums.

Later in the movement, trumpets leered like gargoyles, preparing us for the full-orchestra outburst that Mahler referred to as “a cry of disgust”. The mood passed to introduce the numinous setting of Urlicht (Primal Light), sonorously delivered by Sarah Connolly, lingering lovingly over the final consolatory phrases.

And so to the climactic finale, which Rattle paced unerringly, allowing us to savour the offstage brass, the shivering of brushed cymbals, a cataclysmic drum roll (emanating from stage and gallery simultaneously and ricocheting round the hall like gunfire). This is Mahler at his most sublimely idiosyncratic: all a prelude to the storming of the heavens about to come.

The 300 choristers, waiting patiently for their five minutes of glory, remained seated and unobtrusive for a few pages longer, allowing the soprano Louise Alder to rise seraphically above them. Then came the roof-raising peroration, orchestra, organ and combined choruses all joining in a spine-tingling affirmation of faith in life itself.

Mahler’s attitude to religion and the afterlife was ambivalent, to say the least. The paradox is that a great performance of this death-obsessed work sends one out into the night glad to be alive.