These African kids lipsyncing, dancing to popular songs will steal your heart 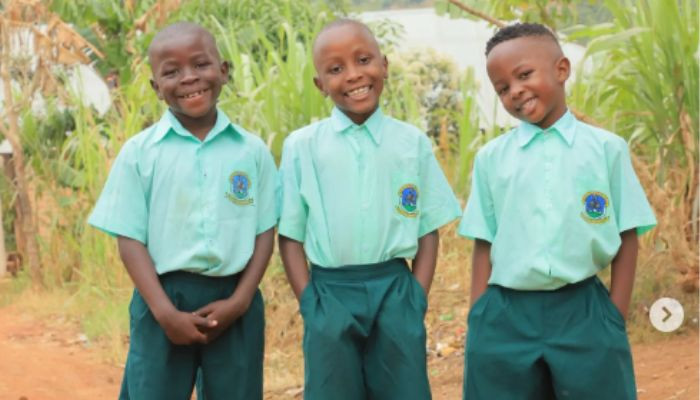 A bunch of African children have taken the internet by storm with their amazing dance moves and lip-syncing.

Uganda-based NGO Masaka Kids Africana has posted these videos. The NGO supports orphan children in the region whose parents die due to war, famine, or disease.

In the most recent video, the talented kids can be seen dancing to the song ‘Electricity’ by Pheelz and Davido.

One boy can be seen lip-syncing while he holds a stick like a mic. Another pretended to play the drums, while the third kid danced his heart out.

The caption read: “Good vibes all the way.” The video has garnered over five million views.

Social media users expressed their love for the children. One user called them “baby kings”, while many called them “adorable”.

In one of the videos, they were seen grooving to a popular Bollywood song “Gallan Goodiyan”.

In one video, the children can be seen dancing to a Punjabi hit.