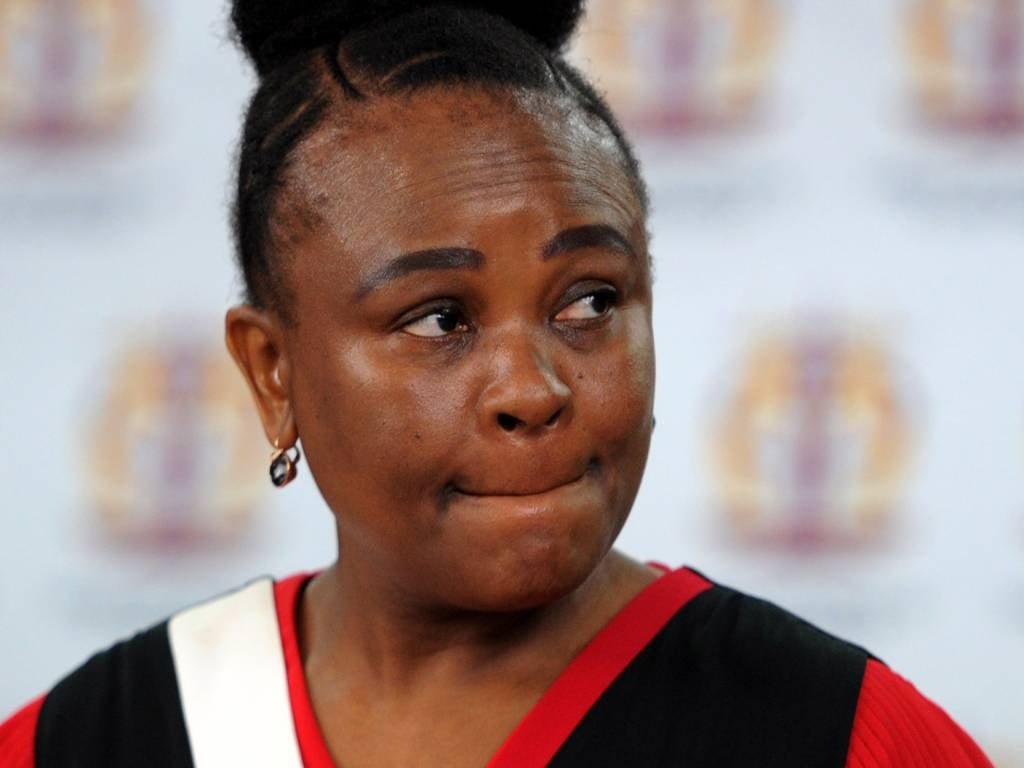 Suspended Public Protector Busisiwe Mkhwebane has accused the Constitutional Court of abuse after it dismissed her rescission application with costs.

The application relates to the ruling of her impeachment inquiry process, which she argues was unlawful.

The apex court unanimously ruled that Mkhwebane “ought to pay costs in her personal capacity, as this application constitutes an abuse of process of court”. Mkhwebane told journalists on Wednesday that the Constitutional Court’s latest move was “women’s abuse”.

“That is the biggest abuse of women. I mean, where would I get that money? Why mustn’t I exercise my constitutional right, and what court process am I abusing? I think they are abusing the Constitution as the Constitutional Court. I must say it is very disappointing,” said the suspended Public Protector.

She said she was also disappointed that the apex court did not give reasons for dismissing her application. “It’s unfortunate that [the ruling] is only a paragraph, and we didn’t get the reasons why they are dismissing it. Such issues are meant to develop the jurisprudence,” said Mkhwebane.

The Office of the Public Protector had previously stated that it would not fund Mkhwebane’s attempt to seek a rescission of the Constitutional Court’s dismissal of her earlier rescission application.

This was Mkhwebane’s second attempt at a rescission application.

She filed her first application after a judgment by the court in February that, in the main, upheld the rules for the Section 194 inquiry and allowed it to proceed.

Mkhwebane’s impeachment hearing, which has been running for just under two months, has heard damning testimony from former officials in her office.

Mkhwebane faces claims of misconduct and incompetence, with her fitness to hold office questioned.

In June, President Cyril Ramaphosa suspended her as Public Protector, pending the outcome of the parliamentary process.

Mkhwebane and her legal counsel, advocate Dali Mpofu SC, failed to have Ramaphosa subpoenaed to give evidence at the impeachment inquiry.