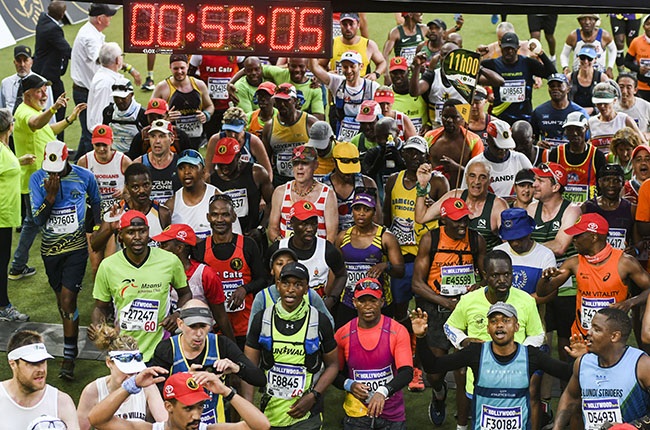 The Comrades Marathon has been rocked by another tragedy of a participant who died while participating in Sunday’s down-run.

47-year-old Phakamile Ntshiza, who ran for the Pretoria-based Adventist Athletic Club, died suddenly while on the course to Durban.

He collapsed shortly before reaching Drummond – the half-way point of the race – and was declared dead when the Netcare medical team arrived on the scene.

This follows news earlier in the day that Mzamo Mthembu of the Hollywoodbets Athletics Club died in a Westville hospital on Sunday after collapsing just before Pinetown.

“When our Netcare team had arrived at the scene, the athlete was declared dead,” James said of Ntshiza’s death.

“The chairperson of the Comrades Marathon Association has been in contact with both families.

“Comrades is a family. We have had over 400 000 people run the race since its inception over 100 years ago, and we are all family.

“Two deaths are two too many, and our thoughts and condolences are with the families of the runners who lost their lives.”

James added that a total of 74 runners had been transported to hospital – 41 to St Augustine’s and 33 to Netcare Umhlanga – after Comrades shut its medical facilities at 20:00 on Sunday night.

Of those, two remain in ICU presently. One is still on a ventilator.

“We’re wishing them both a speedy recovery,” added James.