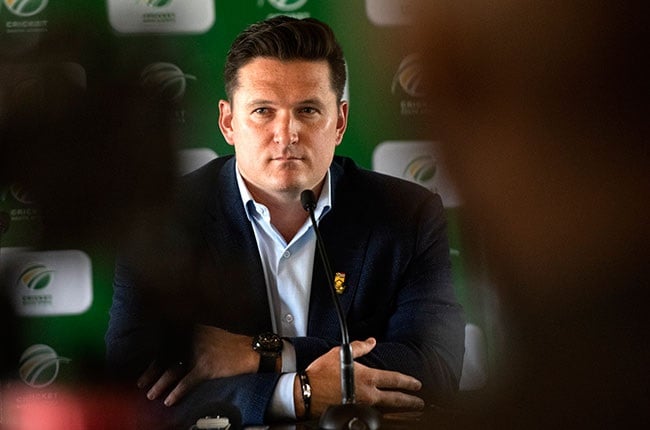 SA20 league commissioner Graeme Smith isn’t concerned about the backlash they could get should the Proteas lose the series against England as Cricket South Africa puts T20 cricket at the forefront of their financial sustainability.

The Proteas are currently engaged in a three-Test series against England that concludes with the third Test at the Oval next week.

The SA20 though will occupy a significant part of SA’s summer season, with its start in January next year necessitating the cancellation of three ODI Super League fixtures against Australia.

Smith said global cricket’s struggles with finding space for all cricket is affecting every country, but SA has always had a gap for a tournament, even if it hasn’t been used well.

“The structure of the season changes every year, and these are things that everyone grapples with in the international circuit,” Smith said.

“It’s an interesting debate and discussion going forward, but in most years, SA has played a T20 tournament.

“Now we’ve got something that can be elevated to a standard that we see across the world and for us, that’s something to be excited about.

“It’s going to bring expertise and financial support into our game that I hope will benefit all forms of the game.

“It should increase our player pool and the standard of our game, while keeping us relevant in the international game.”

The SA20 will also run headlong into the United Arab Emirates T20 Competition, which opens up competition for players.

Smith, who said the SA20 will have its Big Bash League players available through an agreement with the organisers of that tournament, added that he’s been in conversation with the UAE T20 League organisers about balancing player demands.

“I met with the UAE league people last week and we agreed on a way forward,” Smith said.

“Hopefully, that’ll play itself out over the next few days, but there needs to be a way where both leagues co-exist.

“There’s a relationship that’s been opened up here in terms of finding a way forward, so I’m looking forward to furthering engagement.

“The difference for us is that we’ll also focus on the South African talent.”

Smith also said a women’s version of the tournament is in the pipeline but can’t take place next year because SA hosts the ICC T20 Women’s World Cup that starts on 9 February.

“It’s 100 percent in our plans, but with the women’s T20 World Cup starting directly post the tournament, it wasn’t viable for this year,” Smith said.

“It’s in our plans to begin one as soon as possible.”