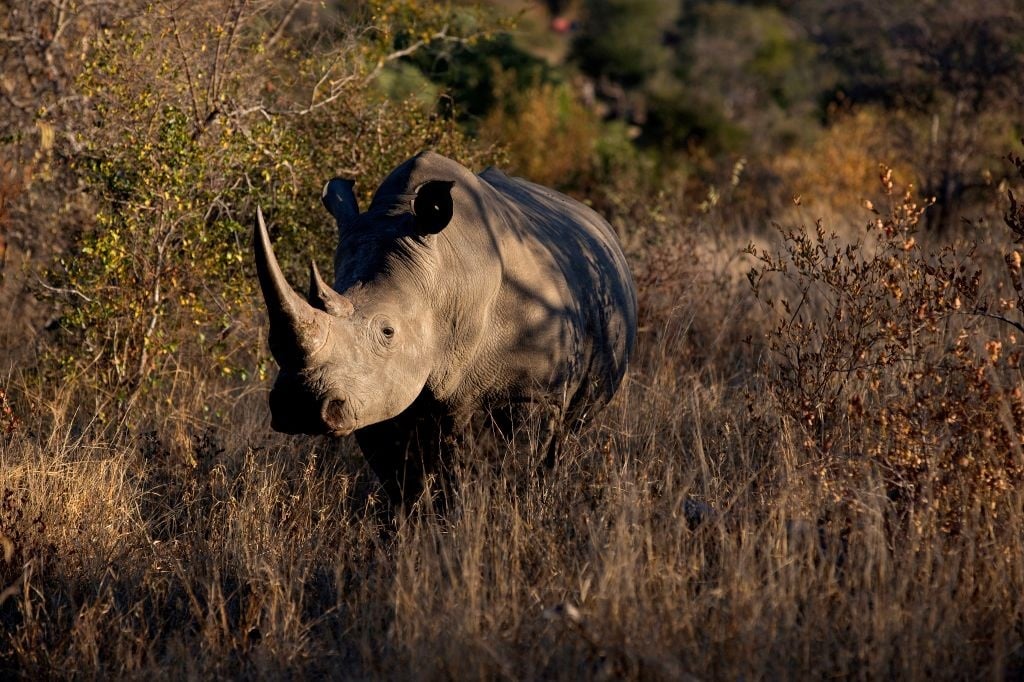 Disrupting international organised crime groups is essential to stop rhino poaching at South African reserves, but it will require a collaborative approach between international law enforcement agencies and governments.

This is based on recent information that describes the global status of rhinos, which the IUCN African Rhino Specialist Group released.

African countries recorded a 2 707 illegal killings of rhinos between 2018 to 2021, and South Africa continues to face the greatest threat, reporting 90% of these losses. These countries also reported 1 588 rhino-related arrests from 2018 to 2021, together with 751 prosecutions and 300 convictions.

“Restrictions on movement and travel during 2020 as result of the Covid-19 pandemic hampered the efforts of horn trafficking networks and all four of the major rhino range states – South Africa, Namibia, Zimbabwe and Kenya – experienced lower poaching rates. This respite has not lasted and as Covid-19 travel restrictions are lifted, there are concerning signs that rhino poaching is returning to near pre-pandemic levels,” said WWF Africa Rhino Lead Jo Shaw.

According to the Department of Forestry, Fisheries and the Environment, 259 South African rhinos had been poached in the first six months of the year. Of these, 82 were poached in the Kruger National Park.

However, Minister of Forestry, Fisheries and the Environment Barbara Creecy said trends have shown that poachers are moving away from the Kruger National Park to private reserves. She added that most rhinos (113) were killed in KwaZulu-Natal reserves this year.

In addition, private reserves have by and large had to carry the brunt of security costs on their own, Elise Serfontein, founding director at StopRhinoPoaching.com said.

“Supporting the private sector is critically important, because unless the government makes a concerted effort to effectively capacitate state reserves, as well as derail the syndicates, it’s increasingly probable that the only viable rhino populations left in South Africa in future will be on private land,” she said.

The demand for rhino horn remains a constant threat to our rhino populations “as crime syndicates continue to operate within our borders”, Creecy said.

“The number of successful arrests and prosecutions recorded over the past six months can be attributed to the continued successful collaboration between the law enforcement agencies,” she added.

Partnerships between the public and private sector remain key to combating wildlife trafficking. In addition to work being undertaken within the seven Integrated Wildlife Zones, the partnership now includes both the financial and transport sectors, as well as transit and end-user countries in Southeast Asia, especially with the People’s Republic of China, Malaysia and Vietnam.

Serfontein said South African reserves have had to put measures in place to protect their rangers and rhinos from “armed and often dangerous poachers”.

“Rhino poaching is an organised crime and these syndicates are very fluid, meaning that they change tactics according to the countermeasures put in place by reserves. Probably the biggest threat facing reserve security, aside from the poachers themselves, is when their staff become criminalised as well – either through being threatened or being enticed to become involved,” Serfontein said.

“These networks are a risk to the safety and security of wildlife, and the people living around them and those working to conserve them. We know these challenges are global in nature and transnational collaboration and co-operation is required to overcome them, such as has been proven through multi-agency wildlife crime units.”

“We must continue targeted efforts to build resilience to corruption, and to address the problem at the source in the form of illegal demand for rhino horn.”

The transnational aspect of rhino poaching has existed for decades, however, syndicates have become ever more entrenched and more active, said Julian Rademeyer, the director of the Organised Crime Observatory for East and Southern Africa at the Global Initiative Against Transnational Organised Crime.

The consumer demand for rhino horn has also changed, he said. In the early 2000s, rhino horn was in demand, predominantly in Vietnam, where it was considered, based on urban myth, as a panacea for a range of medical conditions, including cancer. However, today, demand for rhino horn is dominated by China, where it is viewed as luxury product and a status symbol.

“The market has evolved, and rhino horn is now considered a collectable item, with products often in the form of jewellery or cravings,” Rademeyer said.

At the lowest level, transnational rhino horn trafficking networks tend to be made up of trackers and shooters who provide services to a number of syndicates. Once they have poached a rhino horn, it will feed into a network of middlemen. The rhino horn will move through several couriers, sometimes over a very circuitous route, until it reaches a market such as those in Vietnam or China.

Rather than being hierarchical, poaching syndicates and transnational trafficking networks are “a lot more diffuse” and can quickly adapt if low-level poachers, middlemen or couriers are arrested, added Rademeyer.

We need to realise that this is a parallel illicit economy, made up of very ruthless and efficient business people who are supplying a product to a consumer. They are highly adaptive and not tied up with the same level of red tape that law enforcement agencies are.

In addition, the members of the syndicates that tend to be arrested are often “foot soldiers” as opposed to “management structures” that form the operational core of poaching and trafficking networks.

A key challenge in addressing rhino poaching is the transnational nature of the crime syndicates, Rademeyer explained.

Law enforcement agencies are often limited to working within their national borders, while organised crime groups are “very fluid”, he said. To tackle the trade of rhino horn, international organisations like Wildlife Justice Commission have stepped up to provide support to law enforcement agencies in countries like South Africa and Nigeria.

In July this year, the Wildlife Justice Commission provided support to the Serviço Nacional de Investigação Criminal (Sernic) during the arrest of a well-known rhino horn trafficker, Simon Valoyi, also known as Navara.

“Navara’s arrest is a major victory for Sernic and for law enforcement in the fight against wildlife trafficking. Whilst there is a long way to go, rhinos are a little safer tonight than they were yesterday,” said Stephen Carmody, the director of programmes at the Wildlife Justice Commission.

This is just one of several recent successes in the fight against rhino poaching, Rademeyer said.

Among these was the 2021 arrest of suspected rhino horn traffickers Schalk Abraham Steyn and Dawie Groenewald. Groenewald faces hundreds of charges, including trading in rhino horn, illegally killing and dehorning rhinos, racketeering and money laundering, and is set to go on trial next year.

To stop poaching, the focus needs to be on disrupting the supply chain, Rademeyer said.

“There’s no one solution. To combat rhino poaching, you need various strategies, including conservation strategies on the ground that include benefits to communities living around national parks. There also needs to be a concerted effort to rebuild various structures in the police, such as specialised crime units, crime intelligence and forensic capacity. We need to see a clear strategy to tackle organised crime, instead of having a reactive response,” he said.

But international collaboration is also essential, he stressed. There is a need to work with the Chinese and Vietnamese governments to share intelligence and coordination law enforcement agencies, as well as consumers education and changing mindsets, Rademeyer added.

“It is encouraging to see growing cross-border collaboration in a number of African countries with Chinese law enforcement authorities, the US and others,” he added.

Serfontein said it takes “an enormous, round-the-clock effort to keep rhinos safe,” but reserves can only do so much to “hold the line”.

“Political interest in the government security cluster to actively shut down the poaching syndicate networks and keep a tight lid on syndicate activities would go a long way to reducing poaching. This is not just about saving an iconic species, it’s about the safety of rangers’ lives and about the well-being of our tourism industry,” she said.