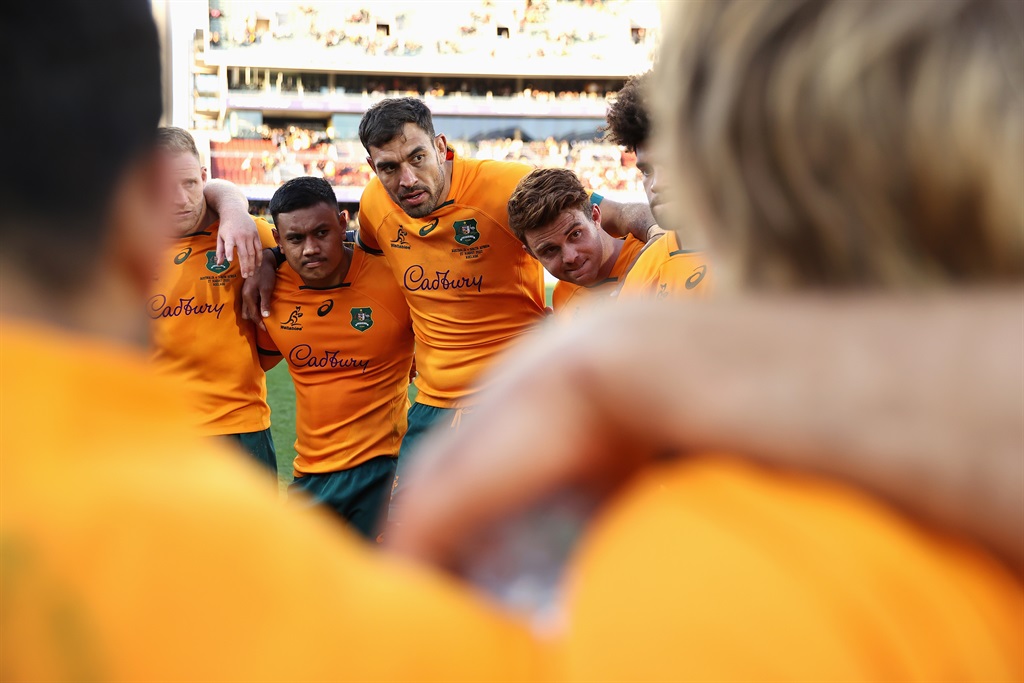 Dave Rennie on Thursday named his first unchanged starting side since taking over as Australia coach, as they attempt to clinch back-to-back wins for the first time this season.

The Wallabies face South Africa in the Rugby Championship at a sold-out Allianz Stadium in Sydney on Saturday after toppling the world champions 25-17 in Adelaide last weekend.

Rennie kept faith with his winning formula, the first time he has done so since taking over from Michael Cheika — now Argentina coach — in late 2019.

“It’s great to be able to have some consistency in selection with the team that played last week earning the right to wear the jersey again in Sydney,” he said.

“We’re excited by the opportunity to play in front of a sold-out crowd.”

The 22-year-old Noah Lolesio was retained as playmaker after his mature performance last weekend, with the ever-improving combination of Hunter Paisami and Len Ikitau outside him in the centres.

Veteran Reece Hodge stays at fullback, while Adelaide man-of-the-match Marika Koroibete and Tom Wright are again on the wings with Nic White at scrum-half.

Rennie gave hooker Folau Fainga’a another chance despite his poor lineout throwing a week ago, joined in the front row by long-time ACT Brumbies teammates James Slipper and Allan Ala’alatoa.

Second-rowers Rory Arnold and Matt Philip round out the tight five with Jed Holloway, Adelaide two-try hero Fraser McReight and Rob Valetini in the back row.

The bench remains a 6-2 split for the second consecutive week, with just one change from Adelaide with Jake Gordon the finishing scrumhalf in his hometown in place of Tate McDermott.

Australia are level on nine points with surprise package Argentina after three games of the southern hemisphere tournament with two wins from three. South Africa prop up the table on four points, one behind misfiring New Zealand.