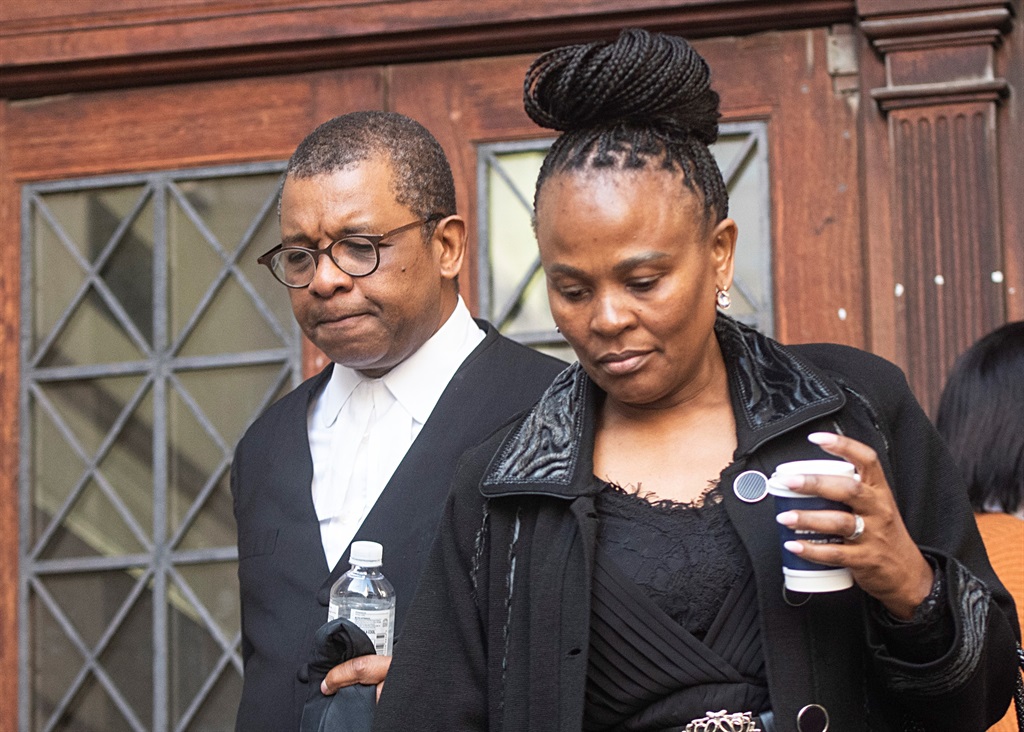 Suspended Public Protector Busisiwe Mkhwebane has asked the Gauteng High Court in Pretoria to review a National Prosecuting Authority (NPA) decision to prosecute her on two counts of perjury.

The NPA indicated in March that it wanted to proceed with the case.

On Wednesday morning, Mkhwebane appeared in the dock of the Pretoria Magistrate’s Court for less than five minutes.

Her advocate, Dali Mpofu, SC, asked the court for a postponement to “allow [them] time” to deal with the High Court review.

READ | ‘I welcome the firing squad’: Mkhwebane on Ramaphosa lawyer’s calls for her to face perjury charges

The matter was postponed to 9 December for the outcome of the review.

The matter stems from a Constitutional Court finding in 2019 that Mkhwebane acted in bad faith and put forward a “number of falsehoods” in a case involving the SA Reserve Bank’s (SARB) loan to Bankorp.

Accountability Now, which initially laid criminal charges of perjury and defeating the ends of justice against Mkhwebane, welcomed movement in the case and said it was “long overdue”.

It is sad that this matter has taken so long, but we are pleased that the decision to prosecute has finally been taken.

Mkhwebane, the first Public Protector to be criminally charged, initially faced three counts of perjury relating to the review case.

Following her first court appearance in January 2021, she made representations to say why she should not be prosecuted. In June that year, one perjury charge was withdrawn.

TIF News previously reported that Bankorp received financial assistance from the SA Reserve Bank between 1985 and 1995, as it was about to collapse due to mounting bad debts, according to Absa.

Absa acquired Bankorp on 1 April 1992, while the SARB’s assistance was still continuing.

The bank stated that Bankorp’s collapse would have resulted in depositors losing their money. It further stated that when Absa acquired Bankorp in 1992, the assistance programme was already in place.

The bank said in 2017, when it explained its position in the matter:

The debt write-offs that would result from the SA Reserve Bank’s intervention were taken into account in determining the price Absa would pay for Bankorp. This price was set at R1.23 billion, and Absa paid it in full. This is why Absa cannot pay for the same thing twice.

Mkhwebane released the Bankorp-CIEX report in June 2017. Her findings directed Absa, which took over Bankorp in 1992, to repay R1.125 billion for a lifeboat provided by the SARB during the apartheid era. She called the bailout “an illegal gift”. The SARB and Absa had asked the court to review the report and set it aside.

The Constitutional Court ruled that Mkhwebane’s “entire model of [the] investigation was flawed”.

It found that she failed to engage with the parties directly affected by her new remedial action before she published her final report, and that her explanation for why she discussed the vulnerability of the Reserve Bank with the State Security Agency (SSA) was “unintelligible”.

The majority judgment also found that Mkhwebane failed to explain why she did not disclose any of her meetings with former president Jacob Zuma in her 2017 report.

She also did not produce transcripts of her meetings with the Presidency or the SSA.