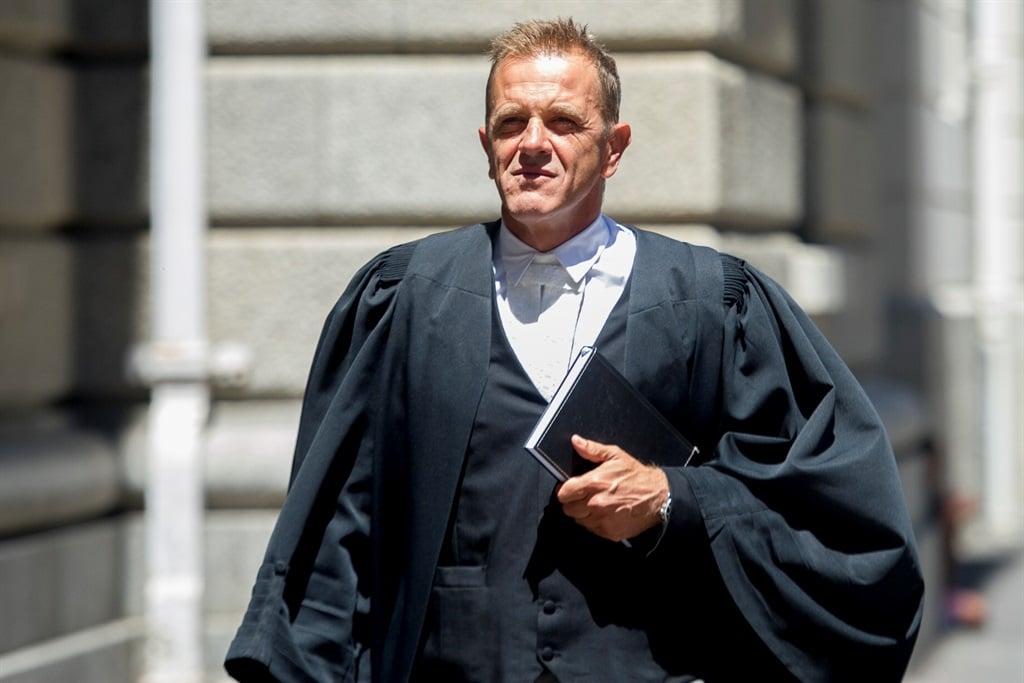 Do you know your new VW Polos from the old, or does your knowledge go no further than generalising about one of the country’s most favourite cars?

And, if you find yourself testifying in a high-profile criminal case in the age of assassins, and are trying to remember to address the judge as “my lady”, would your VW Polo knowledge stand the test of cross-examination nerves?

The perennially popular car had its morning in the spotlight in the Western Cape High Court trial of the three men accused of assassinating Cape Town lawyer, Pete Mihalik, on 30 October 2020.

Sizwe Biyela, Nkosinathi Khumalo and Vuyile Maliti have pleaded not guilty to a charge of murdering Mihalik, and two charges of attempted murder, for almost killing his two children as he was about to drop them off at school at Reddam House.

The State has gathered a trove of CCTV footage and the prosecutor, Greg Wolmarans, started the day on Wednesday by handing out colour copies of stills of some of the footage.

A previous witness was at the ready-to-roll with the actual footage.

“This is one instance where the State has not skimped on its budget,” he quipped, as he reached over to the defence with the six stapled pages; a copy was handed to the accused.

On the stand on Wednesday was Jarred Marcus, who was testifying with regard to the contents of snippets of CCTV footage gathered from a synagogue.

The cameras are believed to have captured the cars, used in the Mihalik murder, driving in the vicinity – on the day of the murder and the day before.

Wearing a blue Umbro jacket, and emitting gentle wafts of morning aftershave on a chilly day, Marcus described himself as a security manager for the Jewish community of Green Point.

He made it clear that he had not handed the CCTV footage, from outside a synagogue, to the police – and that he could not vouch for the time and date stamps on the clips either. He was not present when it was filmed or collected.

However, he was asked to point out and describe a silver VW Polo and a charcoal grey Renault Clio driving up and down Upper Portswood Drive in Green Point the day before Mihalik was assassinated and on the day of the murder.

Both cars captured by the synagogue’s CCTV.

On 29 October, the vehicles drove at a modest pace, past the houses and apartment blocks, with wild irises on the pavement swaying slightly in the sea breeze, and people walking up or down the road.

On 30 October, with the time stamp showing minutes after the murder, the pace was more urgent, with the Renault driving in the opposite lane, and right over a stop street on Upper Portswood Drive, without stopping at the T-junction.

At that time, if the time stamp was correct, Mihalik would already have been dead after being shot in the head and jaw. His son would have been about to be taken to hospital for treatment to a wound from a piece of the bullet which killed his dad. Mihalik’s daughter would have been screaming for help as her dad’s foot rested on the brake of his SUV, music still playing.

The Polo believed to have been used in the Mihalik murder.

The Renault Clio had a Gauteng number plate, with a double “GP” provincial marker at the end of the number plate.

Both are understood to be hired cars, fitted with incorrect number plates.

There was some digression into where south and north were on the images shown on the television screen in court, and whether they were looking at “compass south” or picture south – as the court followed the movement of the cars.

“I am terrible with directions,” chimed in Judge Constance Nziweni, after the defence also wanted to clarify this point. Eventually they agreed that Signal Hill would be used as a direction marker.

After identifying both vehicles, it looked as though Marcus was going to have an early day and get on with his routine.

He asked Marcus whether he knew the difference between a new VW Polo and an old VW Polo. Marcus readily conceded that he did not.

He pointed out that the old model has round headlights, and the new model’s headlights are more triangular. The almond-shaped headlights of the Renault did not come in for closer scrutiny.

The VW Polo in the footage had round headlights.

The front view of the Renault.

“Accused number three [Maliti] will state he was not driving a VW Polo with round lights. He was driving a newer model,” he said, ending his submission as Nziweni pointed out that Marcus was not a car expert.

“There is no proper basis laid as to the authenticity and reliability of the video. This witness cannot do it,” he submitted.

Previous testimony placed Maliti at a gold coin dealer in Kenilworth at about 13:00 on the day of the shooting as he traded 11 Kruger rands for R200 000.

Khumalo had a bad 30 October, as he was nabbed after the car he was in drove away from a traffic officer. He was taken to Sea Point police station, where he was later arrested.

All three are connected to the taxi industry. Maliti owns taxis, and Biyela and Khumalo drive taxis.

Biyela said he came to Cape Town from Durban to drive in Sea Point for Maliti.

The trial continues on Thursday.