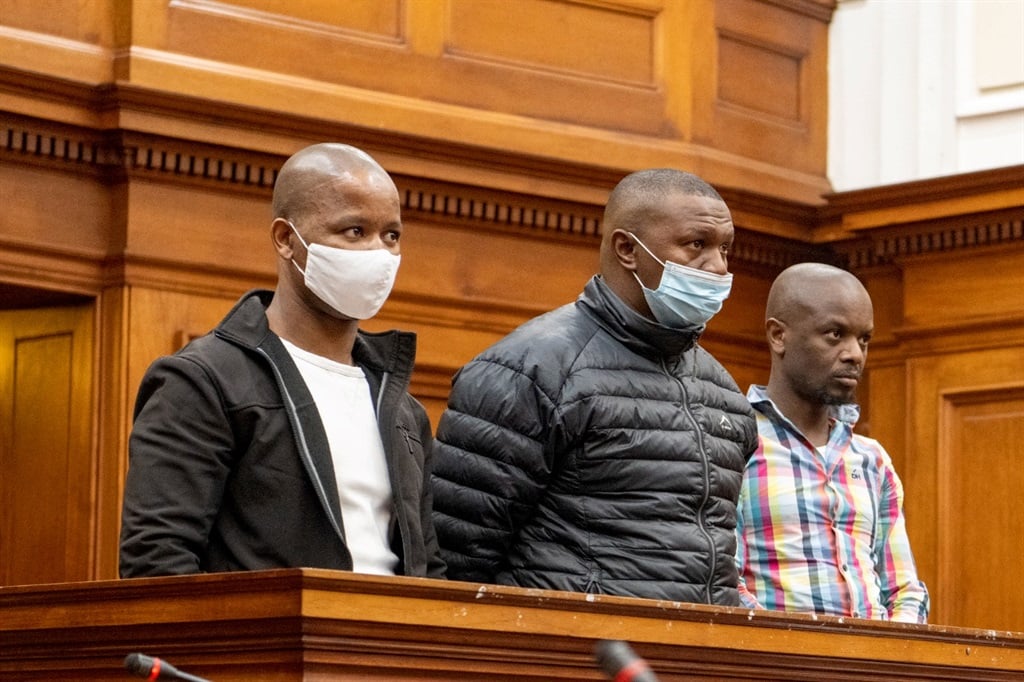 The three accused on trial for the murder of prominent Cape Town advocate, Pete Mihalik in the Western Cape High Court.

Media house eNCA’s application to film the trial of the three men accused of assassinating Cape Town advocate Pete Mihalik was refused in the interests of safety, the Western Cape High Court ruled on Monday.

Judge Constance Nziweni noted the lawyers and prosecutor’s concerns about safety and security, and the potential risks to the accused, lawyers and witnesses should their images be broadcast.

One of the lawyers submitted his instructing attorney had already received a death threat, and he said simply going out to get food for supper became dangerous in cases like this.

Nziweni said the default regarding media filming was openness, but there were competing issues in this particular case.

“Pertaining to safety, clearly the nature of this case on its own speaks to the safety [matters] involved,” she added.

Nziweni felt the presence of other media was sufficient to keep the public informed.

I am of the view that it won’t be in the interests of justice that permission should be granted to cover the testimony of the witnesses, including the accused, when they testify or if they testify.

“However, I don’t have any problem if the judgment is recorded.”

An order on filming the judgment will be handed down when Nziweni is ready.

The trial has alternated between evidence relating directly to the assassination, and lengthy efforts to corroborate the work of late AGU detective Charl Kinnear who led the investigation.

Kinnear was assassinated outside his house in Bishop Lavis on 18 September 2020, and colleagues who worked with him on the investigation have been called in to validate some of the early documentation prepared by him during the arrests.

Mihalik was assassinated on 30 October 2020, while dropping his children off near their school in Green Point.

Sizwe Biyela, Nkosinathi Khumalo and Vuyile Malitia are being charged with murder, two charges of attempted murder and charges of the unlawful possession of a gun and ammunition. They have pleaded not guilty.

Khumalo alleged he was tortured to make admissions that linked him to the shooting. In one of the alleged torture sessions, Kinnear was present, watching, he alleged.

Biyela alleged he was read his rights in English, instead of his mother tongue isiZulu.