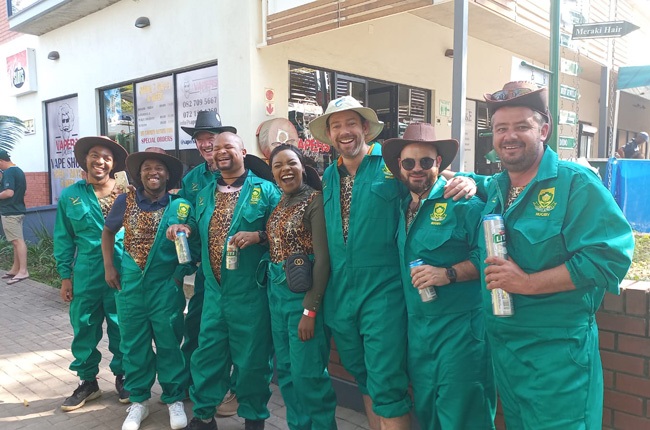 The thing with places like Mbombela is that you can immediately notice when there’s a big event.

From a rugby perspective, they don’t come much bigger than the Springboks hosting the All Blacks. It’s the biggest Test on the South African calendar, and people know this.

If there were people who trickled in dribs and drabs on Friday, they were in their numbers on Saturday.

The city and its establishments were ready for the occasion, with beers and breakfast in green and gold being paired together.

Sport24 took time to visit some establishments, and while they weren’t packed to the rafters, they were green and gold in every sense of the word.

The iLanga Mall was buzzing, as were a few other places, but the Jock Pub and Grill really warmed to the Bok hosting task.

There were two beer gardens at the establishment packed with all sorts of green and gold fans.

It also helped that the joint was close to Laerskool Nelspruit, which served as the parking point for the functional park & ride system.

One can now safely say it’s all systems go for the Bok Test, with the hosts only having one job and one job only: To break the eight-year hoodoo and do so with some style.