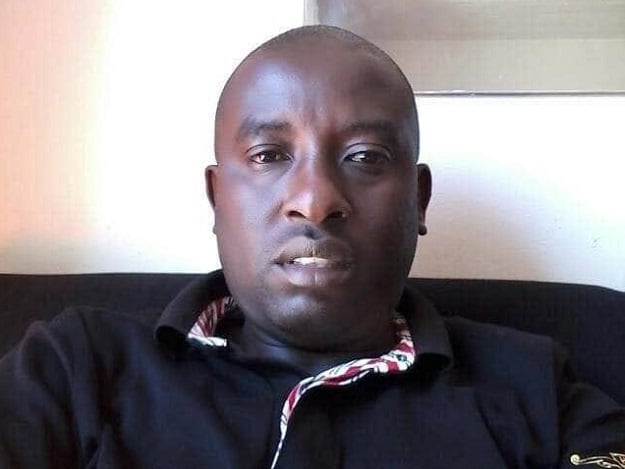 One of the men allegedly implicated in the robbery at President Cyril Ramaphosa’s farm Phala Phala by former State Security Agency director-general Arthur Fraser alleged that the Hawks took him out of prison for questioning in connection with the robbery without his lawyer present.

Urbanus Shaumbwako was arrested in Cape Town in October 2020, allegedly while in possession of 12 unlicensed automatic weapons on Blaauwberg Road in Table View. He had allegedly sped away from a roadblock.

He is understood to have been about to offer a plea in relation to the 12 firearms. The firearms’ identity markers had been modified without written permission, which rendered the weapons unlawful in terms of the Firearms Control Act.

His trial on the firearms charges was delayed for hours in the Cape Town Regional Court on Thursday.

Shaumbwako is named by former correctional services commissioner and State Security Agency director-general Arthur Fraser in an affidavit on the theft of hard cash from Ramaphosa’s farm in Limpopo on 9 February 2020.

When the matter finally came up in court on Thursday, his lawyer Reon Heckrath said that the plea was void because of new developments.

He said the investigating officer and a member of the Hawks took his client out of his cell at Pollsmoor Prison in Cape Town on 27 June this year and questioned him without the lawyer being present.

The lawyer was only told of the development when he was phoned that evening.

“During the visit to my client, they were there for about three hours,” Heckrath told the court.

He said because a complaint of robbery had not been laid regarding the Phala Phala incident, there was not even an official case to justify questioning Shaumbwako.

And, by “coincidence”, the investigating officer in Shaumbwako’s Table View guns case, is also looking into the Phala Phala matter.

Heckrath said the investigating officer and the Hawks officer asked Shaumbwako to go through Fraser’s affidavit and point out any mistakes Fraser might have made, and to correct them.

Two weeks later, Heckrath let the investigating officer know he was in Cape Town. They asked him to bring his client, and for his client to make a statement regarding Phala Phala, but said he did not have to sign the statement. Heckrath said he refused.

“My client is certainly not charged with robbery,” he submitted.

He added that there were also serious concerns about Fraser saying that Shaumbwako’s cellphone was pinged to Cape Town.

“When did he ping my client’s cellphone?” he asked. “How did he know which phone my client uses?”

He asked that Shaumbwako be placed in protective custody in case he is again secretly removed by the police.

He said one of the other people named in Fraser’s affidavit had been shot at in Johannesburg two weeks ago, but did not elaborate.

The matter was postponed to 8 September for further trial preparation on the original firearms charge.

Shaumbwako was taken back into custody. He is being held at Pollsmoor Prison.

Outside the court, National Prosecuting Authority spokesperson Eric Ntabazalila said the firearms case had absolutely nothing to do with the Phala Phala controversy.

Ntabazalila said the only charge he faced was the firearms matter.

He said Heckrath would have to make a formal application to the Department of Correctional Services for his client to be moved into protective custody. For this reason, the matter was postponed to 8 September, and trial dates for the robbery were set down for December.