If we don’t look after whistleblowers, they won’t be around for the next state capture – Zondo | TIF News 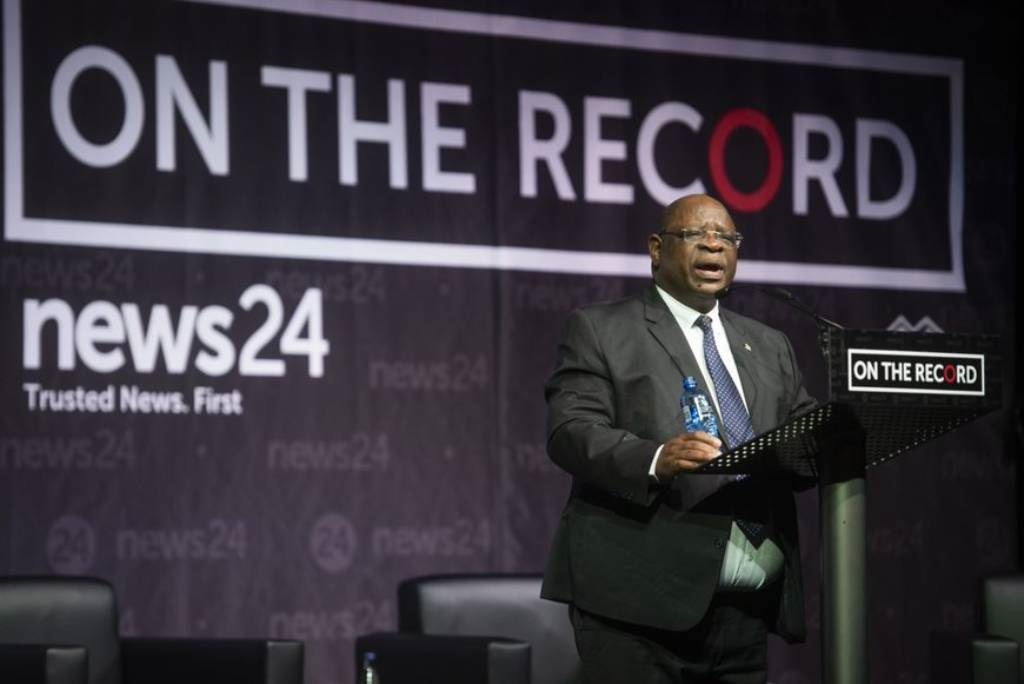 Chief Justice Raymond Zondo has called for greater protection of whistleblowers and said he feared they “won’t be around next time” should there be a repeat of state capture.

Zondo was speaking at TIF News’s On the Record summit in Johannesburg, where he delivered the keynote address.

FOLLOW LIVE | ‘Perhaps we should deliver first, and social compact after’ – Busi Mavuso

“The commission has heard a lot of evidence from whistleblowers. If we do not look after these whistleblowers during state capture, they won’t be around next time. Others will look at how whistleblowers were treated and will not come forward. A lot of people are reporting corruption. We must assure that they are properly protected,” said Zondo.

Zondo’s comments come in the wake of TIF News’s exposé on the assassination of Gauteng health department official Babita Deokaran and the alleged corruption she uncovered at Tembisa Hospital on the East Rand.

Deokaran was killed just more than a year ago.

The audience attending the summit applauded as Zondo said that the protection of whistleblowers was “paramount” to tackle state capture and corruption.

The chief justice also reiterated that what the commission had uncovered was undoubtedly state capture.

“Many of us gathered here, and those who have read on state capture, may be aware that internationally a definition of state capture includes changing laws and changing policies for benefactors to benefit from public funds.

“The view we (Zondo Commission) took in the context of South Africa was to go back to the Public Protector’s report, and it became clear to us that when you go to that report, the main focus of what the Public Protector had in mind was that there were allegations that the Gupta family was exercising undue influence on the head of state. Through their proximity to him (then-president Jacob Zuma), the Guptas influenced decisions in government and SOEs (state-owned enterprises) that were aimed at enriching themselves and their entities from public funds unlawfully,” said Zondo.

It was our analysis that there might be different forms of state capture, but what we had with the Gupta family and the then-head of the state – which included the dismissal of various government officials and SOE heads, leading to those preferred by the Gupta family being placed in charge – in the way it was done, was definitely a form of state capture.

“One of the important things to understand is how they (the Gupta family and Zuma) went about this. When one examines their relationship, it seems very clear that this was a well-designed scheme by the Gupta family, with the assistance of the head of state Jacob Zuma, that was aimed at advancing the business interests of the Gupta family and Mr Zuma’s own son, Duduzane Zuma, who was in business with them.”

Zondo added that the commission realised that “there may be different forms of state capture”.

He said it was essential to understand how the Gupta family and Zuma managed to do what they did.

“The evidence that was led at the commission revealed that the first SOE that the Gupta family and Mr Zuma seemed to have directed their scheme at was Transnet. After Ms Maria Ramos left Transnet in early 2009, and the board had interviewed candidates and decided on suitable candidates, Mr Zuma refused to give his approval for that candidate to be appointed. This was made clear by (former minister of public enterprises) Ms Barbara Hogan.

“This led to a situation where for about two years, an important institution like Transnet had no group CEO because Zuma only wanted Siyabonga Gama… Mr Zuma was not ready to consider anyone else, and this was where it started. Although there was no proof that the Guptas were already involved at this stage, all suggestions point to this.

“Of course, Ms Hogan was dropped as a minister, and Mr [Malusi] Gigaba was appointed. It did not take long after Mr Gigaba had been appointed for the Guptas to announce in December 2010 that Mr Brian Molefe would be the next group CEO of Transnet, which indeed happened within the next three months or so.

“Gama was reinstated under very strange circumstances. The rest of what happened at Transnet after Mr Molefe had been appointed was well known. This indicates how they began to implement their scheme,” said Zondo.

The chief justice said it was, therefore, necessary to have a platform such as TIF News’s On the Record summit to ventilate the Zondo Commission’s findings, given that it was two months since the final part of its report had been handed over to the president. He said various sectors of the country had also had time to digest the report.

“It’s over two months since the State Capture Commission handed over to the president the last parts of its report into allegations of state capture, corruption, and fraud in the public sector, including organs of the state.

“That makes it appropriate because we have had some time to reflect on some of the positions of the report on a matter that has been so important to our country, mainly that our country was captured for private purposes and, in the process, billions and billions of taxpayers’ money was stolen,” said Zondo.

In its findings, the Zondo Commission made damning findings, identifying a pattern of executive interference and political overreach at state companies, with Zuma among those who were fingered as having regularly interfered with operations.

Zondo also found that Zuma’s son, Duduzane, acted as a “conduit” between the Guptas and the government. Evidence presented to the commission also suggested that Zuma “could do terrible things to give effect to the wishes of the Guptas”, such as firing Nhlanhla Nene as his finance minister because he had refused to cooperate with them.

Zondo also found that the influence the Guptas “exerted over former president Zuma was considerable”.

He recommended that law enforcement agencies further investigate Zuma and others, with a view to possible prosecution for corruption and other charges.

On Thursday, Zondo said it was prudent for whistleblowers and investigative journalists to continue playing their role as it was not a guarantee that MPs would stop it in its tracks if a repeat of state capture happened.