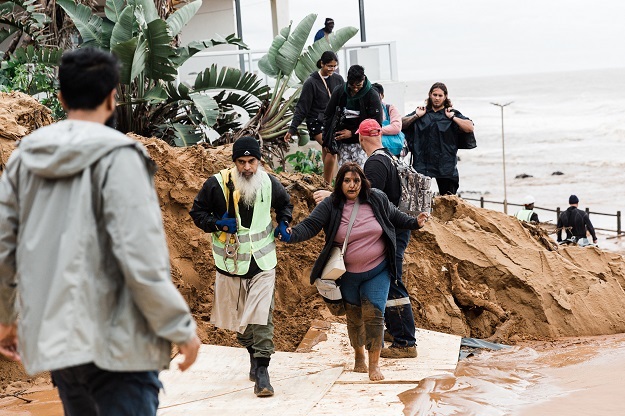 A backlog in addressing the impact of four previous disasters dating as far back as 2013 is now contributing to the slow provision of relief efforts that have failed to meet the needs of flood-affected areas in KwaZulu-Natal and the Eastern Cape.

This was revealed by Auditor-General Tsakani Maluleke on Wednesday when her office tabled its first real-time audit report on the use of relief funds meant for the affected communities to Parliament’s Joint Committee on Flood Disaster Relief and Recovery.

Maluleke said the audit outcomes revealed “the overall response to the disaster has been too slow to alleviate the hardship of flood victims”.

She added although the government had responded by committing itself to providing temporary relief measures, one of the stumbling blokes was a lack of urgency in assessing damage and determining needs, “particularly in the Eastern Cape where there was a limited response”.

Maluleke said damage assessments were not performed because of the backlog in addressing the impact of four previous disasters dating as far back as 2013.

“This has been due to a lack of funding and coordination between municipalities and provincial departments.”

The east coast has in the past decade been battered by torrential rains.

In April 2013, three people reportedly died in the Eastern Cape after flooding in the villages of Mayalulweni and Mkhamkatho.

Floods also struck the province in 2014 with a further loss of life and infrastructure damage.

In 2019, 67 died in KwaZulu-Natal and six in the Eastern Cape after torrential rains battered the east coast.

This year, between 11 and 13 April, severe flooding and landslides caused by heavy rainfall led to the death of 448 people, displaced more than 40 000, and caused billions of rand in damages.

Maluleke said while there was an improvement, particularly by the SA Social Security Agency in dispersing relief as a result of having done so for Covid-19 relief, other spheres of government had not learnt from that lesson to respond timeously during the latest floods.

“In KwaZulu-Natal, assessments were not adequately prepared and did not enable appropriate planning and implementation. This poor planning contributed to the slow delivery against planned milestones.

A man is seen searching through debris at the Blue Lagoon beach following heavy rains and winds in Durban.

Among other interim measures that have not been completed timeously, according to Maluleke, were the inability to install “mobile units, temporary residential units, water tanker services and repairs to government properties”.

She said what was worrying was in several instances, water tanker services were not provided quickly enough, leaving communities without water for days and residents resorting to using unsafe water for their basic needs.

Maluleke added pupils at affected schools “had to contend with unconducive learning environments until the completion of mobile units”.

“Displaced individuals also had to remain in mass-relief shelters for an extended period.”

Rescue workers comb the area of a home in Durban destroyed by a mudslide.

Maluleke’s report concluded the slow response in KwaZulu-Natal could be attributed to “a lack of capacity, inadequate project management, and ineffective monitoring to ensure that contractors completed projects on time and delivered quality goods and services”.

“Government was further not adequately prepared for a disaster. For example, documented processes were not always in place [such as for the supply of ‘water-tankering’ services] to guide and direct efforts to enable service delivery.

“Some challenges experienced during implementation [such as the unavailability of land for temporary residential units] also remain unresolved, resulting in current and future delivery failures,” she said.

Maluleke added the slow response in the Eastern Cape could be attributed to “inadequate coordination and a lack of capacity to manage the disaster, largely due to persistent vacancies, especially in the provincial education, transport, and health departments”.

“Additionally, the departments and municipalities did not reprioritise funds to deal with the disaster as existing objectives would have been compromised.

“That delays in the supply of material because of scarcity from the service providers due to the high demand caused by the floods, bad terrain, and inclement weather conditions contributed to delays in the delivery of temporary residential units.”

The Auditor-General’s latest report included the outcomes of the audit up to 15 July 2022.