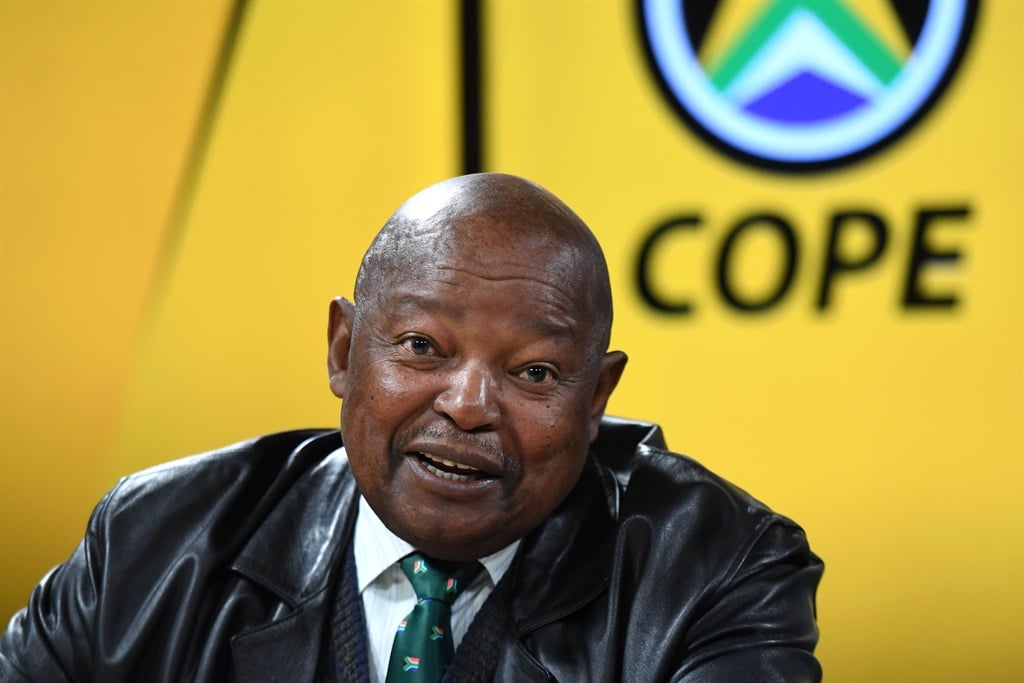 The ailing Cope’s political fortunes received a further blow on Monday when the party’s internal divisions played out in public in a series of tit-for-tat suspensions.

The three had earlier in the day announced Lekota’s suspension citing his role in dividing Cope and his frequent meetings convened “to form parallel structures” within the party.

Madisha also accused Lekota of “promoting actions against which Cope was formed, which include corruption and the removal of elected leaders and representatives such as councillors”.

He also said Lekota’s “frail health” made him “unable to perform and attend to the work of Parliament”.

Lekota, according to Madisha, has also been asked on several occasions to rest, given his “lack of energy and strength”, but “though he agreed on all those occasions, he did not do so”.

“The media briefing and the press statement issued today, Monday 29 August 2022, by the deputy president, Willie Madisha, was a hasty and desperate attempt to save his own skin, and those of his clique, and to try to confuse the public by spreading falsehoods,” said Loate, the national chairperson, in a media statement.

He added that: “The president of Cope, comrade Mosiuoa Lekota, remains active and competent to lead the party and serve as its leader in Parliament. He has the confidence and full support of the CNC [congress national committee], as reaffirmed by the meeting on 20 August 2022.

“Any hallucinations by Willie Madisha and his clique must be dismissed with contempt.”

Loate also reiterated that the facts of the matter were that “a clique of only three leaders in the CNC” had “been engaged in conduct that is unconstitutional, ambitious, and irrational for some time”.

Today’s sideshow was an irrational sham indicative of desperately wounded fellows who will resort to desperate measures to spread falsehoods and confusion.

“This morning, they received a legal notice from the party lawyers to desist and stop the convening of the press briefing because they are under suspension and do not have a legal mandate to speak on behalf of Cope. They will bear the consequences,” said Loate.

Lekota has been at the helm for 14 years.

On 16 December 2008, Lekota announced his candidacy for the leadership of Cope and given that he was the only candidate, was elected without a vote and announced as the party’s first president.

A year after its formation, Cope had its best election result, garnering 7.42% of the vote, with over a million South Africans voting for the newly formed opposition party. It received 30 seats in Parliament

During the 2014 national elections, Cope’s electoral performance drastically declined with the formation of more opposition parties, such as the EFF. The party received only 0.23% of the votes as it amassed less than 10% of the million-plus votes it got five years prior. Owing to its measly 123 235 votes in 2014, Cope’s seats in Parliament dropped from 30 to three.

During the 2019 national elections, the votes further declined, with just over 40 000 South African citizens throwing their weight behind the party. The party saw a further decline in Parliamentary seats, this time only receiving two seats, of which one was occupied by Lekota.